GRAHAM HEDGES HIS BETS (OR BETS HIS HEDGES) 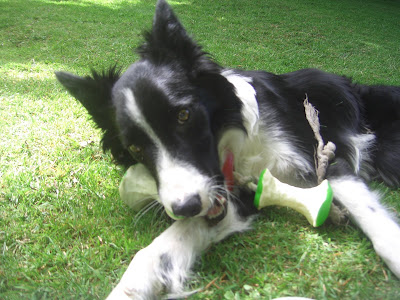 I have known Graham for twenty odd years now. And when I say odd, I mean odd. However, the bloody man never ceases to amaze me. He is an eminently capable fellah, as Bertie Wooster once remarked to Stilton Cheesewright about Reginald Jeeves, and he can turn his hand to almost anything around the house and grounds.

Biggles, as you know, has been making bids for freedom over the last few weeks, and has escaped succesfully on several occasions.

So, it was time for all good men (and 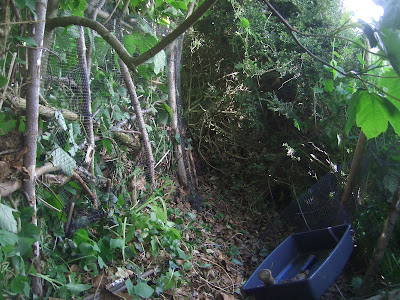 for `all good men` read `Graham`) to come to the aid of the party )and for `party` read `boundry hedge`), because what had once been a boundary hedge was nowadays no such thing.

My father, and my grandmother before him, had been keen gardeners, but round about the time of my mother's death in 2002 the old boy gave up interest in the garden, and basically neglected it.
What had once been a hedge was in a sorry state, but as this picture shows Graham, never having been a hedger of any description, making a bloody convincing job of it....