IT IS SUNDAY: Here is a photo of two baby platypuses wearing fedoras. You're welcome. 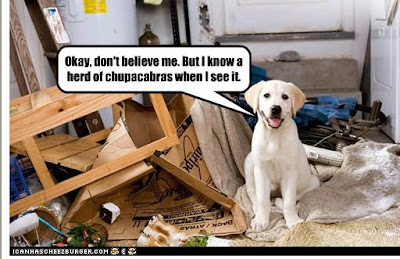 Posted by Jon Downes at 5:22 PM No comments:

It's sunday, so again its time
to do the Gonzo blog in rhyme,
and Scoop-it is playing up you see,
I'm inputting stuff manually,
the links won't be as cool and swish
as I (the editor) would wish,
but there are still stories here for you,
and this work-around will have to do
http://gonzo-multimedia.blogspot.com/2012/07/technical-hitch.html


My computer is playing up to,
and I'm not quite sure what to do,
or what the error message means
God, I bloody hate machines!

I promised Michael De Barres,
that if he travels reasonably far,
and faced a journey that was frantic,
deciding to fly cross The Atlantic,
to visit us, he can have cake
so here's a pic for goodness sake
of my missus and Ma-in-law
offering Lord Des Barres some more

The cake is delicious, satisfying and sweet
quite a bit like the CD of Carnaby Street
http://gonzo-multimedia.blogspot.com/2012/06/i-did-promise-that-my-lovely-wife-would.html

Paul Kantner's intrepid crew,
(that's Jefferson Starship to me and you)
have got a set of four CDs
about some distant galaxies
recorded in New Mexico
at the Roswell Festival don't you know,
expect stuff about Flying Saucers,
and lyrics just as good as Chaucer's
http://gonzo-multimedia.blogspot.co.uk/2012/07/link-jefferson-starship-anniversary.html

Peter McAdam is a funny guy,
but I have to admit that I don't know why
his book is really worth your money,
'cos its so insanely funny

9 Henrys inhabit a universe,
where the drawings are crude and the puns are worse,
but its clever and literate intelligent stuff
and bloody hell it makes me laugh
http://gonzo-multimedia.blogspot.co.uk/2012/06/nine-henrys-book-launch.html

Nik Turner plays a damn fine sax,
and in an interview packed full of facts,
he looks back at the time he grinned,
co-founding a band called Hawkwind.
http://gonzo-multimedia.blogspot.co.uk/2012/07/link-nik-turner-interview-about.html

and I think despite having reached the page,
of my life when I'm a certain page
the fact that stuff like this still moves me
means that I'm probably still slightly groovy
http://gonzo-multimedia.blogspot.com/2012/06/now-thats-what-i-call-busking.html

And I don't regret the time I spend on
finding things to rhyme with 'Lenten',
cos of all the people in this biz
one of my favourites is our Liz,
her 'Indian Summer' album's great
I've played it quite a lot of late
and I've sat down with my cat and dog
perusing her back catalogue.

and its always fun to see what new
links that I can come up for you
Sometimes it is an interview,
but this week its a great review
http://gonzo-multimedia.blogspot.com/2012/06/link-auburn-review.html

And finally Yowsa Yowsa Yowsa,
I got a note from Merrell Fankhauser,
(yes, I know that rhyme was slightly forced,
but its just about par for the course)

His surf guitar playing is best,
and he's playing the Monterey Fest,
and making a documentary which,
has people from Hendrix's Rainbow Bridge.
http://gonzo-multimedia.blogspot.co.uk/2012/06/merrell-fankhauser-writes.html

And my inspiration's getting weak,
so that's about it from this blogging freak,
so, unless we get a chance to speak,
I'll be back again with rhymes next week.
Posted by Jon Downes at 2:11 PM No comments:

On this day in 1976 Anneliese Michel died from starvation and dehydration reputed to have been brought on by an attempt to exorcise her of demons she believed were possessing her. The exorcism of Emily Rose and two other films have been made loosely based on the case, for more info see the Wikipedia page: http://en.wikipedia.org/wiki/Anneliese_Michel

The trailer for The Exorcism of Emily Rose:

INTERESTING INSIGHT ON SOME BIGFOOT SIGHTINGS?

CFZ CANADA: Could Bigfoot Be The Killer/Kidnapper on the "Highway of Tears" in British Columbia?

I have noticed many negative comments about this article, some are saying that the article is disrespectful to the families and the missing and killed woman.In the article I wanted to bring to light to the public the horrific incidents that have been occurring in Highway 16 and other nearby highways in the BC area of Canada. In no way was my intent to make any one upset specially the families of these women. The connection to Bigfoot been the killer kidnapper of these woman to me is also absurd...