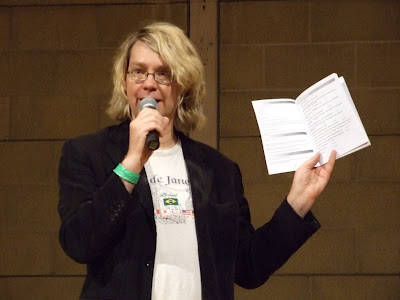 Here is a poem I wrote a while ago called Winged Cat.

Winged cats are not a product of too much LSD,
They really do exist, a rare skin disorder,extending
the fur, fortunately not occuring in humans (I think.)
When was the last time you reported
a woman or man with wide flesh flaps coming
out of his arms walking down your
high street like Bat-Man
(or should that be Cat-Man?)
at midnight?
Or do you fancy a twelve month stint
locked up in an asylum?
Posted by Jon Downes at 2:22 PM No comments:

On this day in 1845 the Edgar Alan Poe poem “The Raven” was first published.

Never-more:
http://www.youtube.com/watch?v=27ZvwQd-wXw
Posted by Jon Downes at 1:06 PM No comments:

Email ThisBlogThis!Share to TwitterShare to FacebookShare to Pinterest
Labels: ollyn

MUIRHEAD`S MYSTERIES: AN IRISH WILDMAN AND AN ODD RHINOCEROS-LIKE CREATURE

On Monday 23rd I was at the British Library's Newspaper Library to try and find more items of Hong Kong's cryptozoology. Unfortunately this was unsuccessful (except for the German article, see below). However, I did find two items of interest on databases I haven`t used before. Firstly, a story of an Irish wild man, on the 17th – 18th Burney Collection Newspapers: The London Journal dated July 16, 1720-July 23rd 1720 -

'We have a very odd Creature here, like a Man in Shape, but covered like a Bear; they tell us he came from Ireland, where he lived till he was Twenty Years old, and run wild in the Woods: All the Parts of his body are overgrown with long black Hair, which they having stiffened and rubed backwards makes him look very deliciously [sic-R] it seems, and the Women go in Shoals to see him. They shew him for Two-pence a Piece and an innumerable many Customers they have had but as they expose him no lower than his Waste, their Trade begins to fail them, and the Females Curiosity to abate.' (1)

Well, apart from the sociological interest of a human/wild man being exhibited, which we all know happened, there is the obvious cryptozoological question and identity with N. American wild men/mystery hominids, as in Bio Fortean Notes 2: as in the case of a `What-is-It` reported in the Galveston, Texas, Daily News of March 25 1888, with long black hair. I`m sure there are many other similar cases.

The Irish wild man is said to have come from Ireland but it is not clear to where; presumably London as that is where the paper was published.

The rhino (or what?) story was from the Johannesburg (?) Star in c. 1920 from the African Newspapers database. This is the story:

THE STRANGE ANIMAL IN THE CONGO - Hunter`s Interesting Statement.

Mr J.R. McClang writes to the “Star” – I was interested to read of the discovery of the strange animal encountered by an engineer while hunting in the Belgian Congo. The animal so described is similar to one I shot in one of the closed districts of Uganda, but smaller.

The following are the circumstances – I was travelling in the direction of the river Nile, in Uganda, in the year 1909, when I suddenly saw what I thought to be a rhino. Upon close examination I found this animal was not of the rhino species, but quite a strange animal I had never seen before. It was longer than the full grown rhino, and about the sameheight, but broader. This animal had two tusks, about 3 feet long, and a long horn between the nose and the top of the head at least 2 feet long and very thick. I was so astonished at seeing such an animal that I stood gazing at same, within 80 yards, for at least two minutes. I then aimed for the brain and shot. He must have got my scent and swerved his head. I lowered my rifle for the heart shot, fired, and got him in the lung. This I could tell by the thick blood he left in his track. His spoor was similar to an elephant`s, but broader. I followed up his track`s and found him behind some bush on the banks of the Nile. I fired my heavy bore 577 – both barrels. Both bullets went through his spine and he rolled into the river. That`s the last I saw of him. My native trackers were old hands at the game, and I questioned them closely, but they were as astonished as myself, saying they never saw such an animal before.

When I was hunting in the Wamba Forest, now in the Belgian Congo, I had 300 pigmy natives with me and they were very keen on taking me deeper into the forest, where they said I could get the very big elephants with three tusks, and in my dealings with the little pigmies I found them very keen and the best of trackers and very truthful, but owing to fever I had to leave that part. I hope to be leaving by the end of next month upon a big game hunting expedition and I am going very deep into the marshy part of the great Congo forest as long as my health is good. (2)

I also found this reference in London: Notizen uber die Fauna Hong Kong`s und Schanghai`s by Geory von Frauenfeld – Sitzungsberichte der Mathematisch-naturwissenschaftlichen Classe der Kaiserlichen Akademie der Wissenschaften 35 (1859): 240-272 If or when I get a copy of this, is there anyone out there who can translate German into English?

WATCHER OF THE SKIES: Cuckoo special

As regular CFZ-watchers will know, for some time Corinna has been doing a column for Animals & Men and a regular segment on On The Track... about out of place birds, rare vagrants, and basically all things feathery and Fortean.

Because we live in strange times there are more and more bird stories that come her way so she has now moved onto the main CFZ bloggo with a new column with the same name as her aforementioned ones...

Tracking Cuckoos into Africa
The cuckoo is ‘red-listed’ due to it being one of the UK’s fastest declining migrants. It has always been one of those migrants whose travelling we knew least about. In 2011 the BTO attached satellite-tracking devices to five cuckoos in Norfolk so as to study their migratory habits and hopefully learn more about the cause of their decline. The project is funded by a partnership between the BBC Wildlife Fund, BTO members (through the 2010 Christmas raffle) and Essex & Suffolk Water.

Clement, Martin, Lyster, Kasper and Chris were caught during May and June last year and each of them have their own blog in which their progress to Africa has been monitored. If you have not done so already, you can catch up on this worthwhile and fascinating project by visiting, in the first instance, http://www.bto.org/science/migration/tracking-studies/cuckoo-tracking From there you will be able to link to various sections, including the individual cuckoo blogs.
Posted by Jon Downes at 12:44 PM No comments:

Email ThisBlogThis!Share to TwitterShare to FacebookShare to Pinterest
Labels: Animals and Men, corinna downes, on the track, Watcher of The Skies

Back in the day, my editor the late Simon Wolstencroft and I used to play a game called 'Fantasy Journalism' during which we concocted unlikely headlines. He drank himself to death three years ago, but if we ever needed proof of a life after death, this is probably it. Over on the afterlife he must have had a hand in this preposterous (but true) headline.

Email ThisBlogThis!Share to TwitterShare to FacebookShare to Pinterest
Labels: journalism

I held this one back because it kept accumulating unbelievable amounts of garbage html. I had to keep cleaning it out and finally I decided to push it through while I had a decently clean version of the finished text:
http://frontiersofzoology.blogspot.com/2012/01/jadesquatch-and-crystal-wildman-skull.html
Posted by Jon Downes at 12:32 PM No comments:

Two New Articles Just Posted at the Frontiers of Anthropology.
The first is the last part on the Uralic peoples and Boreal culture, to which I have added several pertinent additions and to which I intend to add a followup Part 4 next time:
http://frontiers-of-anthropology.blogspot.com/2012/01/more-on-uralics-part-3.html


The Second article may, as Wikipedia states, represent either an unknown "Animal" (Apeman) or merely an undiscovered tribe. Ivan Sanderson called the Maricoxi a surviving Neanderthal type and Wikipedia applies the name to a number of similar beings from pygmy to gigantic stature:
http://frontiers-of-anthropology.blogspot.com/2012/01/ivan-sanderson-on-maricoxi.html
Posted by Jon Downes at 12:31 PM No comments: