The male pine marten was taken by a camera trap on Forestry Commission land on the North York Moors.
It was the first confirmed record of a pine marten in the area for 24 years and the first living one recorded for 35 years, the commission said.
The mammal was once common but is now confined mainly to northern Scotland.
Posted by Jon Downes at 12:01 PM No comments:

Posted by Liv McCarthy at 10:57 AM No comments: 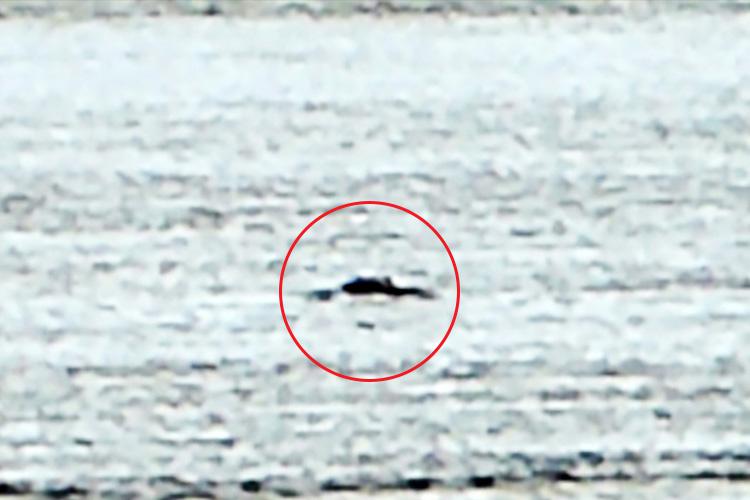 Code UFO
THESE mysterious photos have triggered hypothesis that the Loch Ness Monster has been discovered – 80 miles from her house. An Austrian couple ...

Firenews
THESE mysterious pictures have prompted speculation that the Loch Ness Monster has been found – 80 miles from her home. An Austrian couple ...
Posted by Jon Downes at 10:48 AM No comments:

Mirror.co.uk
Rumours of a 'Chinese Nessie' are rife after reports an underwater monster was spotted emerging from a lake in China. Officials are believed to be ...
Posted by Jon Downes at 10:48 AM No comments:

Vintage News
Loch Ness is the world-famous one because of a certain monster–or perhaps a dinosaur that time forgot–who supposedly lives in its cold waters, ...
Posted by Jon Downes at 10:39 AM No comments:

ON THE TRACK IS BACK 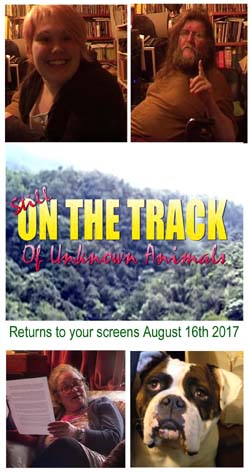 Okay, boys and girls, I know that I have been shilly-shallying about on this subject for a couple of years, but I am very happy to be able to announce that our web TV show – On The Track – will be returning in a couple of weeks’ time.

Why have we chosen this particular time? For the first time in seventeen years, the middle of August will not be seeing a Weird Weekend. This is mostly because of my own health problems, and the fact that I am just too old and too decrepit to deal with such things. However, it has left a cryptozoologically shaped hole in my life, and so I decided that it was about time to bring back something that I’ve always enjoyed, but that I didn’t always have time to do.

I have also decided that, in a vain attempt to try to appeal to the Patreon generation but mostly because I enjoy the technical challenge, the production values are higher than they used to be and the show features more different segments, and although it will remain as silly, and hopefully as entertaining as ever, we are upping the content level of both Hard Science and High Strangeness.
I am co-presenting this show with the irrepressible Charlotte Phillipson, and while we are talking about young guns within the CFZ, we will also be featuring regular reports from Colin Schneider from Ohio, host of the Crypto Kid radio show on WCJV Digital Broadcasting, every Monday at 8pm EST.

Watch this space, and prepare to hold on to your seatbelts. It’s going to be a bumpy ride.
Posted by Jon Downes at 5:00 AM No comments:

ON THIS DAY IN - 1930 - Betty Boop had her beginning in "Dizzy Dishes" created by Max Fleischer.
And now some more recent news from the CFZ Newsdesk