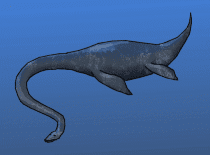 An open-water swimmer dressed as the Loch Ness monster poses after winning the fancy dress ...

Yahoo News
View An open-water swimmer dressed as the Loch Ness monster poses after winning the fancy dress competition before taking part in the annual ...
Posted by Jon Downes at 12:42 PM No comments:

Lars Thomas: Tales from the CFZ Laboratory
Posted by Jon Downes at 12:37 PM No comments:

www.gonzomultimedia.co.uk/about.html
Well, guess what I was doing until stupid o'clock this morning?
I had not intended to do so, but I stayed up all night watching the Scottish referendum results. I found the whole experience fascinating. It was probably the most exciting referendum that I have watched since my first one back in the February of 1974. I am pleased with the result but not for the sort of flag waving Land-Of-Hope-And-Gloryesque reasons that many people seem to be celebrating this morning. As a nation we are in deep trouble, and there are many things that are badly wrong. If we are to fix them, it will only be by a concerted effort of all of us, rather than by the Balkanisation of Britain.
It seems to me that many of the Scottish politicians on both sides of the divide have more to recommend them than do the politicians of further south in out Scepter'd Isle. I think there is much that the Palace of Westminster could learn from the way that politicians in Scotland have behaved over this issue. But even that is not the best thing about the result. The people of Scotland have sent a clear message to those in Power over us all that the current system for all of us in the UK is not working and has not worked for a long time. We need a complete re-evaluation of our social and political infrastructure which will go far beyond regional assemblies and a measure of Home Rule. I would like to think that this is the beginning of something truly momentous for the United Kingdom, and I can't wait to see what happens next!
TRACK OF THE DAY: Sex Pistols - Anarchy In The UK
http://gonzo-multimedia.blogspot.co.uk/2014/09/track-of-day-sex-pistols-anarchy-in-uk.html
THOM THE WORLD POET: The Daily Poem
http://gonzo-multimedia.blogspot.co.uk/2014/09/thom-world-poet-daily-poem_44.html
Brand X: UK press
http://gonzo-multimedia.blogspot.co.uk/2014/09/brand-x-uk-press.html
PLAYLIST: Strange Fruit #88
http://gonzo-multimedia.blogspot.co.uk/2014/09/playlist-strange-fruit-88.html
Tribal Hybrid Concept: US review
http://gonzo-multimedia.blogspot.co.uk/2014/09/tribal-hybrid-concept-us-review.html
Peter Gabriel, Mick Rogers, Manfred Mann's Earth Band, Paula Frazer and U2 Fans, had better look out! The latest issue of Gonzo Weekly (#95) is available to read at www.gonzoweekly.com, and to download at http://www.gonzoweekly.com/pdf/.
It has the one and only Mick Rogers, singer/guitarist with Manfred Mann's Earth Band and the legendary Aviator on the cover, and an exclusive interview with the man himself inside. Doug Harr meets the lovely and massively talended Paula Frazer, and Jon critiques the new U2 album and is critical about its marketing. There are also new shows from the wonderfully eccentric Jaki and Tim on their Submarine, from the multi-talented Neil Nixon at Strange Fruit from Canterbury sans Frontieres presented by Matthew Watkins, and from M Destiny at Friday Night Progressive. There is also a collection of more news, reviews, views, interviews and long nosed potoroos (OK, no weird antipodean macropods, but I got carried away with things that rhymed with OOOOS) than you can shake a stick at. And the best part is IT's ABSOLUTELY FREE!!!
Read the previous few issues of Gonzo Weekly:
Issue 94 (John Ellis cover)http://gonzo-multimedia.blogspot.com/2014/09/gonzo-weekly-94.html
Issue 93 (Jaki Windmill cover)
http://gonzo-multimedia.blogspot.com/2014/08/gonzo-weekly-93.html
Issue 92 (Weird Weekend cover)
http://gonzo-multimedia.blogspot.com/2014/08/gonzo-weekly-92.html
Issue 91 (Galahad cover)
http://gonzo-multimedia.blogspot.com/2014/08/gonzo-weekly-91.html
Issue 90 (Steve Bolton cover)
http://gonzo-multimedia.blogspot.com/2014/08/gonzo-weekly-90.html
All issues from #70 can be downloaded at www.gonzoweekly.com if you prefer. If you have problems downloading, just email me and I will add you to the Gonzo Weekly dropbox. The first 69 issues are archived there as well. Information is power chaps, we have to share it!
You can download the magazine in pdf form HERE:
http://www.gonzoweekly.com/pdf/
To make sure that you don't miss your copy of future issues make an old hippy a happy chappy and subscribe
http://eepurl.com/r-VTD
As well as the Gonzo Weekly, there is a daily service called - wait for it - The Gonzo Daily, and you can subscribe for free HERE:
http://eepurl.com/OvPez
*  The Gonzo Daily is a two way process. If you have any news or want to write for us, please contact me at  jon@eclipse.co.uk. If you are an artist and want to showcase your work, or even just say hello please write to me at gonzo@cfz.org.uk. Please copy, paste and spread the word about this magazine as widely as possible. We need people to read us in order to grow, and as soon as it is viable we shall be invading more traditional magaziney areas. Join in the fun, spread the word, and maybe if we all chant loud enough we CAN stop it raining. See you tomorrow...

*  Jon Downes, the Editor of all these ventures (and several others) is an old hippy of 54 who - together with an orange kitten named after a song by Frank Zappa puts it all together from a converted potato shed in a tumbledown cottage deep in rural Devon which he shares with various fish, and sometimes a small Indian frog. He is ably assisted by his lovely wife Corinna, his bulldog/boxer Prudence, his elderly mother-in-law, and a motley collection of social malcontents. Plus.. did we mention the orange kitten?
Posted by Jon Downes at 12:25 PM No comments:

UPI.com
Researchers allege a bark sample collected near Moscow is evidence of Almas, the Russian version of Bigfoot, living near the capital city.

Are Bigfoots Causing the California Wildfires?

Bigfoot Evidence ⋅ Shawn
Shocking video evidence proves that Bigfoot is causing most California .... Tho website posts the dumbest shit and makes bigfoot look like a big

Is This a Bigfoot Sighting or a Leaf Sighting?

Bigfoot Evidence ⋅ Shawn
Dr. Squatch and Coseph of Bigfoot and Beyond were out scouting a new area the other day and inadvertently filmed something very interesting

Newser
(Newser) – People in the US have long been on the hunt for Bigfoot, just like those in Canada are in search of Sasquatch and the Himalayas lay claim ...
Posted by Jon Downes at 12:01 PM No comments:

AND TO WHISTLE WHILE YOU WORK... (Music that may have some relevance to items also on this page, or may just reflect my mood on the day)
Posted by Jon Downes at 6:38 AM No comments: