A Fish Has Passed The Benchmark Test Of Self-Awareness

For the first time, a species of fish has demonstrated evidence of possible self-awareness by passing the famous mirror test.
In a series of experimental observations conducted by Japanese researchers, bluestreak cleaner wrasse – a petite coral reef fish – were able to recognize that their reflection represented their own body.
Until now, the only non-human animals that have passed the test – regarded among behaviorists as the benchmark for higher level cognitive capacity – have been a handful of mammals (several apes, elephants, orcas, and dolphins) and birds in the crow family. (A controversial study suggests that ants may have passed too)
https://www.iflscience.com/plants-and-animals/a-fish-has-passed-the-benchmark-test-of-selfawareness-is-it-time-to-rethink-their-intelligence/
Posted by Jon Downes at 3:19 PM No comments: 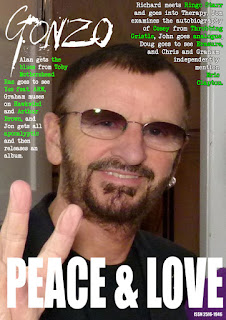 ON THIS DAY IN -   31 B.C. - The Roman leader Octavian defeated the alliance of Mark Antony and Cleopatra. Octavian, as Augustus Caesar, became the first Roman emperor.
And now some more recent news from the CFZ Newsdesk