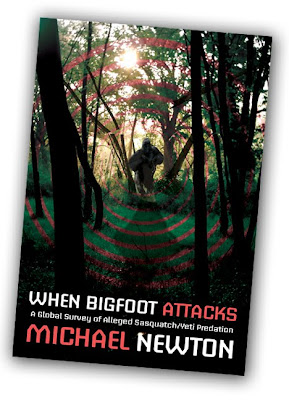 DAVEY CURTIS IS RE-READING JON'S OWLMAN BOOK, AND IT HAS PUT HIM IN A STRANGE MOOD 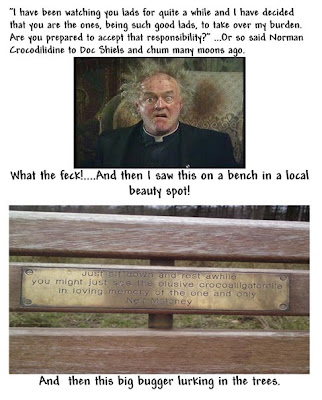 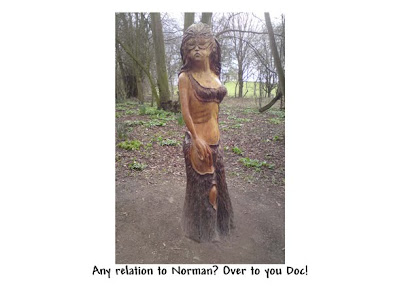 ONE FROM THE ARCHIVES: A young-looking Jon and Richard on the trail of the golden frogs of Bovey Tracey in 2001 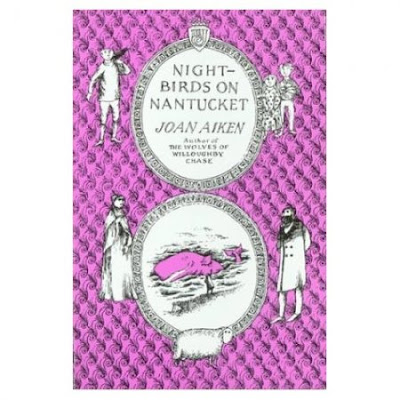 Yesterday Karl Shuker posted Part Two of his blog on the cryptozoology of Dr Dolittle and he bemoaned the fact that a certain mystery beast that he had been hoping to see in the 1967 movie was not there:

I was seven years old when the film musical was released in Britain in 1967, and on the day that my father took me to see it at the local cinema I was in a state of great excitement, especially as my mother had told me to make sure that I didn’t miss seeing “the great pink whale”. Sadly, however, despite paying particular attention throughout the film (no mean feat in itself, as its running time was a rather lengthy 152 minutes), I never did spot this wonderful yet evidently highly-elusive creature – but for good reason. When, returning home afterwards, I told my mother that I hadn’t spotted it, she confessed, in a rather embarrassed state, that she had somehow confused Dolittle’s great pink snail with another famous oceanic mega-beast – Moby Dick, the great white whale! Thus was born the great pink whale - albeit neither in nature nor on screen, but at least for a short time in my mother’s hazy recollection and, as a result, in my own enthusiastic imagination. A pity, really, as a great pink whale would almost certainly have been an even more amazing sight than either a great pink snail or a great white whale! 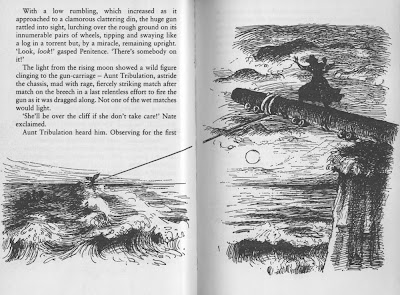 If you are looking for a great pink whale, you need look no further than Nighbirds on Nantucket (1966) - a novel by the incomparable Joan Aiken, and the third in her saga, usually named after the most famous book in the series The Wolves of Willoughby Chase (1963). It features a pink sperm whale called 'Rosie' who is pictured on the cover, and within the book.

If you have not read any of Joan Aiken's books I recommend The Shadow Guests (1980) to any reader of a fortean persuasion. It is genuinely creepy....
Posted by Jon Downes at 11:20 AM No comments:

On this day in 1962 NS Savannah, the first nuclear powered civillian cargo-ship was launched in the USA. Maybe it's just me but the idea of poorly protected non-military vessels (military is bad enough but necessary evil and all that) floating around the oceans with radioactive materials aboard just to power a ship seems a tad insane. Even if you ignore the threat of pirates/terrorists getting their grubby mitts on some nice material for making dirty bombs with and the consequences for the crew and the environment if something goes wrong it does sound a bit like using a sledge hammer to put a drawing pin in.

What flavour is it?
http://www.youtube.com/watch?v=Z_u7VGiMO0U
Posted by Jon Downes at 11:20 AM No comments: 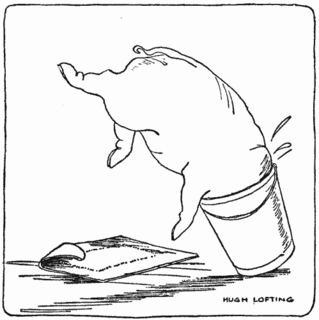 Following on from the accusations levelled at Dolittle author Hugh Lofting the we covered the other day here is conclusive proof that Lofting was Pigist!
Posted by Jon Downes at 11:11 AM No comments: