Tracking The Sasquatch: with Rene Dahinden

Bigfoot Research News
Rene Dahinden is one of the pioneers of Bigfoot research in North America. He is also one of the Four Horsemen of Sasquatchery. The other three

Bigfoot Terrorizes Arkansas Family (Video)
Before It's News
The Fouke Monster isn't the only bigfoot creature roaming the hills, mountains, and bottom lands of Arkansas. One man's story was recently featured ...

Bigfoot Waving At The Camera (Video)
Before It's News
Mild mannered father by day, Squatch Master by night, Jeff Patterson believes he has captured video of not one, but two bigfoot creatures, hiding ...
Posted by Jon Downes at 2:35 PM No comments:

The Gonzo Daily - On the Seventh Day of Christmas

The Crypto-Kid Catches A Fly

My name is Leo Carney and I am eight years old. This is a picture of me when I caught a fly one Saturday a couple of weeks ago. I was watching Rise Of The Guardians on DVD when the fly went right in front of me. I reached out and managed to catch it alive for the picture, then let it go out of the window. Anyone know what kind it is, please? I know the picture is a bit small. 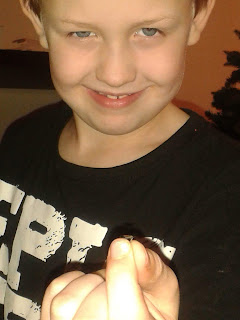