BoardGameGeek
For decades reporters from the around the world have been on the hunt for the Loch Ness monster. But lately reports of sightings of Nessie have been ...

Aberdeen PR agency pits Nessie against a Polar Bear, a Shark and a Monkey in narional awards

Aberdeen Business News
The campaign to promote the Baxters Loch Ness Marathon has been ... selfie photobombed by the internationally renowned prehistoric sea monster.
Posted by Jon Downes at 11:00 AM No comments:

Congratulations to our long term Illinois representative
Posted by Jon Downes at 10:51 AM No comments:

Happy Birthday dude
Posted by Jon Downes at 10:49 AM No comments:

CFZ COLLECTION: Look what I have just bought 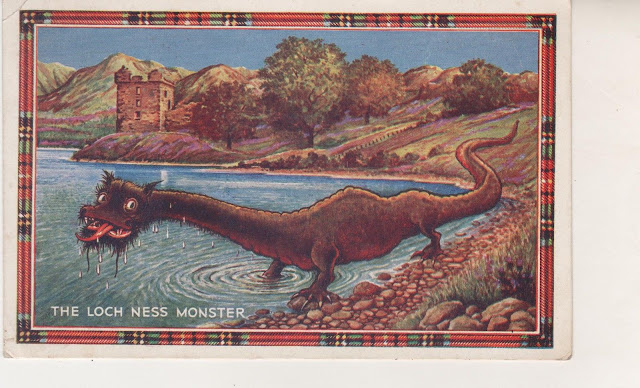 Bigfoot Evidence
A while back we posted a video that was labeled as the most impressive bigfoot footage ever. Those were of course their words, and we were just ...

Man Recounts Sighting Of Bigfoot In Scotland My Personal

Centralia Chronicle
A Winlock man who says he has evidence Bigfoot exists has gained support for some city council members for his idea to launch a research and ...
Posted by Jon Downes at 3:30 AM No comments:

ON THIS DAY IN 1400 - Owain Glyndwr was proclaimed Prince of Wales after rebelling against English rule. He was the last Welsh-born Prince of Wales.
And now some more recent news from the CFZ Newsdesk