CRYPTOLINK: Does This Family Video Capture a Canadian Sasquatch?

Does This Family Video Capture a Canadian Sasquatch?

2014 has already turned out to be a very interesting year for our good pal Bigfoot. First, hunter and Sasquatch enthusiast Rick Dyer claimed to have bagged himself a Bigfoot, which he's currently showing off and even taking on tour across America. Now, over in Canada, a family believes that they caught themselves a Bigfoot of their own, though it's only video footage they've got to show, rather than a carcass.

The video, which was posted over on Ghost Theory last week, shows the family going out for a walk in the snowy woods of Calgary, when they suddenly spot something very strange across the river from where they're standing. "That's not human," the young daughters keep repeating, and the video indeed does appear to show some sort of creature that certainly doesn't look like any human being I've ever come across.

Check out the video of the alleged sighting below, and then leave a comment and let us know if you think this is legit, or just another hoax!

Posted by Jon Downes at 2:45 PM No comments: 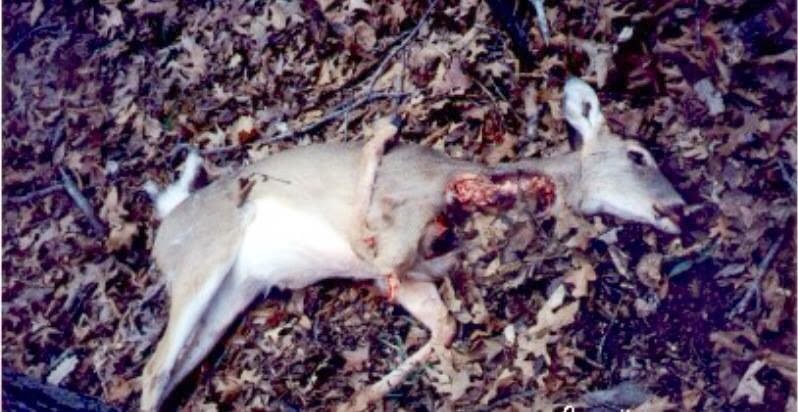 Bigfoot researchers believe that in some parts of the world, deer meat is vital for sasquatch to survive.

What has Corinna's column of Fortean bird news got to do with Cryptozoology?

www.gonzomultimedia.co.uk/about.html
Yesterday was actually a rather nice one. The new intern seems to be working out very well. Saskia and Ellie are delightful young ladies who work hard, achieve a lot and are both useful and a pleasure to have around the place. However this morning didn't start very well, as I received a totally unexpected electricity bill for about £1,100 for stuff I should have been billed for months ago and wasn't. As I type, Graham is currently upstairs trying to sort things out with SWEB. However, things are not all doom and gloom here this morning because as I rose to greet the day I was met with a Facebook message from a bloke called Pedro telling me about a band called Sendelica.
Somewhere in West Wales,  at the edge of the Western lands, about as far west as you can go on the island of Great Britain without getting your feet wet, a bunch of musicians lurk in the outer darkness making some extraordinary music. Inhabiting vaguely the same space as many of the other bands that I am currently listening to, Sendelica's music has been described as blending "the hypnotic pulse of Can, the impressionistic atmospherics of Pink Floyd, the motorized proto-punk of Neu, the space patrolling guitar pyrotechnics of Hendrix and the otherworldly ambiences of The Orb." But that is a horribly sterile way of describing them, but I suppose that I did nick it from Wikipedia.
For all their electronics and technology this is an incredibly organic ensemble, in tune with the rhythms of the earth. There is something impressively basal and primal about them which is difficult to put one's fingers on. To relate them to Pink Floyd is lazy journalism, because apart from the fact that they are vaguely spacy and have a sax player who sounds more like Dick Parry on 'Us and Them' than Nik Turner on 'Orgone Accumulator', they are - to my mind - far closer to an unholy German bands like Can and Neu, and the trippy, largely instrumental bits of Electric Ladyland. But then again the dance music comparisons, at least as far as the atmospherics of The Orb and even Aphex Twin are concerned make a weird sort of sense, even though there ain't a sign of repetitive beats in sight!
I would seriously check them out!
A Termite in the Wood: Captain Beefheart & The Magic Band
http://gonzo-multimedia.blogspot.com/2014/02/a-termite-in-wood-captain-beefheart.html
GONZO TRACK OF THE DAY: Hawkwind - Hassan I Sahba
http://gonzo-multimedia.blogspot.com/2014/02/gonzo-track-of-day-hawkwind-hassan-i.html
JOEY MOLLAND INTERVIEW
http://gonzo-multimedia.blogspot.com/2014/02/joey-molland-interview_19.html
Jones, Percy: Cape Catastrophe (reissue) Review
http://gonzo-multimedia.blogspot.com/2014/02/jones-percy-cape-catastrophe-reissue.html
THOM THE WORLD POET: The Daily Poem
http://gonzo-multimedia.blogspot.com/2014/02/thom-world-poet-daily-poem_18.html
Brand X: US review
http://gonzo-multimedia.blogspot.com/2014/02/brand-x-us-review_19.html
AND OTHER STUFF...
Remember, the Farplace Animal Rescue people need your help. They are good guys and only need just over 100 more signatures...
http://gonzo-multimedia.blogspot.com/2014/02/appeal-for-farplace-animal-rescue.html
Issue 65 of The Gonzo Weekly is now available.
http://gonzo-multimedia.blogspot.com/2014/02/the-story-chris-squireyes-02-11-14.html
This issue features an EXCLUSIVE Pink Fairies interview, an exclusive interview with prog album artist Sandor Kwiatkowski, the return of the mighty Six Foot Three, Clepsydra box set details, a massively desirable slice of Acid Mothers Temple memorabilia, news about Hawkwind live next weekend, an oral hygiene tool endorsed by an Oriental dictator, A Communique from Pussy Riot, the Psychedelic Warlords live, and more news, reviews, views, interviews and brindled gnus (OK, no specialised African antelopes but I got carried away with things that rhymed with OOOOS) than you can shake a stick at. And the best part is IT's COMPLETELY FREE!!!
You can read it here:
http://forteanzoology.blogspot.com/2014/02/gonzo-weekly-65.html
To make sure that you don't miss your copy of this and future issues make an old hippy a happy chappy and subscribe
http://eepurl.com/r-VTD
PS: If you are already a subscriber but think that you haven't been receiving your copies please check your spam filters. For some reason known only to the Gods of the internet, some e-mail programmes automatically count the magazine as 'spam' probably because it comes from a mass mailer. Either that or they are just jealous of our peerless content.
*  The Gonzo Daily is a two-way process. If you have any news or want to write for us, please contact me at  jon@eclipse.co.uk. If you are an artist and want to showcase your work or even just say hello, please write to me at gonzo@cfz.org.uk. Please copy, paste and spread the word about this magazine as widely as possible. We need people to read us in order to grow, and as soon as it is viable we shall be invading more traditional magaziney areas. Join in the fun, spread the word, and maybe if we all chant loud enough we CAN stop it raining. See you tomorrow....

*  Jon Downes, the editor of all these ventures (and several others), is an old hippy of 54 who - together with his orange cat (who is currently on sick leave in Staffordshire) and two very small kittens (one of whom is also orange) - puts it all together from a converted potato shed in a tumbledown cottage deep in rural Devon, which he shares with various fish, and sometimes a small Indian frog. He is ably assisted by his lovely wife Corinna, his bulldog/boxer Prudence, his elderly mother-in-law and a motley collection of social malcontents. Plus...did we mention the orange cat?

On this day in 1955 the actor Jeff Daniels was born. Daniels's film roles include parts in Arachnophobia, Dumb and Dumber and Looper, and the upcoming sequel to Dumb and Dumber; Dumb and Dumber Too (which will either be really funny like the first one was or unwatchable pap like the ill-advised prequel. And now the news:

I really hope Dumb and Dumber Too will be this funny (I doubt it but I live in hope) :

http://www.youtube.com/watch?v=UnkefjCES-4
Posted by Jon Downes at 9:34 AM No comments: