YESTERDAY WAS QUITE EXCITING... 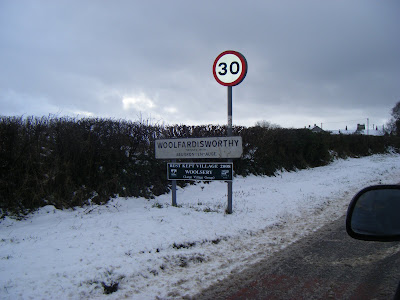 I have not been very well for some time, so I was asleep when Corinna came in to tell me that Graham had just telephoned. He had managed to get as far as Bideford but the buses any further along the A39 had been cancelled.

Could I drive into Bideford to get him? The roads were pretty bad, but taking Oll along to ride shotgun, I managed to negotiate the road into Bideford (which admittedly was pretty well OK from Fairy Cross onwards). I dropped Oll off in Bideford, and the fact that he emailed me YNT proves that he got to his girlfriend's house OK, and Graham and I made it back. Just.

So everyone is where they should be except for Prudence who decided to reward me for my Captain Oates-like heroism by spending most of the night alternately sticking her muzzle in my ear and snoring loudly, or trying to climb upon my head.

(The picture, BTW, was from last year, because I forgot to take the camera)
Posted by Jon Downes at 11:49 AM 1 comment:

WHETHER animals comfort dying comrades and show signs of grieving for the dead may depend on where they live, as well as on how compassionate they are. Read on...

WARNING (ESPECIALLY TO NAOMI): This includes a bit of video, of a bereaved mother baboon carrying around the corpse of her baby, which may well upset you.
Posted by Jon Downes at 11:46 AM No comments:

Email ThisBlogThis!Share to TwitterShare to FacebookShare to Pinterest
Labels: bereavement

IF ANYONE WONDERS WHAT TO BUY THE CFZ NEXT CHRISTMAS... 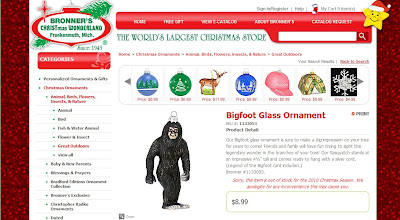 Thanks to Doug Shoop for spotting this
Posted by Jon Downes at 11:44 AM No comments:

...who pointed out that I made a cock-up in my links the other day. If you were unable to get to Andrew Gable's centaur article, you can find it at:
http://forteanzoology.blogspot.com/2010/12/andrew-gable-man-horse-of-arkansas.html
Posted by Jon Downes at 11:43 AM No comments: 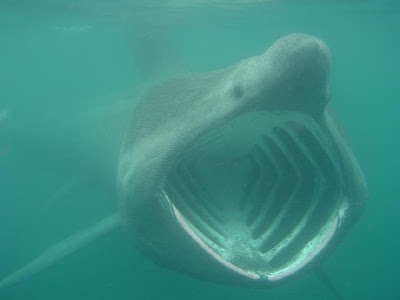 When Bernard Heuvelmans published his classic study of sea serpents in 1965 he included a chronological list of creatures stranded or captured between 1648 and 1964, together with his own interpretation of the evidence supplied by media reports. Of fifty-eight finds, spanning 316 years, Heuvelmans identified forty-six to his own satisfaction as oarfish, cetaceans, sharks, one specimen of Architeuthis, and one probable hoax. The dozen that remained were tagged with enigmatic question marks. 1

One of those left dangling as an unsolved mystery was a globster beached at Cape May, New Jersey, in 1887. Heuvelmans recorded its discovery in an appendix to his epic work but made no mention of it in his text. A list of sources for strandings omitted from further discussion cites a November 1887 issue of the long-defunct Boston Courier, otherwise undated. Ben Roesch, reviewing the father of cryptozoology’s work in 1998, could not locate the article in question. 'Until I am able to do so,' he wrote, 'this carcass remains a literal unknown.' 2
But no longer. 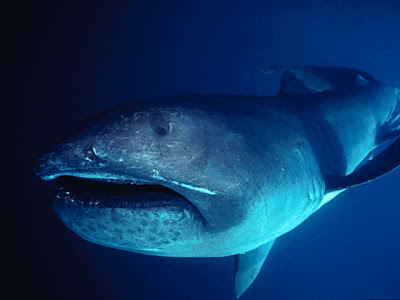 While researching the first ever definitive survey of globsters for CFZ Press, I obtained a copy of the long-missing report, with generous assistance from Henry Scannell, curator of Reference and Information Services at the Boston Public Library. The story, headlined 'The Stranded Sea Serpent,' appeared on page one of the Boston Courier, on 6 November 1887. It reads:

'The sea serpent business is practically ruined. A genuine specimen of the tribe has been washed ashore at Cape May, and the mystery is forever dispelled. Who will be greatly excited by a glimpse of a creature which will now be set down in the tables of the naturalists, and ticked with a long and learned name? When there were grave doubts whether the sea serpent really existed, then indeed there was a certain amount of pleasure and excitement in running across a monster declared by half the world to be fabulous; but now the whole business is reduced to the level of the commonplaces.

'Now that the serpent is in the hands of scientists, moreover, they have measured him, and it is painful to see how far short he falls of his supposed length. What are a paltry dozen feet beside the forty or fifty with which tradition had endowed him? Who can ever again really respect a beast that has fallen so absurdly short of its reputation? Even its big mouth and thick hair can do very little toward making up for this fatal deficiency of extent, and unless a bigger specimen can be forwarded from beneath the seawater immediately the fame of the race is irretrievably injured. Proprietors of seaside resorts which depend for success upon the reported presence of the sea serpent off their shores should send a communication at once to the king of the clan to lay the case before him, and to see if a bigger specimen cannot be induced to sacrifice himself for the good of his kind by coming to be measured. With a little diplomacy much may yet be done to save the fading fame of the sea serpent, but it must be done quickly, before the specimen ashore at Cape May shall have been generally received as typical.'

No “long and learned name” was forthcoming, but the facetious article provides certain basic information about the Cape May globster—specifically, its twelve-foot length, plus an allusion to its “big mouth and thick hair.” It is somewhat surprising that Dr Heuvelmans, with said article in hand, did not suggest a possible identify for the stranded creature. He made do with less in other cases, including five between 1808 and 1896 wherein he proposed the existence of large unknown sharks. 3
The Cape May specimen’s “big mouth” instantly suggests that common globster candidate, the basking shark (Cetorhinus maximus), well known to ichthyologists since 1765. A possible alternate suspect might be the megamouth shark (Megachasma pelagios), unrecognised by science until 1976. Both exceed the relatively modest twelve-foot length of Cape May’s “serpent,” with record lengths of forty feet and eighteen feet, respectively.
But what of the monster’s “thick hair”? Fish have none, but as a shark’s skin decomposes, the underlying muscle fibres may protrude, resembling hair that varies in colour from white to red. Such was the case, we’re told, with Scotland’s fifty-five-foot Stronsa beast of 1808, which Heuvelmans confidently labeled a “giant basking shark or unknown shark.”4
Again, his hesitation in identifying Cape May’s specimen may be the greatest mystery involved in the affair.
And yet ....
Who were the unnamed scientists described as measuring the carcass and removing it for further study? Where did they take the carcass? Did they ever reach a final verdict on the stranded beast’s identity? If so, that finding never rated mention in the Boston Courier or any other East Coast newspaper so far discovered, much less in the august New York Times. Perhaps, therefore, some vestige of the mystery endures.
1 Bernard Heuvelmans, In the Wake of the Sea-Serpents (New York: Hill and Wang, 1968), pp. 587-8.
2 Ibid., pp. 587, 624; Ben Roesch, “A Review of Alleged Sea Serpent Carcasses Worldwide (Part Two—1881-1891),” The Cryptozoology Review, Vol. 2, No. 3 (Winter-Spring 1998): 33.
3 Heuvelmans, p. 587.
4 Ibid.
Posted by Jon Downes at 11:40 AM 1 comment:

YOU TUBE BLURB: I can not identify this animal. Tts features are: very muscular/robust build, a tail about the size of a walnut,its size is about 1/3 bigger then a domestic cat. It has a gait similar to a deer's. I have been as close as 5 feet from this "cat" and I still have zero idea what it is. Its size is consistant(I have observed it for the last 6 months) making it NOT a young bobcat. Please comment if you know what species this is.
Posted by Jon Downes at 11:16 AM 1 comment:

On this day in 1848 Emily Brontë, author of Wuthering Heights, died of tuberculosis.
Now for the news:

This is, according to its poster on youtube, the world's funniest dog video. I wouldn't go that far, but it will raise a smile:
http://www.youtube.com/watch?v=Hb92wQpPG-s
Posted by Jon Downes at 11:15 AM No comments: