International team hopes to settle thylacine mystery once and for all Thylacine expedition leader Mike Williams, left, and Rebecca Lang are part of the expert team hoping to fi nd evidence that could solve Tasmania’s great Tasmanian tiger mystery. Picture: Chris Kidd Source: Mercury
THE thylacine has officially been put on notice: the hunt is on.
An international team of naturalists from the Centre for Fortean Zoology has arrived in Tasmania for the first in a series of well-resourced and professional expeditions into Tasmania's wilderness to hunt for evidence of the Tasmanian tiger.
Although the animal was officially declared extinct in the 1980s, reports of thylacine sightings are still common and expedition leader Mike Williams from NSW has high hopes that they can find something.
"The problem with a lot of the sightings from members of the public is that they're generally caught by surprise, and their photos are taken on things like mobile phones and aren't very good," he said.
"It will take really good quality video to really convince anyone and preferably a video shot by a person, so we've brought as much gear as we can to improve our chances of being ready if we do see one." Mr Williams is highly regarded in his field and has spent many years searching for evidence of the big cats that are said to roam areas of rural NSW and Victoria.
He is careful not to be too specific about the regions they will investigate in Tasmania, but said they would focus on the state's northwest and southwest.
"We're meeting up with some eyewitnesses to begin with and that will help us narrow down our search areas," he said.
Read on... 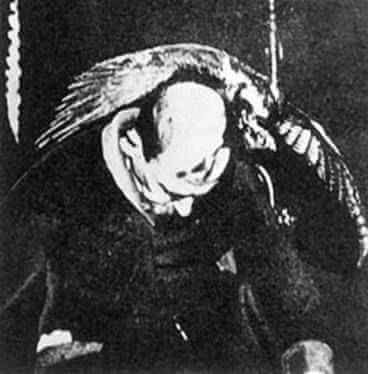 Posted by Jon Downes at 5:20 PM No comments:

Posted by Jon Downes at 3:47 PM No comments:

I can, for once, get on with writing deathless prose, answering e-mails and generally trawling the few bits of social media to which I subscribe looking for people that I want to comment on something. Add to that the fact that I now have a pair of rather nifty studio monitors in my office, and I now no longer have to keep the music low enough so I can hear the telephone.

I got an e-mail today from a regular reader of my inky-fingered scribblings, in which he told me that I shouldn't be so self-deprecating when I am writing. It would be much better if I came on more assertive. It was a very interesting e-mail and massively kindly meant, but I disagree with him, and I feel that I should explain why. The strapline 'Because some of us still believe that this stuff is important' really sets out our stall. Once upon a time the music and cultural issues about which I write each day were centre stage in Western society. Now they are not. We all have smart phones but we as a society have lost sight of the social and cultural issues some of us feel are important. This is basically what I am writing about and campaigning for with all the things that we do: musical, cultural, scientific and Fortean. I am not a big corporate dude in a commercial office; I am just what I say I am: a disabled bloke trying to change the world from a badly converted potato shed. I would like to quote Hawkwind at this point and say that culturally speaking I am an "Urban Guerilla, I make bombs in my cellar", but in the current sociopolitical climate that would be a very unwise thing to do.

Another visit to our old friend Thom the World Poet
http://gonzo-multimedia.blogspot.com/2013/10/thom-world-poet-daily-poem_30.html

Today's Track of the Day is by Van Der Graaf Generator
http://gonzo-multimedia.blogspot.com/2013/10/the-gonzo-track-of-day-van-der-graaf.html

Roy Wood: "I was in such agony I could barely stand"
http://gonzo-multimedia.blogspot.com/2013/10/roy-wood-i-was-in-such-agony-i-could_30.html

In One of his Final Interviews, Frank Zappa Pronounces Himself “Totally Unrepentant”
http://gonzo-multimedia.blogspot.com/2013/10/in-one-of-his-final-interviews-frank.html

*  Jon Downes, the Editor of all these ventures (and several others), is an old hippy of 54 who - together with his orange cat (who is currently on sick leave in Staffordshire) and two very small kittens (one of whom is also orange) - puts it all together from a converted potato shed in a tumbledown cottage deep in rural Devon, which he shares with various fish, and sometimes a small Indian frog. He is ably assisted by his lovely wife Corinna, his bulldog/boxer Prudence, his elderly mother-in-law, and a motley collection of social malcontents. Plus... did we mention the orange cat?
Posted by Jon Downes at 3:45 PM No comments: 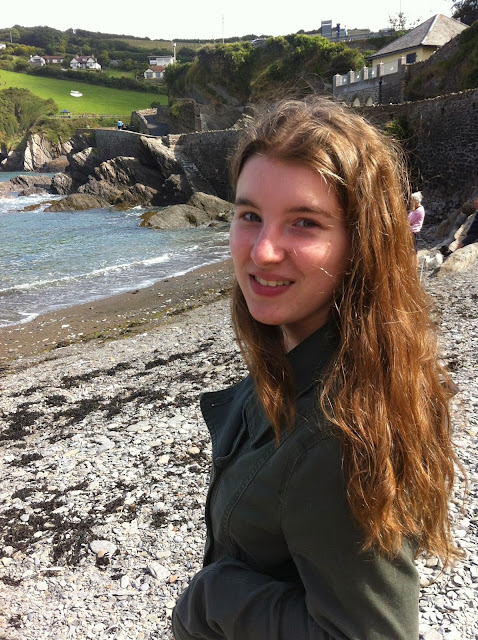 INAPPROPRIATE CORNER: 'Once Upon a Time': The White Rabbit and Snow White's magical lady parts

Does Snow White have a magical vagina on "Once Upon a Time"? Thanks to an unfortunately -- but hilariously -- timed promo for "Once Upon a Time in Wonderland," the White Rabbit made it look like Ginnifer Goodwin's lady parts were some sort of magical portal.
The resulting image is kind of amazing.
While the rabbit graphic is incredible on its own, Snow White's line just before the promo appears makes it even better:
"You're searching for something powerful enough to vanquish the queen."
Is ABC implying that Snow White is hiding that something in her pants?
According to a "Once Upon a Time" showrunner, alas, the whole thing was a mistake and not some new sort of subversive advertising. "I never thought I would have so many emails about Ginny's vagina," Edward Kitsis told EW.com. "It's embarrassing, but at the same time, it's so silly it's hard to take serious. It's so obvious that somebody didn't realize what they were doing."

On this day in 1945 Henry Winkler was born, ayyy. Fun Fact: studio executives would not let The Fonz wear a leather jacket during the entire first season of Happy Days as they thought it would make him lookalike a criminal, rapscallion or ne'er-de-well. For season 2 they agreed that he could wear a leather jacket when he was with his motorcycle. During the entire run of season 2 The Fonz always has his motorcycle with him in every scene as a result.

http://www.youtube.com/watch?v=t4ZGKI8vpcg
Posted by Jon Downes at 9:45 AM No comments: