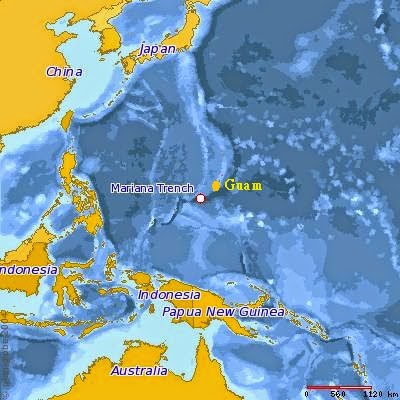 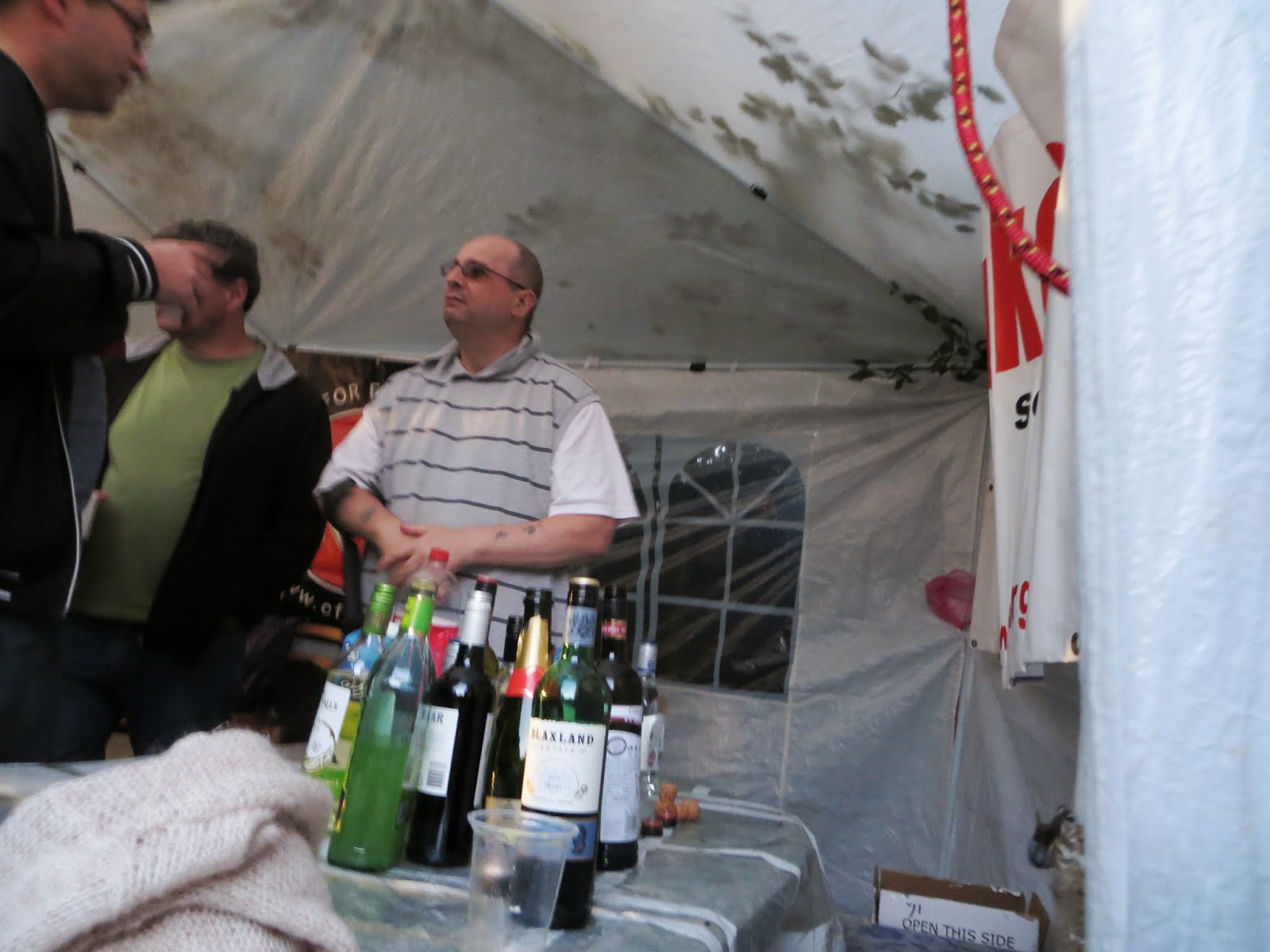 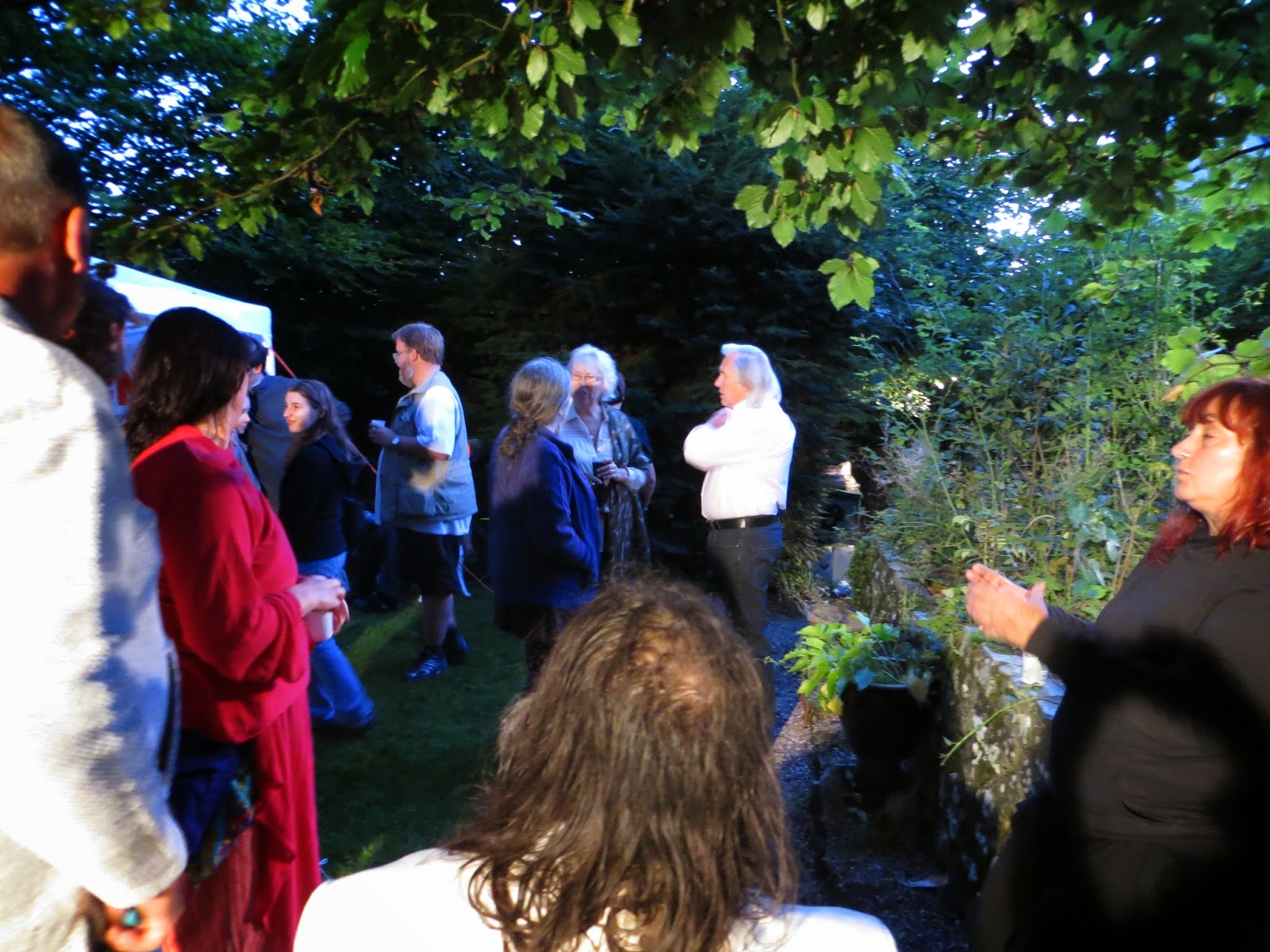 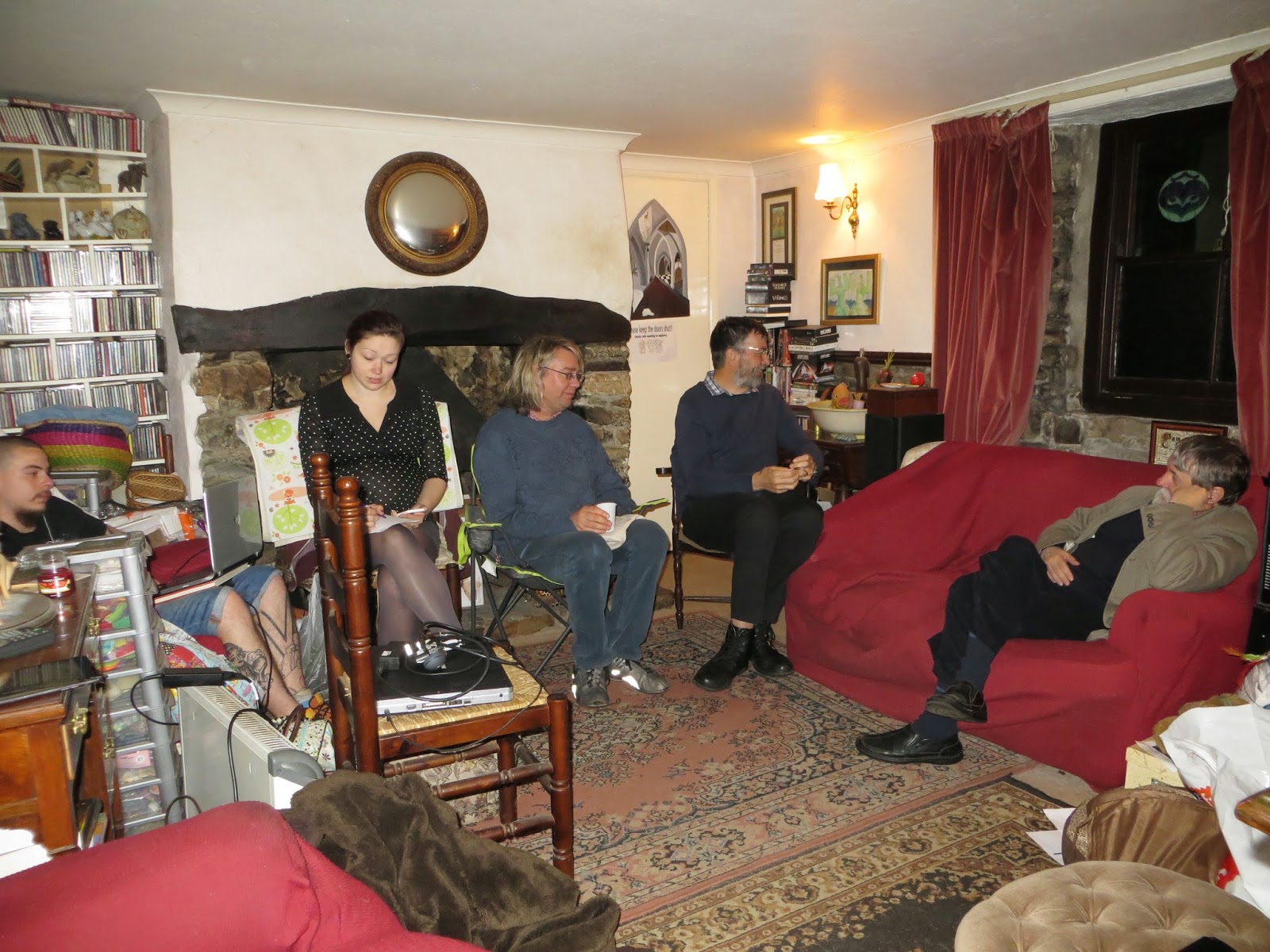 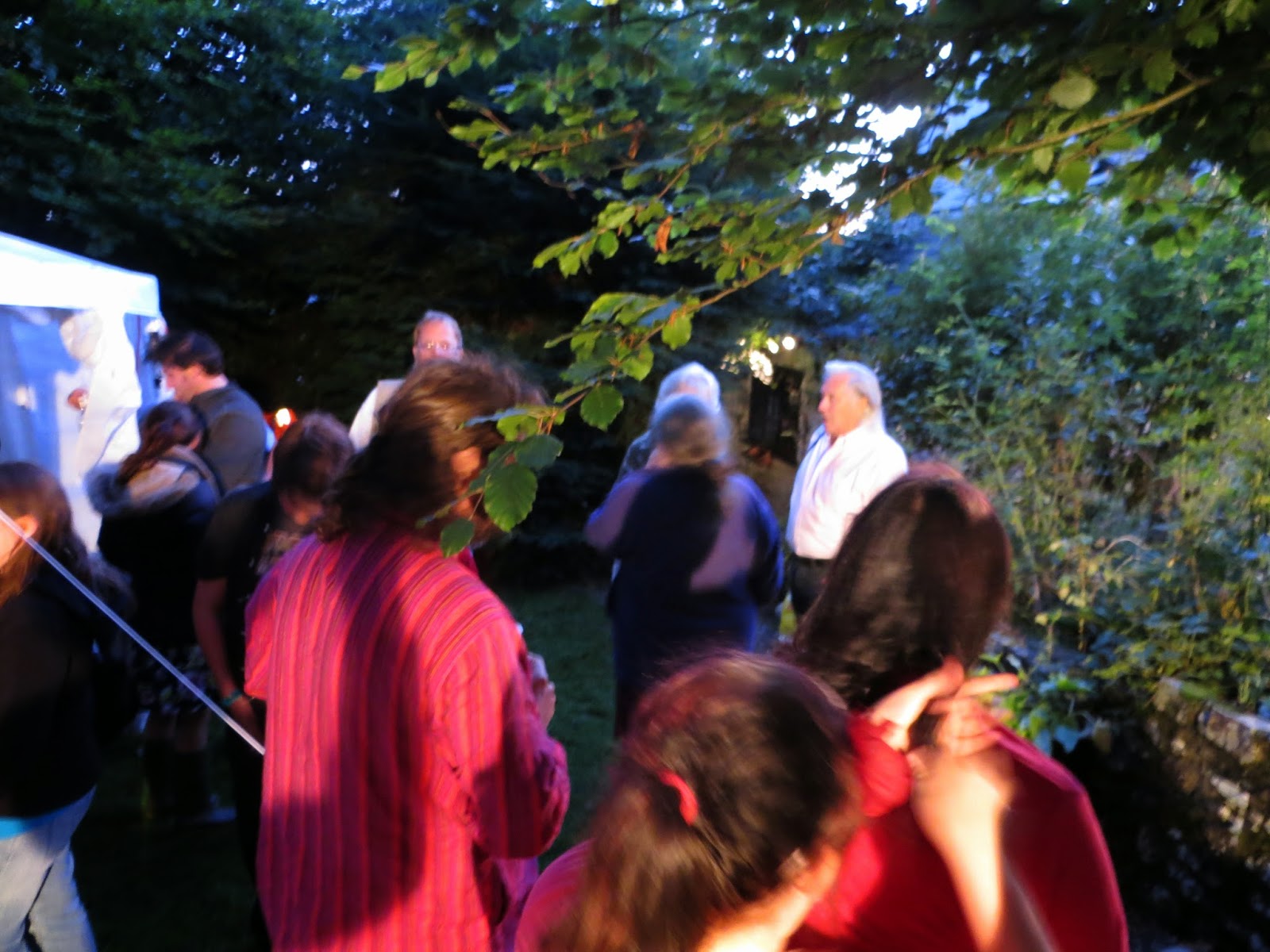 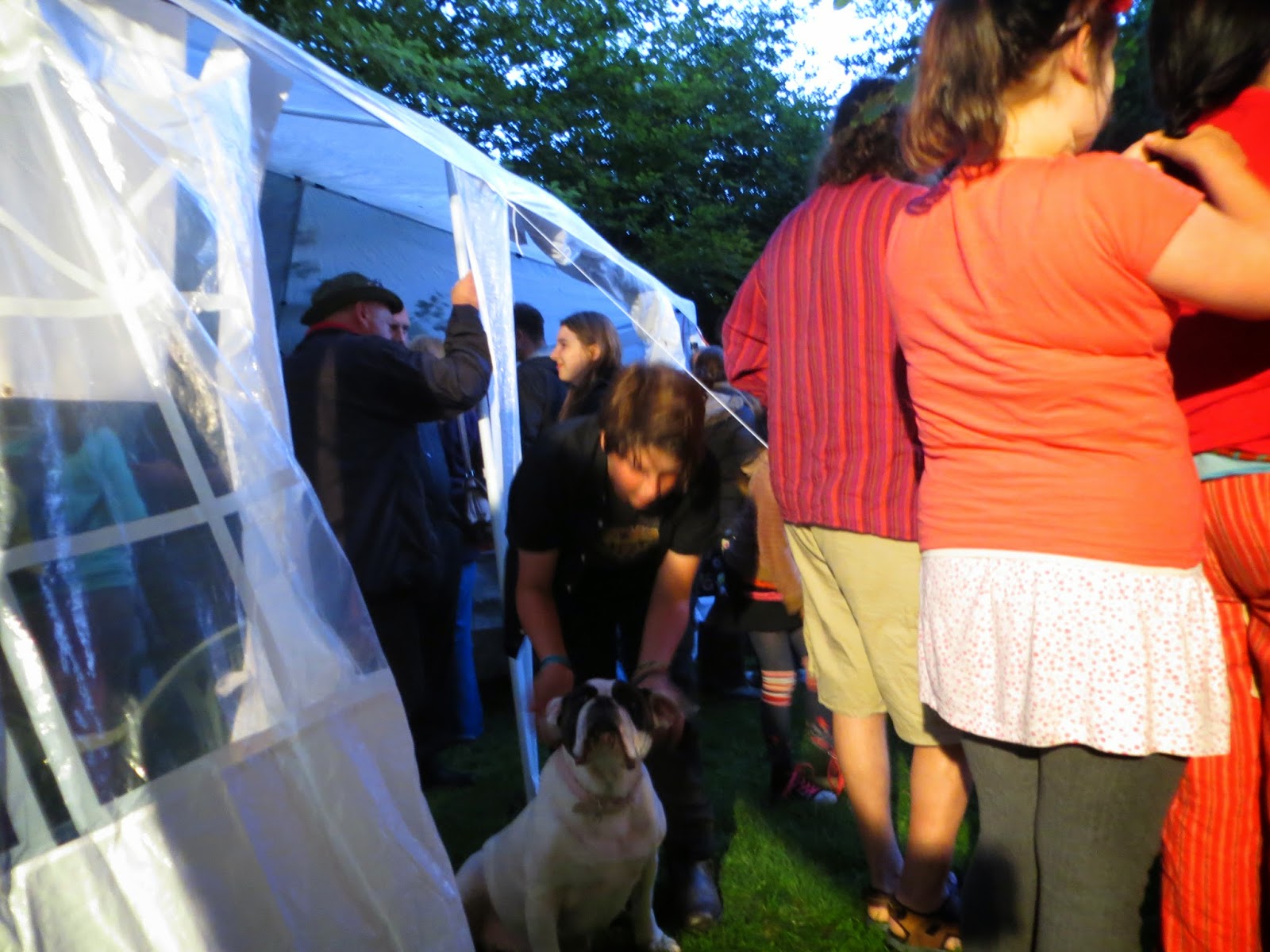 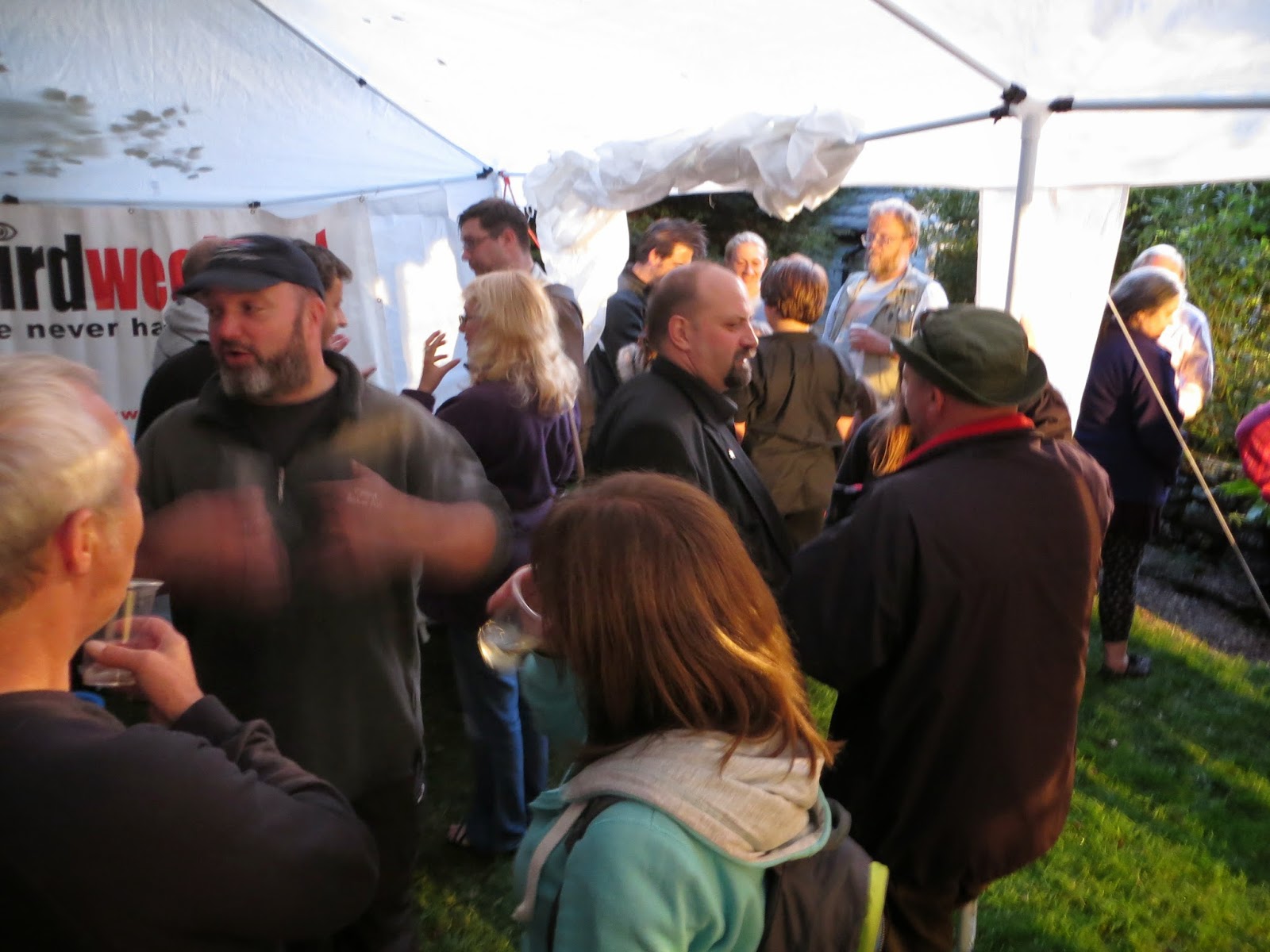 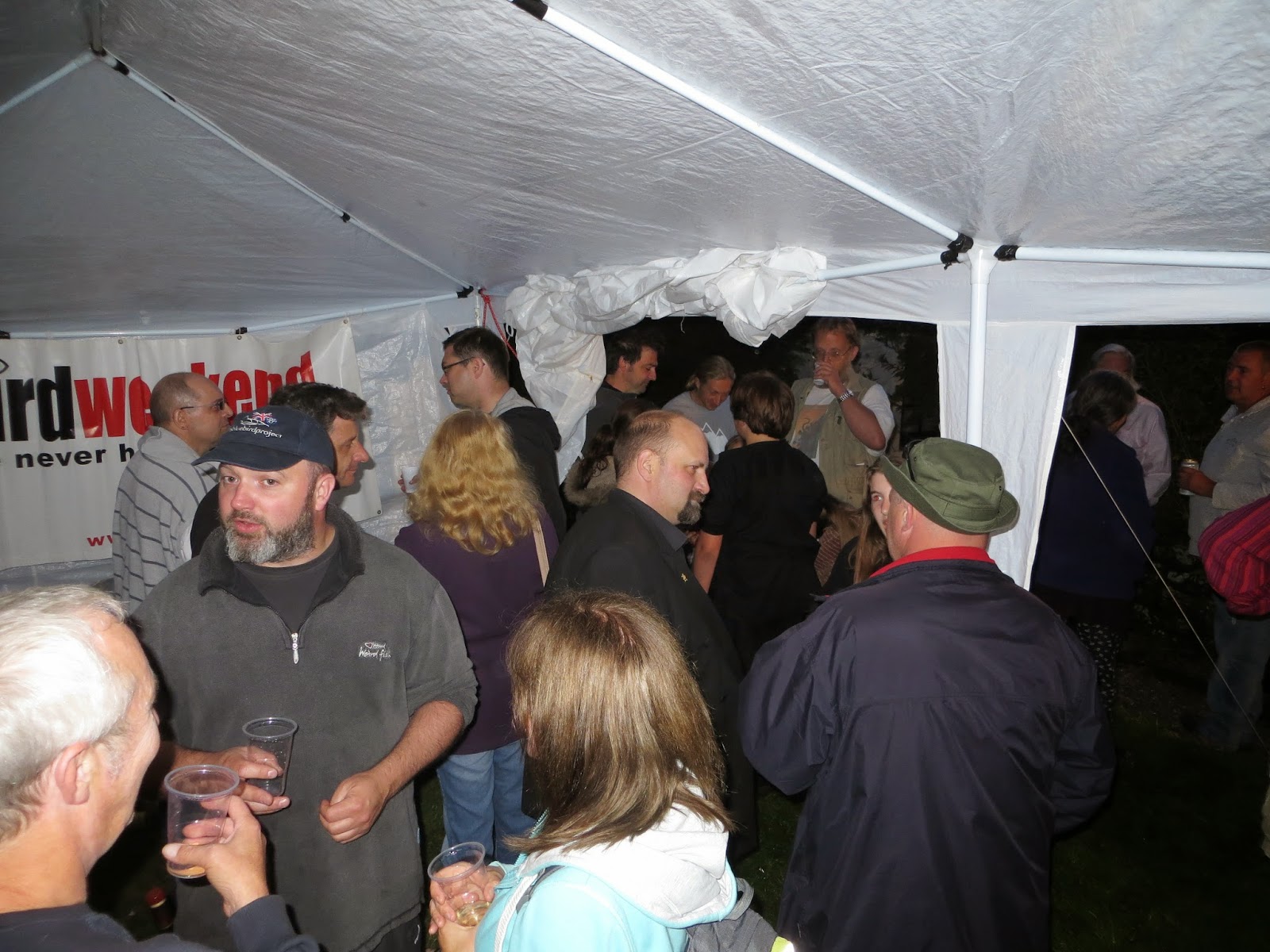 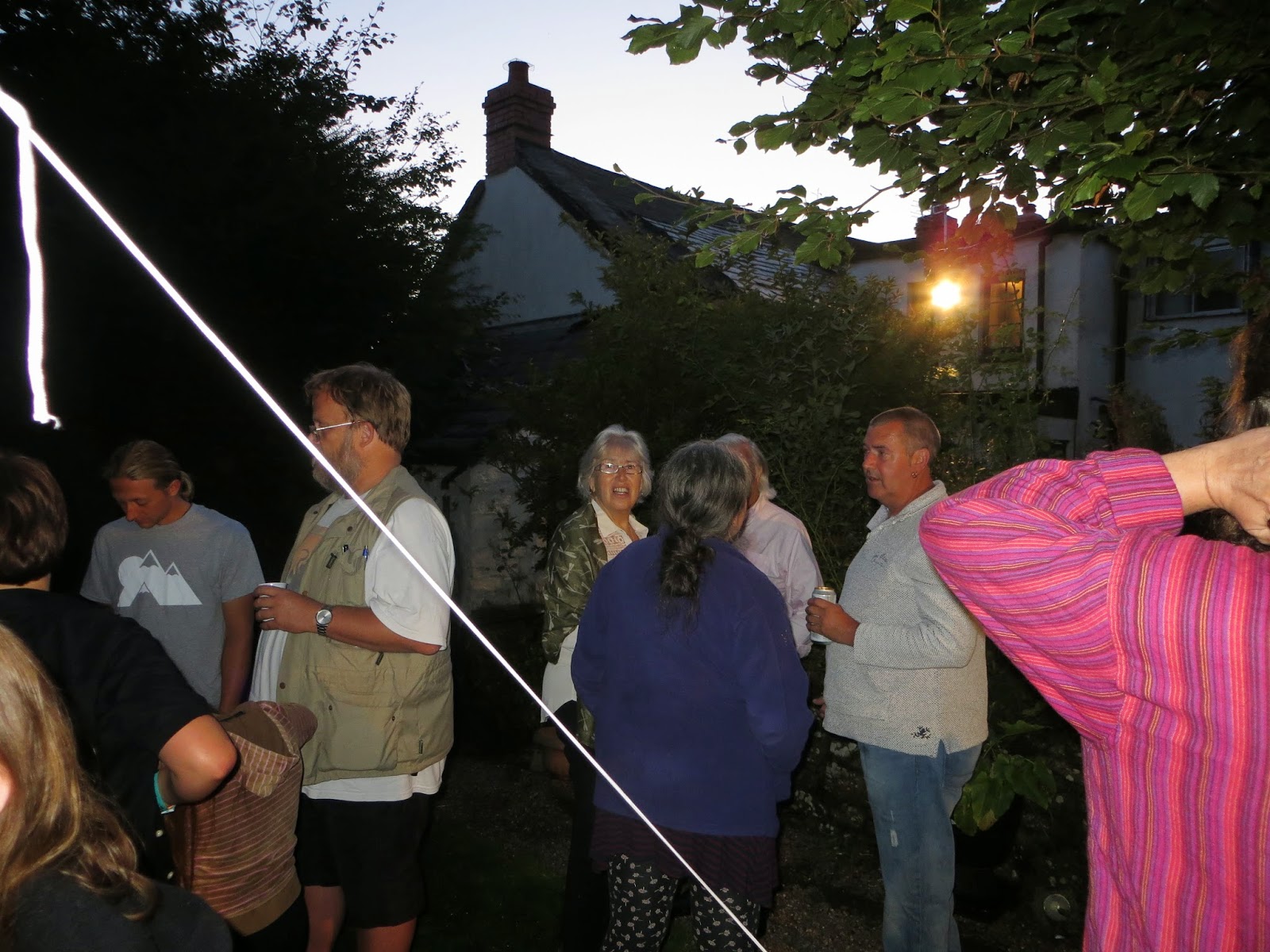 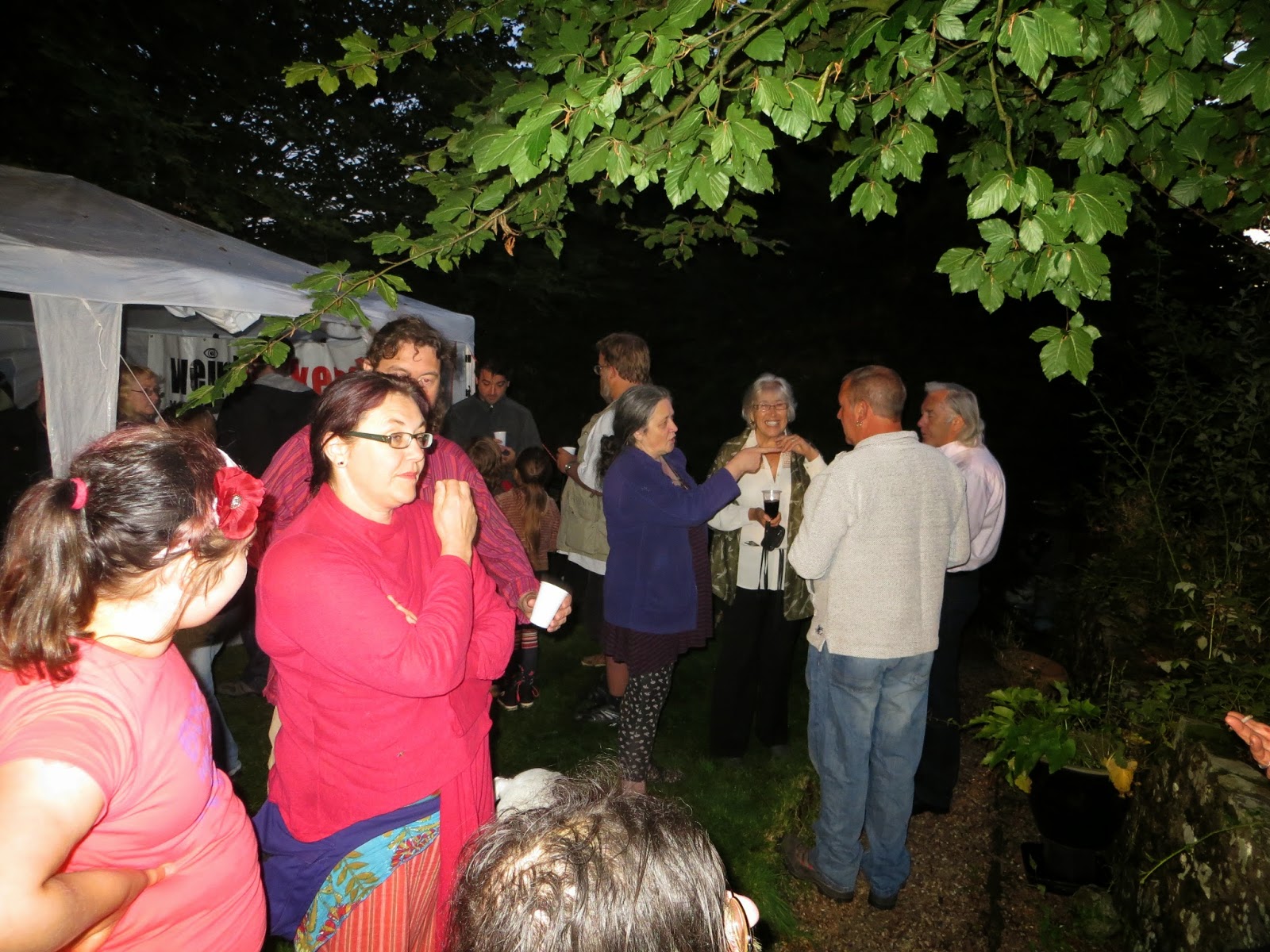 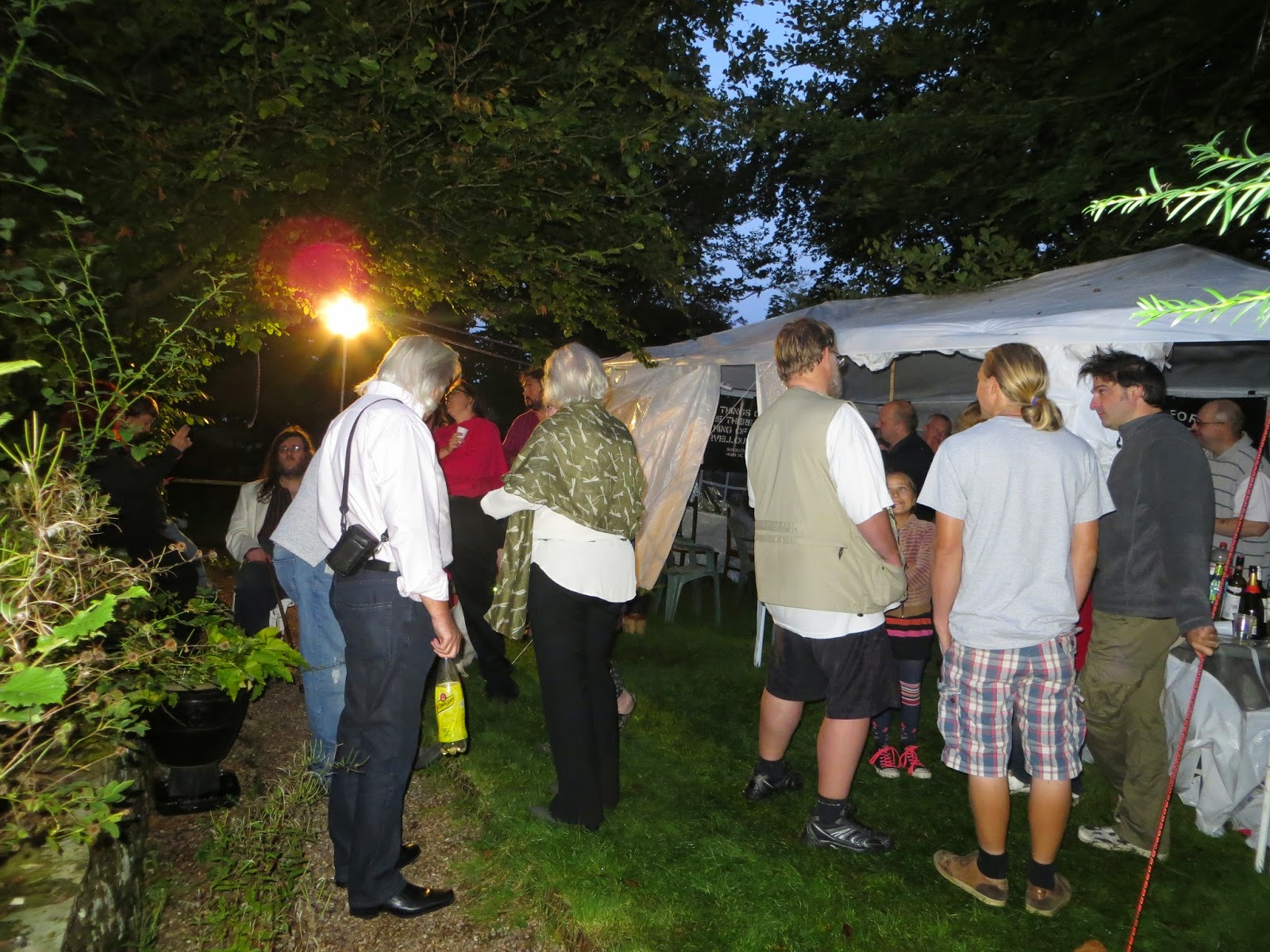 After Hours with Rictor (The #1 Bigfoot Webcast): Bob Gimlin

Bigfoot Evidence ⋅ Shawn
Frame 352 from Roger Patterson's movie camera is the most famous, iconic Bigfoot image ever and it has enthralled audiences across the world and ...

YourRadioPlace.com
Southeastern Ohio Society For Bigfoot Investigation Camp Out will take place on Aug. 15 -17 at Group campground on Parker Road. Go to This email

If you want to get "zapped"

Bigfoot Evidence
The theory that Bigfoots manipulate their EMF (electromagnetic field) to zap animals isn't too far fetched for some Bigfoot researchers. All animals have ...

Can You Find The Bigfoot in This Video?

Bigfoot Evidence
The Squatchmaster brings us another video of what he claims is a bigfoot caught off guard. Dramatic music, boxes, color filter changes, zooms,

www.gonzomultimedia.co.uk/about.html
Last night's Weird Weekend Cocktail Party was a great success. I was expecting about thirty people, and we had over fifty! I hope that this is a good omen for the weekend as a whole. Today is likely to be hectic, but - thankfully - far less hectic than usual, as the only people staying here are Richard, and my two girls and their partners. However, as Olivia is heavily pregnant, that brings forth complications of its own.
The Windmill Theatre's famous motto "We Never Closed" (often humorously modified to "We Never Clothed") was a reference to the fact that the theatre remained open, apart from the compulsory closure that affected all theatres for 12 days (4–16 September) in 1939. Performances continued throughout the Second World War even at the height of the Blitz. The showgirls, cast members and crew moved into the safety of the theatre's two underground floors during some of the worst air attacks, from 7 September 1940 to 11 May 1941. One could, I hope, say the same thing about the CFZ Blogs and the Gonzo Daily/Weekly. Despite all the alarums and excursions which are going on at the moment so far, we have kept up our normal schedule, and intend to continue doing so...
GONZO TRACK OF THE DAY: Pink Fairies - The snake
http://gonzo-multimedia.blogspot.com/2014/08/gonzo-track-of-day-pink-fairies-snake.html
THOM THE WORLD POET: The Daily Poem
http://gonzo-multimedia.blogspot.com/2014/08/thom-world-poet-daily-poem_15.html
Steve Hillage Review
http://gonzo-multimedia.blogspot.com/2014/08/steve-hillage-review_24.html
PLAYLIST: Strange Fruit 84
http://gonzo-multimedia.blogspot.com/2014/08/playlist-strange-fruit-84.html
Hop Farm festival 2014, review
http://gonzo-multimedia.blogspot.com/2014/08/hop-farm-festival-2014-review-genial.html
The latest issue of Gonzo Weekly (#90) is available to read or download at www.gonzoweekly.com. It has the legendary Steve Bolton on the cover and an interview with him inside, in which he casually drops more names than I have ever heard in an interview before, including Keith Richards and Dr John, as well as his first band Atomic Rooster and the currently reformed 6foot3. We also have Tony Palmer remembering his friend Felix Dennis and a feature about the reissued edition of Palmer's 'The Trials of Oz'. Gentle Giant fans will find a critique of the new box set of 'The Power and the Glory', critiqued by Doug Harr. There are also new shows from the wonderfully eccentric Jaki and Tim on their Submarine, and from the multi-talented Neil Nixon at Strange Fruit and from M Destiny (hopefully fully recovered from his recent illness) a collection of more news, reviews, views, interviews and long nosed potoroos (OK, no weird little marsupials, but I got carried away with things that rhymed with OOOOS) than you can shake a stick at. And the best part is IT's ABSOLUTELY FREE!!!
Read the previous few issues of Gonzo Weekly:
Issue 89 (Judy Dyble cover)
http://gonzo-multimedia.blogspot.com/2014/08/gonzo-weekly-89.html
Issue 88 (Joey Molland cover)
http://gonzo-multimedia.blogspot.com/2014/07/gonzo-weekly-88.html
Issue 87 (Daevid Allen cover)
http://gonzo-multimedia.blogspot.com/2014/07/gonzo-weekly-87.html
All issues from #70 can be downloaded at www.gonzoweekly.com if you prefer. If you have problems downloading, just email me and I will add you to the Gonzo Weekly dropbox. The first 69 issues are archived there as well. Information is power chaps, we have to share it!
To make sure that you don't miss your copy of future issues make an old hippy a happy chappy and subscribe
http://eepurl.com/r-VTD
As well as the Gonzo Weekly, there is a daily service called - wait for it - The Gonzo Daily, and you can subscribe for free HERE:
http://eepurl.com/OvPez
*  The Gonzo Daily is a two way process. If you have any news or want to write for us, please contact me at  jon@eclipse.co.uk. If you are an artist and want to showcase your work, or even just say hello please write to me at gonzo@cfz.org.uk. Please copy, paste and spread the word about this magazine as widely as possible. We need people to read us in order to grow, and as soon as it is viable we shall be invading more traditional magaziney areas. Join in the fun, spread the word, and maybe if we all chant loud enough we CAN stop it raining. See you tomorrow...

*  Jon Downes, the Editor of all these ventures (and several others) is an old hippy of 54 who - together with an orange kitten named after a song by Frank Zappa puts it all together from a converted potato shed in a tumbledown cottage deep in rural Devon which he shares with various fish, and sometimes a small Indian frog. He is ably assisted by his lovely wife Corinna, his bulldog/boxer Prudence, his elderly mother-in-law, and a motley collection of social malcontents. Plus.. did we mention the orange kitten?
Posted by Jon Downes at 11:22 AM No comments:

ON THIS DAY IN 1963 - The Limited Test Ban Treaty was signed by the United States, Britain, and the Soviet Union. The treaty banned nuclear tests in space, underwater, and in the atmosphere.

AND TO WHISTLE WHILE YOU WORK...
(Music that may have some relevance to items also on this page, or may just reflect my mood on the day)
Posted by Jon Downes at 8:00 AM No comments: