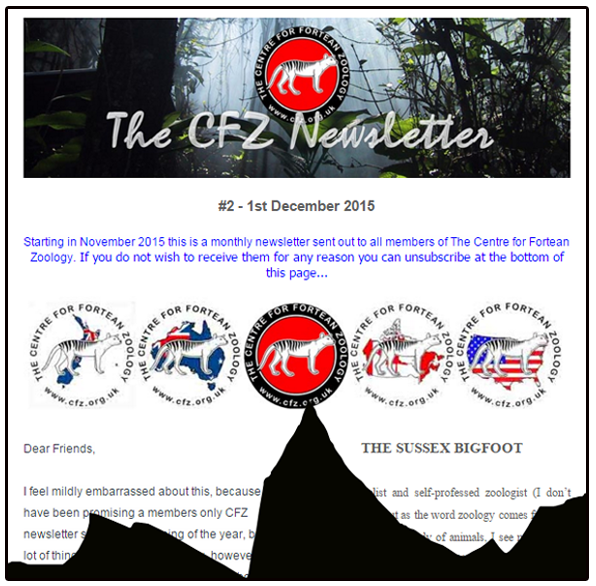 For those of you not in the know, at the beginning of each month we send out a newsletter to all members of the CFZ. The most recent included articles on Florida skunk ape, British werewolves and the political ramifications surrounding the status of the Eastern puma.

Some residents in the metro are reporting sightings of Big Foot

WDAM-TV
The search for Bigfoot is underway right here in central Mississippi. Producers of a national television program are on a quest in the woods of the ...
Posted by Jon Downes at 12:30 PM No comments:

ON THIS DAY IN 1858 - French emperor Napoleon III escaped an attempt on his life.
And now some more recent news from the CFZ Newsdesk