I have a few volumes of the following in my collection;

If anybody is researching among these journals, they can contact me tibetanbluebear@yahoo.co.uk & I will do my best to find the articles.
Published with Blogger-droid v1.7.1
Posted by Jon Downes at 12:01 PM 1 comment: 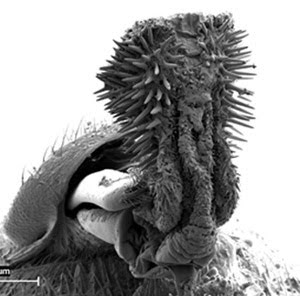 Let's get right to the point: that's a seed beetle's penis. Yes, it is. And those spikes are not decorative. They 'help the male's chances of fertilizing the eggs by providing an anchor, but can also pierce the female during sex, causing injury.' As a result, female seed beetles have developed 'tougher integument to resist collateral damage' as part of a process known as 'sexually antagonistic co-evolution.' I'm guessing that the females also developed a tendency to suffer migraines around bedtime, but maybe they like that kind of thing. Who are we to judge what two adult weevils do in the privacy of a bean? Hedgehog-like todgers are not unique to coleoptera, however, for:

'Seemingly harmful genitalia have evolved in many animals, helping males compete among themselves to father offspring. This sort of sexual conflict – known as sexually antagonistic co-evolution – is thought to result in rapid steps of evolutionary tit-for-tat between the sexes, but it is poorly understood. So far, little experimental evidence has supported the theory.'


Probably have a difficult time finding volunteers. Read the whole story (and it is quite a story) at: http://www.cosmosmagazine.com/node/1380
Published with Blogger-droid v1.7.1
Posted by Jon Downes at 11:57 AM No comments: 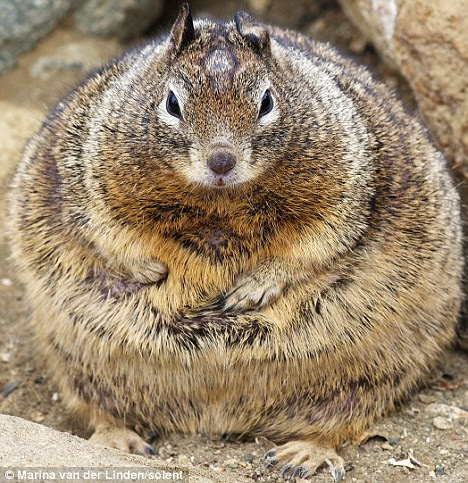 Published with Blogger-droid v1.7.1
Posted by Jon Downes at 11:44 AM No comments:

Email ThisBlogThis!Share to TwitterShare to FacebookShare to Pinterest
Labels: SQUIRREL

http://hauntedskies.blogspot.com/2011/05/1967-international-sky-scouts.html
Published with Blogger-droid v1.7.1
Posted by Jon Downes at 11:43 AM No comments:

On this day in 1819 the author Charles Kingsley was born. Kingsley lived in just down the road from the CFZ, in Clovelly, for a few years during his childhood and ever since the North Devon tourist industry has seen him as one of their sacred cows along with seafaring also-ran Lord Grenville and Tarka the Otter (the animal from which 9 out of 10 Barnstaple locations and businesses derive their name).