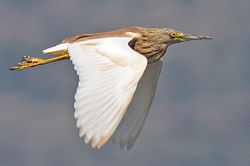 Warden Steve Wiltshire said: “It is always exciting to see a rarity on site but this particular individual is a very striking bird in its full breeding plumage.

“The breezy weather over the weekend meant that the plume of feathers on the back of the neck has been in full flow.

“The bird has been making itself at home in the shallow flooded washes in full view of our reedbed hide and seems quite content fishing in the ditches among all the other birds”.

To check on the latest status of the heron and all the other sightings, click on www.wwt.org.uk/welney
http://www.edp24.co.uk/news/environment/extremely_rare_squacco_heron_spotted_at_welney_reserve_1_1428857

Gamekeeper fined for trapping and starving Buzzard
RSPB Scotland has welcomed the conviction of a Perthshire gamekeeper who allowed a buzzard to starve to death in a trap. The case began when Tayside Police responded to a report from a hill-walker that three crow traps had been found on the Glen Lyon Estate in Perthshire containing, respectively, a dead buzzard, a dead sparrowhawk and two chaffinches. At Perth Sheriff Court, Jonathan Smith Graham, a gamekeeper on the estate, pleaded guilty to using a crow trap in which a buzzard was trapped and starved to death. His not guilty plea was accepted for two other charges.

Sheriff McCreadie said: "I am satisfied that this is a case where a fine is appropriate, not only for you, but to discourage others." Graham was fined £450. Speaking following the court case, Ian Thomson, RSPB Scotland's Head of Investigations, said: "We welcome the conviction of Mr Graham and the strong comments made by the Sheriff. This latest case illustrates, yet again, the lax approach taken by some gamekeepers to following the licence conditions laid out by the Scottish Government. The use of these licences is a privilege, and with this comes responsibility. Mr Smith clearly did not take his responsibilities seriously and has now lost that right."
http://www.rarebirdalert.co.uk/v2/Content/806.aspx?s_id=378658902 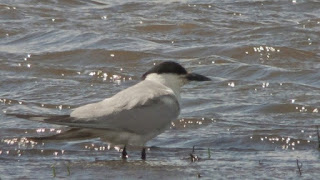 It’s thought the recent spate of bad weather has blown the bird off-course from its usual summer haunts.

This is only the second record of a gull-billed tern in Carmarthenshire - the first was recorded back in 1996, also at the Wildfowl & Wetlands Trust in Llanelli.
http://www.itv.com/news/wales/2012-06-25/rare-bird-delights-llanelli-wildlife-centre-visitors/

It’s a first as rare birds choose dale as home
Two pairs of a rare bird species  have chosen to make Teesdale their breeding ground – the furthest recorded Northern inland location in the UK. 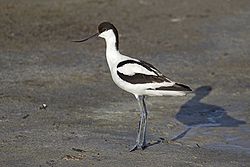 Avocets (Recurvirostra avosetta) have been visiting marshland in the south of the dale for the past five years but this year, the elegant black and white waders have decided it is an ideal place to bring up their young.  The two pairs have successfully hatched five young between them.

The site is being kept secret for now. But local countryside lover Dave Moore, who has been recording wildlife in Teesdale for the past 40 years, is thrilled that the avocets have chosen to breed here.

He said: “I never thought I’d see this in Teesdale. There are only about 800 breeding pairs in the whole of the UK and as far as I know, these are the furthest north. It’s just magical.”

Avocets were once extinct in Britain because of habitat destruction and persecution of their eggs.

However, they started making a slow return during the Second World War when they tentatively made homes in an area in  the south that was turned into marshland to cause difficulty for German invaders.

Mr Moore said: “When you get a pair that nest, either they come back the next year or their young will.”
http://www.teesdalemercury.co.uk/teesdale-news/story,4185.html

THIRTY-three rare breed Japanese chicks have been taken from a shed in Lakenheath.
The birds, which are believed to be worth around £500, were stolen from the shed in Wingfield Road between 10pm Monday, June 4, and 7.30am the following morning.

It is thought that the chicks were removed in sacks also stolen from the same shed.

Suffolk Police said there had been no attempt by the thieves to steal adult birds in adjoining pens at the property.

Anyone with information should contact Suffolk Police on 101 quoting reference mh/12/1102.
http://www.newmarketjournal.co.uk/news/latest-news/rare-birds-stolen-from-shed-1-3952312 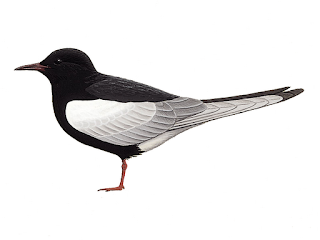 On what was expected to have been a routine monitoring visit for breeding waterbirds at the Cotswold Water Park Trust's Cleveland Lakes Reserve, Tuesday 27th June "terned" out to be anything but routine for CWP Trust volunteer, Kim Milsom. Kim was greeted by the sight of an adult white-winged black tern (Chlidonias leucopterus) feeding over the reserve, flashing black and white with each wing beat.

White-winged Black Terns have been sighted in CWP on a number of occasions in the past, but sightings are usually of juveniles in the autumn. A stunningly plumaged adult is a rare, but very welcome, surprise for local birders!

Well yesterday was a particularly pleasant day. We met a Pacific giant octopus, that plays with toys and inter-reacts with her keepers. I don't think I shall ever eat Kalimari again. We also went to a haunted WW2 airfield, and bought some interesting cheese. I need to get away more often.

However, I am back in harness today with some smashing bloggos:

The other day we started a new feature here on the Gonzo Daily. It is called 'Song by Song', and it does exactly what it says on the tin. Basically I go through an album song by song, and then pass my notes on to the artist who made the album in the first place, and see what they have to say. And now its is part three of my look at what I think will be one of the most important new albums of 2012 - Carnaby Street by Michael Des Barres.
http://gonzo-multimedia.blogspot.co.uk/2012/07/michael-des-barres-carnaby-street-song_05.html

It’s funny how certain bands develop quite a complex mythology despite having been quite well documented during their time in operation. One such band is Led Zeppelin. Bizarrely, two entirely different publications have emerged, both purporting to tell the story of Led Zeppelin's recording career, and both significantly different.
http://gonzo-multimedia.blogspot.co.uk/2012/07/led-zeppelin-song-doesnt-always-remain.html

In a real Gonzo Daily exclusive, Michael Des Barres writes to explain the meaning behind his song 'You're my Pain Killer', which was the first track to be released from his album 'Carnaby Street' which is released next week.
http://gonzo-multimedia.blogspot.co.uk/2012/07/michael-des-barres-writes-youre-my-pain.html

A link to a Jon Anderson review which begins: "We saw Jon Anderson at the Rio Theatre in Santa Cruz a few Wednesdays ago. Great concert. For one thing, he’s an outgoing, positive, and compassionate person. The kind of person you want to spend time with". I think they like him.
http://gonzo-multimedia.blogspot.co.uk/2012/07/link-jon-anderson-live-in-santa-cruz.html

A video link to an extract from one of Erik's new DVDs. The Astrology Suite live in Gettysburg (featuring the lovely Lana Lane)
http://gonzo-multimedia.blogspot.co.uk/2012/07/erik-norlander-astrology-suite.html

A link to a review of the multi-talented Merrell Fankhauser, who really is one of the unsung heroes of American music. I am currently reading the autobiography of John 'Drumbo' French from Captain Beefheart and The Magic Band, and Merrell is all over it...
http://gonzo-multimedia.blogspot.co.uk/2012/07/link-merrell-fankhauser-review.html

And that, boys and girls, is about it for today. I am massively hungry so while you read the Gonzo Daily, I am off to eat some of my new cheese.

Slainte
Jon
Posted by Jon Downes at 11:58 AM No comments:

On this day in 1996 Dolly the Sheep, the first mammal to be cloned from an adult cell, was born. Most sheep look alike though so you wonder why they bothered.

“Oh, I'm feeling really board today... I know I'll animate some trucks singing a Dolly Parton and Kenny Rogers duet penned by the Bee Gees, that ought to kill some time.” Honestly you wonder what goes through some folk's heads: