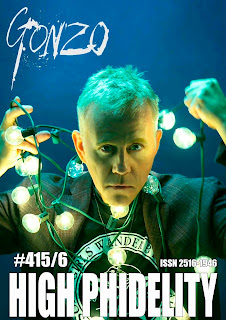 IT IS MAGAZINE DAY FOR THE GONZO BLOG DOO-DAH MAN

ON THIS DAY IN - 1917 - During World War I, Candian forces take the village of Passchendaele, Belgium, in the Third Battle of Ypres.