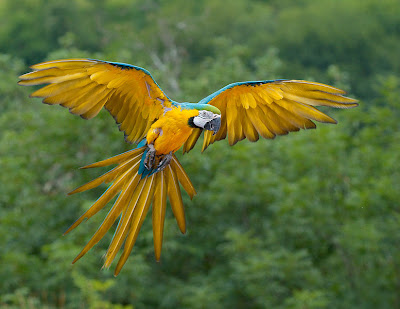 I am in Cumbria at the moment, so I am away from Lever. Anyway, I was chatting to my friend's dad last night and he mentioned that in a tiny town called Kirkby Steven in East Cumbria there were a population of parrots of various species living wild. Long story short: this seems to be a Northern speciality. We went there today, and saw a blue and gold macaw, and we heard a couple of others. Anyway, the links below should be of interest to you.

This fantastic image, btw, is by Luc Viatour 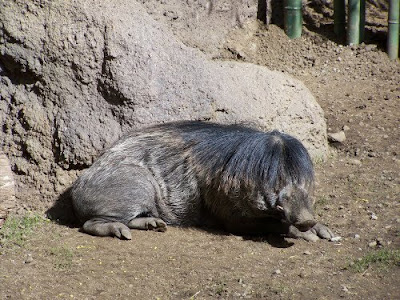 Visayan Warty Pig or the Fifth Beatle?
Published with Blogger-droid v1.7.4
Posted by Jon Downes at 12:44 PM No comments:

In timely confirmation of upcoming events at the 2011 Weird Weekend, I found the following story today:


LEOPARD HUNT – On Monday last a strange-looking animal having been seen in the fields near Wheathamstead, Herts, a small party went in search,supposing that it was a deer which had been scared out of Brocket-hall-park by the gloomy looks of its noble occupier. Great was their surprise at finding in a hedge a large leopard, which stole away, followed at a respectful distance by the sportsmen, who were only armed with fowling-pieces loaded with swan shot. As it was endeavouring to escape it met a labourer at work in the fields whom it attacked and dangerously wounded, but his life was saved by a mastiff fastening on the leopard, and enabling Mr Norman Thrale to approach within a few yards, and disable it with a discharge of swan shot. It was shortly afterwards destroyed, and was found to weigh 14 stone. It had breakfasted off a dog, whose head was found. It is not known where the beast had escaped from. (1)

QUERY: Does anyone know about a “phobia of butterflies” I have recently come across and if so, please can they tell me more?
Published with Blogger-droid v1.7.4
Posted by Jon Downes at 11:58 AM 1 comment:

We were recently donated a parcel of trailcam accesories by a generous American donor who has opted to remain anonymous. It is very kind of him and we are most grateful. However, this morning I received a curt note from HM Customs and Excise telling us that we owe £48 import duty on them.

At the CFZ we are a patriotic bunch and never hesitate to do our bit, but if you are some sort of anarchist pinko scumbag who shies away from supporting a series of pointless wars across the Middle East, please make sure that any parcels you send us are marked "Unsolicited Gift" and have a declared monetary value of no more than forty quid.

You know it makes sense.
Published with Blogger-droid v1.7.4
Posted by Jon Downes at 11:42 AM No comments:

Email ThisBlogThis!Share to TwitterShare to FacebookShare to Pinterest
Labels: politics

HAUNTED SKIES: A strange day for all of us!

Published with Blogger-droid v1.7.4
Posted by Jon Downes at 11:10 AM No comments:

I was going to post a clip of 'Serge the Seal of Death' from the fantastic 'Arrgh its the Mr Hell Show' starring Bob Monkhouse but I couldn't find one suitable for a family audience, so here's another clip from the show that is suitable for general bloggo broadcast:
http://www.youtube.com/watch?v=aHmTCJV7QfI
Published with Blogger-droid v1.7.4
Posted by Jon Downes at 11:08 AM No comments:

http://cfz-nz.blogspot.com/2011/08/fish-discovery-off-nearby-kermadec.html
Published with Blogger-droid v1.7.4
Posted by Jon Downes at 11:06 AM No comments: