Abstract: A recent record cold spell in southern Florida (2-11 January 2010) provided an opportunity to evaluate responses of an established population of Burmese Pythons (Python molurus bivittatus) to a prolonged period of unusually cold weather. We observed behavior, characterized thermal biology, determined fate of radio-telemetered (n = 10) and non-telemetered (n = 104) Burmese Pythons, and analyzed habitat and environmental conditions experienced by pythons during and after a historic cold spell. Telemetered pythons had been implanted with radio-transmitters and temperature-recording data loggers prior to the cold snap. Only one of 10 telemetered pythons survived the cold snap, whereas 59 of 99 (60%) non-telemetered pythons for which we determined fate survived. Body temperatures of eight dead telemetered pythons fluctuated regularly prior to 9 January 2010, then declined substantially during the cold period (9-11 January) and exhibited no further evidence of active thermoregulation indicating they were likely dead. Unusually cold temperatures in January 2010 were clearly associated with mortality of Burmese Pythons in the Everglades. Some radiotelemetered pythons appeared to exhibit maladaptive behavior during the cold spell, including attempting to bask instead of retreating to sheltered refugia. We discuss implications of our findings for persistence and spread of introduced Burmese pythons in the United States and for maximizing their rate of removal.

A pdf of this article is available from the CNAH PDF Library at
http://www.cnah.org/cnah_pdf.asp
Posted by Jon Downes at 2:47 PM No comments:

From CFZ Australia:
Camden's Macarthur Panther Mk II
Mystery beast of Vietnam caught?
Quinkana - the land crocodile
More on the Grafton Yowie
Posted by Andrew May at 2:40 PM No comments: 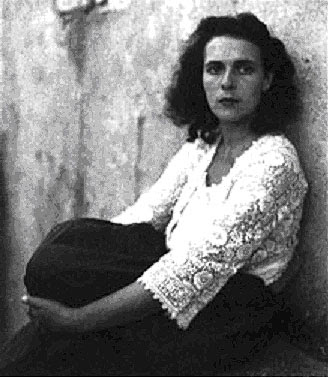 http://cryptochick.blogspot.com/2011/05/last-of-great-surrealists.html
Posted by Jon Downes at 12:16 PM No comments:

White-nose syndrome has killed more than 1 million bats in North America over the past five years, from Nova Scotia to Tennessee; the fungus linked to the disease has been found as far west as western Oklahoma. The bat malady is spreading at staggering speeds and several species are facing imminent regional extinction. It is now confirmed or suspected in 19 states and four Canadian provinces, and could soon jump to the West. Meanwhile scientists have determined that the loss of insect-eating bats could cost American agriculture $3.7 billion to $53 billion per year in lost pest-control services.

The federal government has been painfully slow to take precautionary steps like cave closures to keep humans from spreading the disease. Please join us in speaking up for bats.

Become a Bat Advocate and send a letter today telling the U.S. Forest Service to take immediate steps to close caves and mines in the West, where the spread of white-nose syndrome by peop le can still be prevented.

Email ThisBlogThis!Share to TwitterShare to FacebookShare to Pinterest
Labels: bats

On this day in 1908 Ian Fleming was born. Fleming is best known today as the author of the James Bond books but he also worked in British intelligence during World War 2 and came up with many now famous plans to sabotage the Nazis including Operation Mincemeat AKA the man who never was.
And now the news: