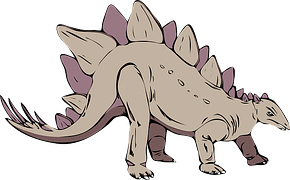 Bigfoot Sightings of May 2016

Bigfoot Research News
Bigfoot Sightings of May 2016. The hunt for the elusive Sasquatch continues as sightings continue to roll in from across the country. In this video ...

The Crypto Blast
Parabreakdown: Bigfoot Filmed On Snowy Bike trail (commentary). In this video we see two bikers riding along a trail on the off season when the ...

Bigfoot and More News and Views
It's very possible what you see is an actual Skunk Ape! Bigfoot hunter and personality Tim Fasano may be on to something outside of Tampa Florida.

Squatchable
Bigfoot Family Filmed In Blue Mountains [Paul Freeman] posted by BigfootEvidence. Share on Facebook. Friday, May 27, 2016. In 1994, former US ...

Open Eyes Network
The legends of Bigfoot have been around us since time immemorial. But have we ever had proof of this being? What exactly IS Bigfoot, anyhow?

RMSO Bigfoot
Those of you that want to know where this photo came from here is a selection of videos on how this image was captured. Is Bigfoot watching RMSO ..

Bigfoot Research News
... Yourself While Squatchin. Now, we have Idaho Bigfoot researcher Anthony Moffett giving us a demonstration on how to deal with a bear encounter.

ON THIS DAY IN - 1431 - Joan of Arc was burned at the stake in Rouen, France, at the age of 19.
And now some more recent news from the CFZ Newsdesk