I found the following two stories recently, one on a possible mammoth and the other on a giant crane and no this wasn`t a mechanical crane (please see the Journal of Fortean Mechanics-1.)  but the stork-like bird.

Firstly, the crane. Please note,the usual maximum height of the tallest crane is supposed to be 5ft 11 inches high (the sarus crane) and according to Wikipedia that is an inhabitant of N. Australia, S.E. Asia and the Indian subcontinent. It is non-migratory so the chances are slim it ever reached N.America. I think this crane that turned up in in 1817 was really a pterosaur or something similar.

From the Richmond Compiler (Virginia) of Sept 9 1817: “ To the Editor- Observing from the newspapers, that considerable interest has been excited in the public mind by the Serpent that is said to have made its appearance in and about Gloucester  harbour, Massachusetts; I am induced to believe that it may not be out of the way to give you a description of a mammoth CRANE, which was observed feeding out of the Brook Stream, in this county, a few days past.

At the time I discovered this huge animal of the feathered race, I was in pursuit of a flock of wild Turkies. He was standing apparently five yards from the margin of the water, upon a slight eminence or hill from which he from time to time reached out his monstrous long neck for the purpose of making depredations on the Finney tribe. When I first observed him, the distance couldn`t have been much short of eighty yards. But I determined instantly to fire at him, lest he should discover me and take wing. Accordingly I levelled and discharged my rifle at him; which had no other apparent effect than that of attracting his attention, by turning his enormous long bill in the direction from which the sound proceeded. At the same time he raised himself up and extended his neck to an elevation of more than fifteen feet, which I afterwards ascertained from the boughs of a poplar under which he was standing.

Not at all disheartened by the failure of my first fire, I put in a second charge, and veering a little to the right of of my first position, effectually concealed myself by advancing  in a range with a large white Oak, until I approached within about forty paces…As he rose above the tops of the trees, I observed that his wings on either side brushed the leaves of two poplars that grew within a few paces of each other. And on placing myself in a line with the boughs of the one, and stepping off the distance to a like range with the other established to myself that his wings must have measured at least seven and a half feet each, besides allowing three feet for the space of the body! I assure you Sir, when I came to reflect what an acquisition this bird would have been to your new Museum; which I am happy to hear is in a rapid state of progression; I could not but regret most sincerely, the unfortunate circumstance of my noy having made prize of him.” (2)

And now the living mammoth,or whatever it was: From the Bangor Weekly Register () of Nov 12th 1818: Living Mammoth? Bangor Weekly Register (Maine) Nov 12th 1818:" Huge Animal - A correspondent in Constable`s Edinburgh Mag signing himself "Thomas Pollock,Blantire by Hamilton" ,avers that being a sergeant in the Hudson`s Bay Company in 1803,and travelling with the late Mr. Louis ,into the interior of North America,he suddenly came upon an animal of immense size. It appeared about 20 feet in height and had a very unwieldy appearance. The largeness of its belly was enormous, and nearly touching the ground.Its colour was a dirty black. Mr Louis saw its footsteps and dung: the latter indicated that its food was vegetables,and the former gave a print nearly two feet square. The hoof was not divided but from the impression,seemed as if hollow in the middle." (3)

PRUDENCE IS BEING MATERNAL ONCE AGAIN

However, we have acquired another cat. It is the half sister to Squeaky, and is also a rescue. As well as it needing a home we got it in a vain hope that if squeaky has another young cat to play with she might be less viscous. The cats protection league have now been brought in to neuter the remaining feral cats from the Hartland farm from whence our two most recent kittens and those of our house keeper Helen all came, so – hopefully – this will mean that there will be no more kittens from this source, for a while at least.

However, one thing that is particularly interesting is how Prudence has ‘adopted’ the new kitten (whom Corinna christened Dotty- Perry winkle because my naming her predecessor inadvertently after a member on the Manson Family didn’t work out to well) just as she did Squeaky. Prudence was spayed very aggressively 5 years (half her lifetime) ago. She had, however, been rescued from a puppy farm where she had given birth to God knows how many litters of puppies, and it seems that her maternal instincts are still strong she has been known to wash her ‘puppies’ and even lie on her side for them to suckle.

It is just me who finds this extraordinarily touching?
Posted by Jon Downes at 4:36 PM No comments: 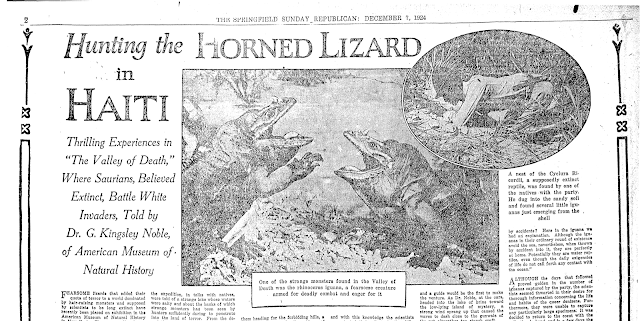 Download the PDF from here
Posted by Jon Downes at 4:22 PM No comments:

CFZ PEOPLE: Ms Evelyn Smithson on the occasion of her first Birthday

Obviously a cryptozoologist in the making, she is already working on her thesis about the turtle of Hoan Kiem lake
Posted by Jon Downes at 3:50 PM No comments: 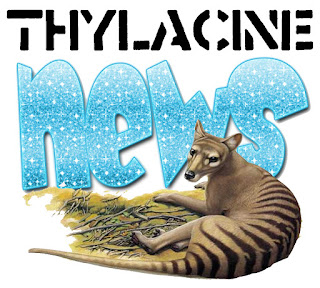 Sydney Morning Herald
After winning awards at recent Melbourne, New Zealand and Adelaide fringes, the independent production They Saw a Thylacine was welcomed to ...
Posted by Jon Downes at 11:56 AM No comments:

Phantoms and Monsters: Pulse of the Paranormal
Bigfoot With Baby Reported to Virginia Sheriff Bedford Co., VA - He's a legend. Most say a myth. People hunt for him on reality television.

Carolina Bigfoot Group Captures Some Creepy Audio
Bigfoot Evidence
Hearing this in the woods at night would be enough to make your skin crawl. During the recording you can hear the team members say "That's not ...

This Was Recorded In The Same Area Les Stroud Said He Experienced Bigfoot Telepathy
Bigfoot Evidence
Les Stroud admitted to Coast to Coast AM he had an experience where he believed a bigfoot had used telepathy to communicate a message to him.

What's your favorite bigfoot story/encounter/episode?
Sasquatch Chronicles
What keeps me interested? The likelihood that such a beast exists in our midst. I find it absolutely fascinating. I came across tracks in the late '90s.

New Sighting Report: Loggers Bigfoot Sighting in Deadwood (Video)
Before It's News
Here's our friend Kelly Shaw with a brand new sighting report out of Deadwood. This is the same location where Wild Bill Hickok was killed in.

Creepy Breakdown Footage Of Mysterious Woodland Creature
Bigfoot Evidence
So what is there to breakdown? This is obviously a fantastic piece of bigfoot footage, right? Let's see what Phil has to say before we just start jumping ...

Australian Captures Images of 'Bigfoot'
Cryptozoology News
AUSTRALIA — A man in Queensland released a series of photographs Sunday containing what he calls a Bigfoot creature. 1407531713u0184.
Posted by Jon Downes at 11:45 AM No comments:

ON THIS DAY IN 1792 - The French Republic was proclaimed.
And now some more recent news from the CFZ Newsdesk