Posted by Jon Downes at 1:39 PM No comments:

Researcher Finds New Possible Bigfoot Structures In His Area
Bigfoot Evidence
Some of these structures seem very intricate to have happened just by natural causes, but are they created by bigfoot? Interestingly enough, Frosted ...

Kidnapped by Bigfoot?
Sword and Scale
bigfoot On the morning of June 1, 1987, 16-year-old Theresa Bier and 43-year-old Russel “Skip” Welch set off for a camping trip in the Shuteye Peak ...

Bipedal bear video is amazingly Bigfoot-ish (UPDATE: Still around, may be in trouble)
Doubtful News
Therefore, a vertical walking bear is more plausible explanation than an unknown human-like primate to explain possible sightings of “Bigfoot”.

Bigfoot Habituation – Good or Bad?
Sasquatch Chronicles
He said an older man maybe in his mid 60s walked in and saw the shirt and ask the young man what he knew about Bigfoot. The young man told him ...
Posted by Jon Downes at 1:30 PM No comments: 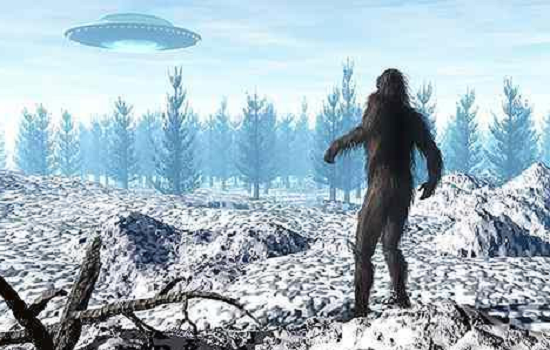 ON THIS DAY IN 1492 - Christopher Columbus, an Italian explorer, sighted Watling Island in the Bahamas. He believed that he had found Asia while attempting to find a Western ocean route to India. The same day he claimed the land for Isabella and Ferdinand of Spain.
And now some more recent news from the CFZ Newsdesk

AND TO WHISTLE WHILE YOU WORK... (Music that may have some relevance to items also on this page, or may just reflect my mood on the day)
(Recommended by Max)
Posted by Jon Downes at 12:30 AM No comments: