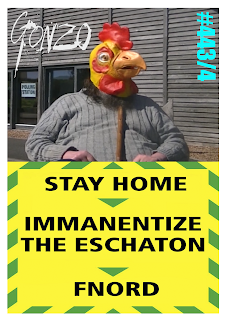 Posted by Jon Downes at 3:09 PM No comments:

Now, we are doing the same for the BHM Study Group,aggregated ny Guin Palmer, curated by Glen Vaudrey and Nathan Jackson
Posted by Jon Downes at 1:00 PM No comments:

The hunt for British Big Cats attracts far more newspaper-column inches than any other cryptozoological subject. There are so many of them now that we feel that they should be archived by us in some way, so we are publishing a regular round-up of the stories as they come in.  The worldwide mystery cat phenomenon (or group of phenomena, if we are to be more accurate) is not JUST about cryptozoology. At its most basic level it is about the relationship between our species and various species of larger cat. That is why sometimes you will stories here that appear to have nothing to do with cryptozoology but have everything to do with human/big cat interaction. As committed Forteans, we believe that until we understand the nature of these interactions, we have no hope of understanding the truth that we are seeking.
Posted by Liv McCarthy at 3:00 AM No comments:

ON THIS DAY IN - 1471 - King Henry VI was killed in the tower of London. Edward IV took the throne.