THE GONZO BLOG DOO-DAH MAN IS AN IRRITABLE OLD SOD

THE GUARDIAN: Time for some honesty about the badger cull 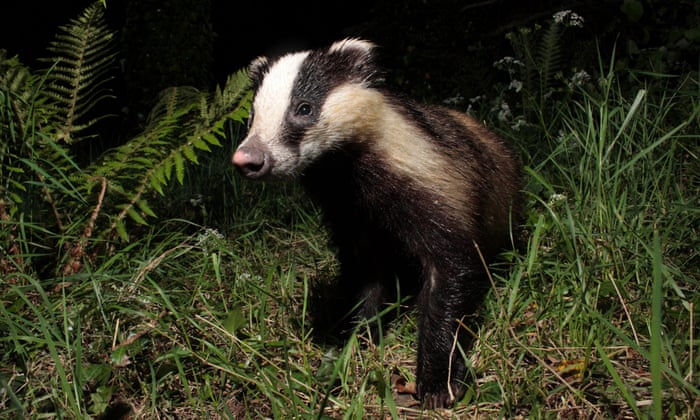 Most scientific experts agree that data from the initial trial badger culling areas in Gloucestershire, Somerset and Dorset do not justify further extension of culling (Scientists criticise badger cull extension, 31 August). In ignoring this advice, and extending culling to five new areas, the government risks not only wasting much money but also giving farmers false hope that the approach will contribute to reducing TB in cattle. The initial trial areas were set up to test whether free-range shooting could be done humanely and at the same time reduce badger populations by at least 70% – the figure previously established as the level needed to achieve a significant reduction in TB in cattle.

The government was able to announce last year that it had achieved its culling targets, but only because they were based on unrealistically low badger population estimates – not on the central or best estimate value, but on the lowest bound value of the statistical margin of error around this estimate. This was simply a fudge. In none of these exercises did it achieve a 70% reduction based on the most likely population estimate. As Professor Woodroffe, one of the scientists involved in the original 10-year badger culling trials, put it: “Setting the targets in this way gives a small possibility of reducing badger numbers by 70%, but a much smaller reduction is much more likely.”

Non-achievement of culling targets not only risks the whole exercise being futile but might actually increase the infection rate in cattle due to the wider ranging of surviving badgers within the culling areas.

Bovine TB has been declining since the introduction of stricter pre-movement testing of cattle in 2007-08, so it is difficult to tell what effect the culling is having on disease incidence within and around the culling areas. Nevertheless, contrary to anecdotal evidence from farmers, the only detailed analysis published so far showed no significant effect over the first two years.

An honest government would admit that the culling methodology doesn’t work and abandon it altogether. Failing this, an alternative would be to complete the initially planned four years of culling in the existing areas, basing targets on the most realistic population estimates, and then to follow up with a detailed analysis of the results before deciding whether to extend or discontinue culling.

Bigfoot Evidence
From youtuber Trace Unknown - Quest for Bigfoot: An Unknown Species. Filming for the first season has now been completed. Editing in process.

Vimeo
AVAILABLE FOR DOWNLOAD SEPTEMBER 7th!! A short clip from my upcoming Bigfoot documentary WILDMAN: MY SEARCH FOR SASQUATCH.

Fortune
BigFoot Project Investments, which focuses on finding and documenting proof of Bigfoot, filed for a public stock offering on Tuesday. The company is ...

Fortune
BigFoot Project Investments, which focuses on finding and documenting proof of Bigfoot, filed for a public stock offering on Tuesday. The company is ...
Posted by Jon Downes at 5:00 AM No comments: 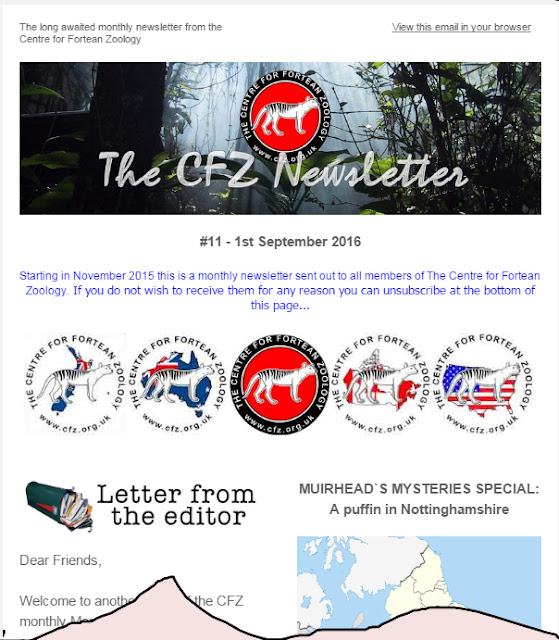 
For those of you not in the know, at the beginning of each month we send out a newsletter to all members of the CFZ. The most recent (which went out yesterday) included articles on puffins in Northamptonshire, The 2016 Weird Weekend, the return of OTT, vagrant butterflies in the UK, Notes and Queries etc.

ON THIS DAY IN - 1859 - The Pullman sleeping car was placed into service.
And now some more recent news from the CFZ Newsdesk