A happy birthday to my beloved Godson

Posted by Jon Downes at 2:54 PM No comments:

Japanese TV has a long and august record of delivering the best in terrifying prank-based entertainment, from rocket-powered toilets to a workplace sniper attack.
This latest idea contains all the ingredients for the perfect prank – full-blown looks of horror, slapstick comedy and, most importantly, men in dinosaur costumes chasing unsuspecting victims down office corridors.
While watching the two videos, you may like to think about how glad you are the Japanese version of Ofcom apparently doesn’t take its role very seriously.
Posted by Jon Downes at 1:48 PM No comments:

Monday morning with a hangover, and the vista of another week stretches joyously before me. All sorts of stuff has happened this morning already, none of which I am able to talk about. You will probably have noticed that both On the Track and the majority of the Sunday videos from this year's Weird Weekend have not yet appeared. There has been a temporary setback. I managed to blow up our firewire card, which is necessary to transfer data from the video cameras to the main computer. Whilst this has now been replaced, it took a couple of days (even though it only cost fifteen quid) and we are now running several days behind schedule.The situation was not helped by my recent illness, so whilst you can be assured that all these videos WILL appear, please be patient. Everything comes to those who wait!

*  Jon Downes, the Editor of all these ventures (and several others) is an old hippy of 54 who - together with his orange cat (who is currently on sick leave in Staffordshire) and two very small kittens (one of whom is also orange) puts it all together from a converted potato shed in a tumbledown cottage deep in rural Devon which he shares with various fish, and sometimes a small Indian frog. He is ably assisted by his lovely wife Corinna, his bulldog/boxer Prudence, his elderly mother-in-law, and a motley collection of social malcontents. Plus.. did we mention the orange cat?
Posted by Jon Downes at 1:48 PM No comments:

We have recently been donated two beautiful juvenile veiled chameleons Chamaeleo calyptratus by a local breeder, we have named these fascinating lizards Micky and Mallory. They are now settling in well in our reptile section and are feeding gluttonously on small locusts and flies.

We have had an emergence of humming bird hawk-moths Macroglossum stellatarum that can now be found (with some patience) fluttering around the flight area. These magnificent moths can be seen emerging from pupae or free flying - definitely of interest to the Lepidopterist!

Last Tuesday (Aug 20th) FYFFES plc - Coventry ripening site, brought in another deadly wandering spider Phoneutria sp. Soon we are planning a trip to the site to investigate how this deadly genus survives so regularly while other so called "banana spiders" are often killed by the pesticides used there. We shall also collect any species we find - encountered species also usually include Widow spiders Latrodectus mactans., Huntsman spiders Heteropoda sp., Cuban tree frogs Osteopilus septentrionalis and many centipede species (class Chilopoda). Unfortunately, as can be seen in the illustration, this most recent Phoneutria has lost one of its rear limbs in transit but, like other inverts, can luckily renew the lost limb after a few successful moults. 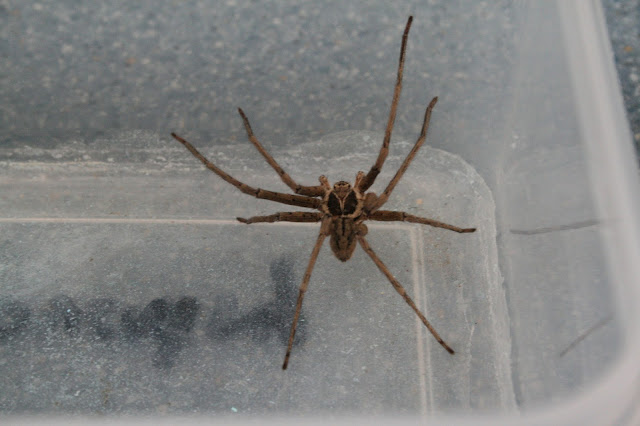 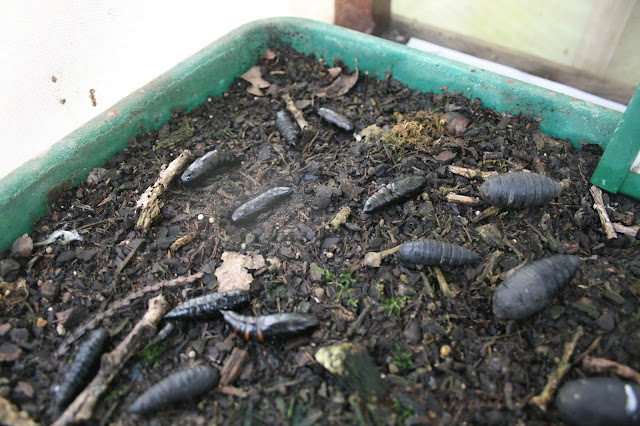 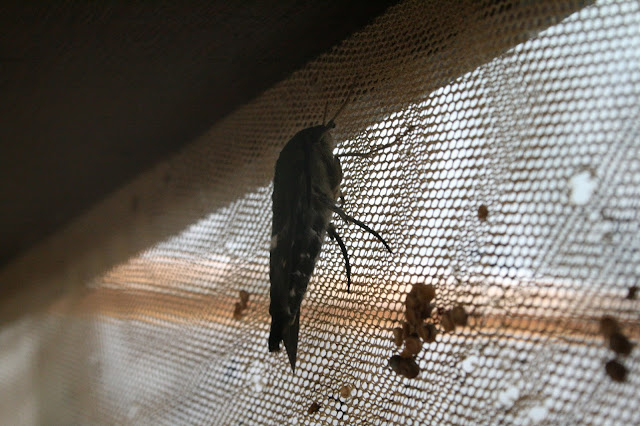 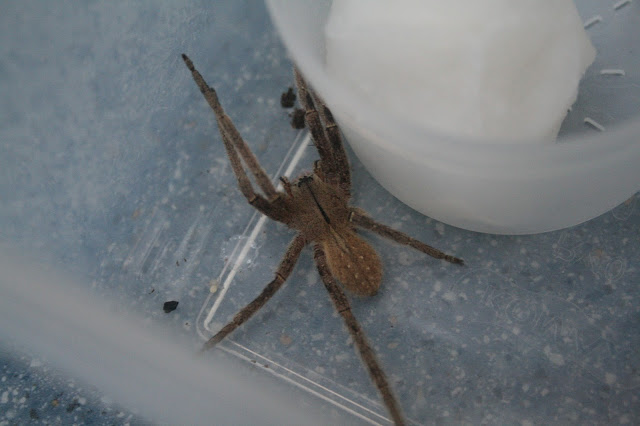 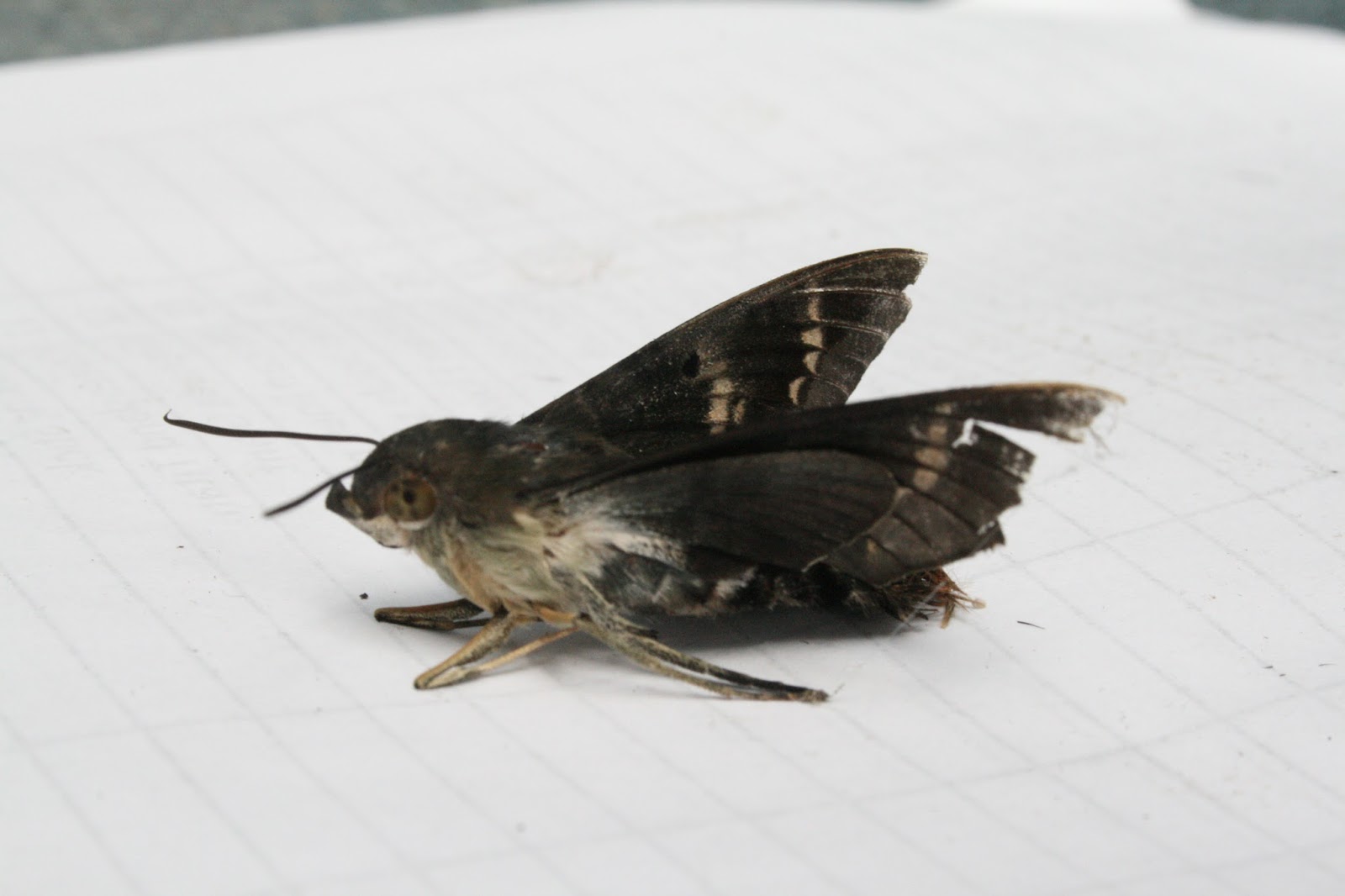 On this day in 1839 John Herschel took the world's first plate glass photograph.
And now the news: