On this day in 1975 Ross McWhirter, the co-founder of the Guinness book of records with his brother Norris, was murdered.
And now the news:

Ross and Norris made regular appearances on Record Breakers. Here’s a show about dominos:
http://www.youtube.com/watch?v=E6Ux9dh4Y5E
Posted by Jon Downes at 12:01 PM No comments:


Thanks to Corinna for finding this noisome object
Posted by Jon Downes at 11:50 AM No comments: 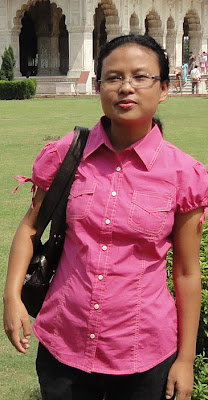 Whilst hunting the Indian yeti - or Mandebarung - in the Garo Hills in 2010 we were aided by a delightful man named Dipu Marak. A local journalist and investigator, Dipu had been on the trail of the yeti for many years, interviewing witnesses and exploring the jungles where he found 18-inch, man-like tracks. Whilst in the mountain town of Tura, Dipu invited us to eat with his family. His lovely wife Dezyama had prepared a veritable feast for us.

We were all saddened to hear of her sudden death at the age of just 36 on 2nd November.

Dezyama D. Sangma was born on 15th January 1975. Her father passed away when she was about 7 years old. She attended Sacred Heart School during her childhood and later studied at Don Bosco School till Grade VI. She then went on to study at St Xaviers' High School, Tura, and finished her schooling from there. She joined Don Bosco College in 1993 and later graduated in 1998 with a Major in Political Science. Dezyama was the 1st college graduate from her family. She was a devoted Catholic and was actively involved in various youth-related activities like youth seminars, conferences, church choir, group singings, prayer meetings and youth animation programmes all over the Garo Hills. She liked to sing, dance and mingle with the kids and family members. She won many prizes in singing and various other sports and competitions during her school and college days. 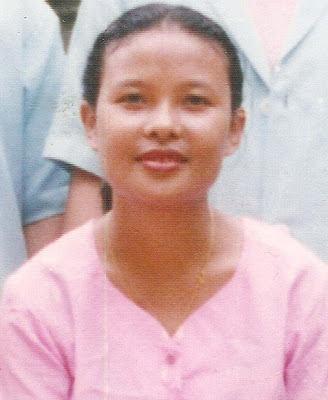 She met her future husband, Dipu Marak, during her days in church activities. Dipu Marak was a youth leader involved in organizing camps and seminars for the youth of the Garo Hills. They became good friends and later decided to get married. They were wed on 10th November 1999.

After suffering two miscarriages Dezyama finally gave birth to a lovely daughter, Cherikna Donnasa D. Sangma, (http://www.emerentiana.8m.com/) after 10 years of marriage on 20th February 2009. Sadly, Cherikna passed away after 3.5 months on 9th June 2009, her death shattering their once happy family. The couple adopted a baby boy in 2010 whom they named Jakrim Jordano D. Sangma. Dezyama conceived again in February 2011. She was admitted to Holy Cross Hospital on 1st November 2011 and taken to the operation theatre for a Caesarian section at around 5:05pm. A healthy baby boy was born at around 6pm. Dezyama was later taken to ICU and developed breathing problem at around 2:50am, and slowly slipped into a coma. Dipu was notified at around 3:25am and rushed to the hospital. Dezyama fought on and tried hard to breathe for about 12 agonising hours during which time she suffere 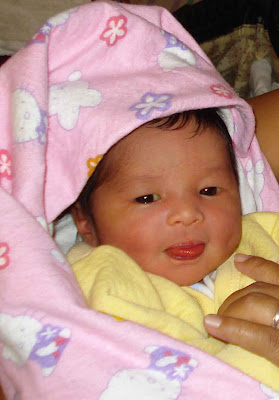 d a total of four massive cardiac arrests, before she finally passed away at around 3:00pm on the afternoon of 2nd November. Dipu is totally devastated. She did not have heart or any other major diseases, but she did have Hemoglobin E deficiency disease.

Dezyama leaves behind her husband, her adopted elder son Jakrim Jordano D. Sangma, now 9 months old, and the infant baby boy who is as yet unnamed, as well as many other family members and relatives. She was just 36 years of age.

The CFZ will be running an ongoing appeal to help Dipu and the children, as well as a similar appeal for the widow of Sahar Dimus, our Sumatran guide. You will be able to donate via the website.
Posted by Jon Downes at 11:40 AM No comments: