FROM HERPDIGEST: Can we use the tadpoles of Australian frogs to reduce recruitment of invasive cane toads?

4.Synthesis and applications. Encouraging the general public to construct and restore waterbodies in peri-urban areas to build up populations of native frogs - especially the much-loved green tree frog Litoria caerulea- could help to reduce recruitment rates of invasive cane toads in Australia.
Posted by Jon Downes at 2:38 AM 1 comment:

Posted by Jon Downes at 2:35 AM No comments:

New Anole Website - Anole Annals (http://anoleannals.wordpress.com/), a new website devoted to all things anole. Created by a group of scientists and anole enthusiasts, the site features postings from many authors on new scientific findings, descriptions of new species, anoles in art, literature and commerce, photographs and general discussion of topics concerning the biological diversity of the 400 species of Anolis. Recent postings include discussions of invasive anole species; anole, the first gay superhero; anole origami and anoles in recent art exhibits; and a report of an anole consumed by a venus fly-trap.
Posted by Jon Downes at 2:31 AM No comments: Posted by Jon Downes at 2:29 AM No comments:

TAXONOMY FAIL: Another from Mr B 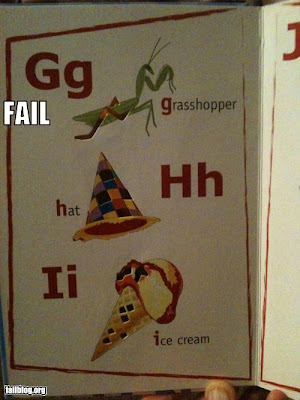 Posted by Jon Downes at 2:17 AM No comments:

When Egypt calms down a bit, consider adopting and helping to maintain a mummified animal.

"These animal mummies have been largely ignored by Egyptologists. Today, the Cairo Museum holds on of the world's largest collections of these unique artefacts. A collection which needs to be carefully recorded, studied and preserved for future generations." 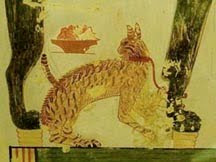 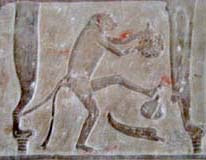 Posted by Jon Downes at 2:14 AM No comments:

On this day in 1975 Charles Hawtrey foiled an attempt by Barry and Paul Elliot, aka The Chuckle Brothers, to steal the crown jewels in order to sell them on to a wealthy Droitwich Spa based consortium for the princely sum of £80 (which was a lot of money in those days). The exact details of the incident are shrouded in secrecy and still covered by a gagging order imposed by the home secretary at the time, all that is really known about the events is that Hawtrey managed to foil the plot using only a pair of boxer shorts and a trout that he happened to be carrying at the time. Sadly, the trout perished in the insident. The Chuckle Brothers apologised personally to the queen after being frogmarched half way across London from the Tower to Buckingham palace by Hawtrey himself and she decided not to press charges as the pair had suffered enough. The Chuckle brothers gave up their life as international jewel thieves as a result. Ever since then it has been said that at midnight on the anniversary of this event the ghost of the trout can be seen flopping about on Tower Green with a somewhat shocked look on it's face.
And now the news:

If you're about 30 or so this clip might get you feeling moderately nostalgic, a forgotten classic from the late 80's/early 90s:
http://www.youtube.com/watch?v=m0aTPc66lfk
Posted by Jon Downes at 2:11 AM No comments: