WEIRD WEEKEND IN THE PRESS

TALES of the Yeti will abound in Woolsery when the largest gathering of esoteric natural history scholars in the English-speaking world,takes over the village community hall..

The Centre for Fortean Zoology’s annual conference, the Weird Weekend, will see speakers from all over the country discussing their work and discoveries.

The Weird Weekend, being held from August 18-21, is now in its 12th year and is the largest convention of its kind. This year’s speakers include one of the world’s leading geneticists, Professor Bryan Sykes, who will be speaking on the Yeti and samples of hair he has tested.

http://www.northdevongazette.co.uk/news/weird_goings_on_in_woolsery_1_980595
Posted by Jon Downes at 10:54 PM No comments:

1. The Monsters of Texas by Ken Gerhard and Nick Redfern (3)
2. When Bigfoot Attacks by Michael Newton (-)
3. Tetrapod Zoology Book One by Dr Darren Naish (-)
4. The Great Yokai Encyclopaedia by Richard Freeman (6)
6=. Haunted Skies Volume Two by John Hanson and Dawn Holloway (5)
6=. The Mystery Animals of Ireland by Gary Cunningham and Ronan Coghlan (4)
8=. Big Bird by Ken Gerhard (-)
8=. Weird Waters - the lake and sea monsters of Scandinavia and the Baltic States by Lars Thomas (-)
10. Man Monkey - The British Bigfoot by Nick Redfern (-)

Last month's positions in this pinky colour, which I think is called cerise. July's sales were rather good in both the UK and the USA. Certainly nothing to grumble about. 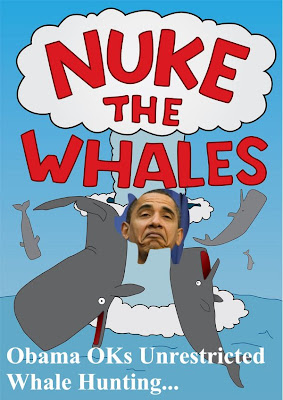 Email ThisBlogThis!Share to TwitterShare to FacebookShare to Pinterest
Labels: whaling

Profile on a Nessie hunter:
http://www.inverness-courier.co.uk/News/Behind-The-Headlines/Nessie-hunters-camera-is-always-at-the-ready-26072011.htm

A bit on the current Bigfoot research drama:
http://blogcritics.org/scitech/article/the-mystery-over-the-existence-of/
Posted by Jon Downes at 12:10 PM No comments:

On this day in 1976 the director Fritz Lang died. Lang is most famous for 'Metropolis' but in my opinion another of his early films, 'M' is even better.
And now the news:

Pangolin... (wait for it to get up and waddle off as it has a comical gait):
http://www.youtube.com/watch?v=BHnFETGkye0
Posted by Jon Downes at 12:07 PM No comments:

CRYPTOZOOLOGY ONLINE: On The Track (Of Unknown Animals) Episode 48

The latest episode of our monthly webTV show from the CFZ and CFZtv, bringing you the latest cryptozoological, and monster hunting news from around the world.

http://cfz-canada.blogspot.com/2011/07/not-your-typical-canadian-cryptid.html
Published with Blogger-droid v1.7.4
Posted by Jon Downes at 11:00 AM No comments:

Two matters concerning Lake Monsters came to my attention and seemed to need immediate treatment. I am still holding on a piece about a scrap of Neanderthal cranium dredged up from the bottom of the North Sea.

The first posting is on Russia's Monster of Lake Brosno:

And the other is on the Connecticut River Monster:

http://frontiersofzoology.blogspot.com/2011/07/connecticutt-river-monster.html
Published with Blogger-droid v1.7.4
Posted by Jon Downes at 10:58 AM No comments:

AT NIGHT ALL DOGS ARE BLUE

It is interesting to see that the young man who shot and killed one of the blue dogs the other week may be facing animal cruelty charges. I refer anybody interested in this case to these articles by Regan Lee and Ben Radford.

This opens quite an interesting can of worms, and one I have to admit I had not thought about before, despite my well-publicised like of the term 'chupacabras' for these poor woe-begone creatures, which are obviously nothing of the sort.

As I have written elsewhere, the term chupacabras seems to have been coined by my mate Ismael Aguyo some time in the mid-1990s, and was (and is) used to describe the semi-bipedal spiky creature of the Canovenas grassland plains in central Puerto Rico. As I have written elsewhere, the fact that it seems to be common parlance now for a plethora of blue and grey skinned canids from the southern states of the USA is nothing but bad news.

Indeed I appeared in a pilot episode of something called The Tracker for the Discovery Channel back in 2004 and said just this. If the Discovery Channel hadn't been such sensationalist idiots and had used my pilot rather than something shot a few months later starring a person calling himself Spaceman Joe, who apparently wandered about with a pair of deely boppers on his head and talking pernicious nonsense, then perhaps common sense might have prevailed.

This latest incident when 13-year-old Carter Pope shot what appears to be a mangy coyote has actually highlighted something I feel is very important. It is obvious to anybody with more than half a brain cell to rub together that these things are canids of some description. Indeed, it appears that the vast majority of them are mangy dogs or coyotes. Others, however, are more interesting. Some of the male animals have peculiar cushions of flesh on their haunches, which I have not seen in any other extant canid. DNA tests on the specimens secured by Dr Phyllis Canion at Cuero some years ago have proven to be a coyote x Mexican wolf hybrid. As there are no known Mexican wolves in Texas, or indeed in Mexico, this is, to say the least, an exciting set of finds.

Other DNA secured by Richie and Naomi West has been identified as a coyote cross, and we hope that the next lot of analysis by Lars Thomas, Tom Gilbert and their team will give us more information.

Whatever they are, they are not semi-bipedal or vampiric. They are not monsters, and I have only just realised this, but to insist on flying in the face of both scientific evidence and common sense and calling them by a monstrous name demonises them. Is it any wonder, then, that at 13-year-old boy shot one thinking that he had bagged a monster, when - of course - he had done nothing of the sort? Whatever these creatures are, they do not deserve to be demonised, and they do not deserve to be shot at by trigger happy teenagers.

(Golly, I got through a whole article without bringing up the subject of the wisdom of giving guns to children. Whoopee!)
Published with Blogger-droid v1.7.4
Posted by Jon Downes at 4:06 AM 4 comments: