Daughter of Texarkana filmmaker acquires rights to 'Legend of Boggy Creek,' plans to re-release ...
NWAOnline
... between Fouke-area residents and the Fouke Monster — a shaggy, Bigfoot-esque creature said to roam the nearby woods and swampy waterways.

LIZ BITAKARAMIRE: Rare Book Sale For A Good Cause

It has been quite a while since I last put my two penn'orth in on the CFZ blog but I have not been idle in that meantime. I have been working for Caritas, a little social action charity in Greater Manchester and Lancashire, which seeks to end poverty and homelessness, promote community cohesion and much more!

We have recently been donated a massive slew of books, of varying theme, but many of them caught my eye as being of potential interest to our cryptozoological community so I thought I'd share.

The books will be uploaded to both Amazon and Abe Books in the near future, but in the meantime, if you fancy doing something nice for charity, whilst also treating yourself to an informative tome about beekeeping, or a guide to the birds of South Africa, please email l.bitakaramire@caritassalford.org.uk

P.S. You can also sign up to our e-newsletter here: http://eepurl.com/dv87oL 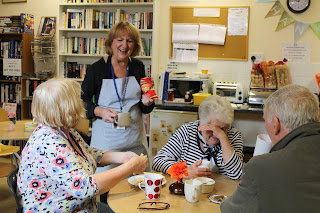 ON THIS DAY IN -   1887 - Rowell Hodge patented barbed wire.
And now some more recent news from the CFZ Newsdesk