Dear butterfly friends,
If you enjoyed The Butterfly Isles, you may like Patrick Barkham's Guide to British Butterflies, a new butterfly identification DVD, out this month.

It is the work of TV producer and butterfly obsessive Bill Smith, who has spent two years roaming the country filming butterflies. I joined him last summer, and revisited many fantastic butterfly locations around the country.
The DVD is five hours of professionally-shot footage, with short films on all 58 mainland British species, and rare migrants too.

Many thanks and best wishes,
Patrick
Posted by Jon Downes at 2:16 PM No comments:

A bizarre bicycle race between a bear and two monkeys ended in a bloodbath after the bear toppled one of the primates from its velocipede and wolfed it down in front of a circus audience.
The incident happened at the annual 'Wild Animal Olympics' at an animal park in Shanghai and though costumed zoo staff attempted to beat the bear off the monkey with sticks, the mammal continued to attack the primate.
Campaigners claim the animal olympics is cruel and have called the animals "miserable" and victims of cruelty and abuse.
Read on...
Posted by Jon Downes at 2:12 PM No comments:

Beetle rediscovered in Denmark after 45 years
Posted by Jon Downes at 2:05 PM No comments:

Yesterday was not a nice one for all sorts of reasons that I shall not go into. Hopefully today will be better. The weather is reasonably mild, but damp. The leaves are coming out at a rate of knots, and trees which were bare a week ago are now sporting pale green baby leaves. But no butterflies. I have hardly seen any this year, and am beginning to get worried that the dreadful spring we had will have dealt them a crushing blow.

*  Jon Downes, the Editor of all these ventures (and several others) is an old hippy of 53 who - together with his orange cat (who is currently on sick leave in Staffordshire) and a not very small orange kitten (who isn't) puts it all together from a converted potato shed in a tumbledown cottage deep in rural Devon which he shares with various fish, and sometimes a small Indian frog. He is ably assisted by his lovely wife Corinna, his bulldog/boxer Prudence, his elderly mother-in-law, and a motley collection of social malcontents. Plus.. did we mention the orange cats?
Posted by Jon Downes at 2:00 PM No comments: 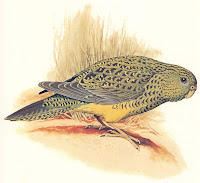 On this day in 1962 Marvel published Stan Lee's comic 'The Incredible Hulk' for the first time.
And now the news:


Stan Lee makes cameos in most Marvel comic films, here he is in The Incredible Hulk:
http://www.youtube.com/watch?v=ehAkYxYze7M
Posted by Jon Downes at 12:06 PM No comments: