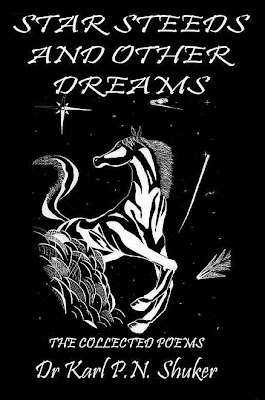 New Star Steeds and Other Dreams blog post, re a flying saucer.
http://starsteeds.blogspot.com/2011/10/flying-saucer.html

Posted by Jon Downes at 9:11 PM No comments:

It was with great sadness I learned of the death of Robert C. Girard who, as the proprietor of Arcturus Books, ran what was probably the world's premier Fortean mail-order book service. I had frequent dealings with Bob when I ran Excalibur Books and I found him always honest, reliable and intelligent. If a book he had for sale was, in his opinion, rubbish, he would not hesitate to tell you in his catalogue. Efficiency was his middle name. Latterly, he found that New Technology had affected his sales adversely and he had undergone sundry health problems of a serious nature. He held a rather pessimistic view of human nature, for which few can blame him. He was indeed something of a philosopher and had a vibrant personality, which will doubtless be much missed by his children and grandchildren.

Ronan Coghlan.
Posted by Jon Downes at 11:30 AM No comments:

MUIRHEAD`S MYSTERIES: THE BUTTERFLY THAT DINES ON HUMAN BLOOD AND OTHER STORIES

Friends, may I once again declare to all and sundry that I have not had a relapse and I am writing this from home and not the nearest school for amateur or failed comedians. There really is, according to the latest issue of Butterfly - The Magazine of Butterfly Conservation , a butterfly that drinks human blood! And its Scottish no less! Hoots mon! Read on….

GREEN HAIRSTREAK SCENTS BLOOD
Butterfly has received an intriguing report of a Green Hairstreak with a liking for human blood. Butterfly Conservation member Michael Noble wrote: “ My wife and I were walking in the Isle of Skye and came across a family whose small boy had fallen and cut his head. His mother was trying to stem the flow of blood which was smears on his arms. As I stood there with my camera around my neck a Green Hairstreak landed on her arm and started drinking the blood. The path was at least 100 yards from any trees so I am wondering whether the scent of blood had carried that far” (1)

Another interesting story in the same issue is:

WEIRD STORY
The Cumberland News reported that “ a giant alien-like moth hovering over his garden” had given a Carlisle man the fright of his life. The 63-year-old said the creature-believed to have been a Humming-bird Hawk-moth-was “ like something out of Dr Who”

He said: “ It was just hanging around the lavender sucking away on nectar. It gave me one hell of a fright.” (2)

I wonder if it really was a Humming-bird Hawk-moth?

This final story is not really weird but interesting nevertheless and continues the Scottish theme (Q; Why has Richard gone all north of the border? Answer below)


PURPLE HAIRSTREAK FIND
Glasgow & Southwest Scotland committee member Scott Donaldson discovered a new Purple Hairstreak colony on a visit to Paisley. He spotted around a dozen of the butterflies in Shaw Wood, in the town`s Thornly Park. His discovery sparked an immediate local response and was reported in the local Press. Tom Prescott, Species Conservation Officer for Butterfly Conservation Scotland, said: “ The Purple Hairstreak has been doing well in Scotland recently.” He added : “ The butterfly is difficult to observe and it probably still remains under-recorded. “ (3)


A: Because my ancestors were Scottish.
Posted by Jon Downes at 11:18 AM No comments:

On this day in 1216 King John lost the crown jewels of England in The Wash, which was a bit careless of him. They’re still out there somewhere apparently.
And now the news:

Maybe it’s just me but there’s something about this that reminds me of Cameron and Clegg:
http://www.youtube.com/watch?v=_QlT8gayK30
Posted by Jon Downes at 10:34 AM No comments:

Richard Freeman, seething with annoyance, sent this. It is completely off topic, but so what?

The daughter of Thomas the Tank Engine’s creator Reverend Wilbert Awdry has slammed the decision to rebrand Christmas “the holidays” in an upcoming episode. In a letter to the Telegraph Hilary Fortnam said, “I am dismayed at Thomas the Tank Engine having to call a Christmas tree a ‘holiday tree’. It is not what my father wrote.“Christmas was always very important to him.”

http://uk.tv.yahoo.com/news-extra/article/191361/thomas-the-tank-engine-creators-cancel-christmas.html
Posted by Jon Downes at 9:48 AM No comments:

My Current Blog is about Fay Wray/Ann Darrow and Glenda Farrell/Torchy Blaine:

PS, the current blog DOES have a Cryptozoological reference once again.

Posted by Jon Downes at 9:38 AM No comments: 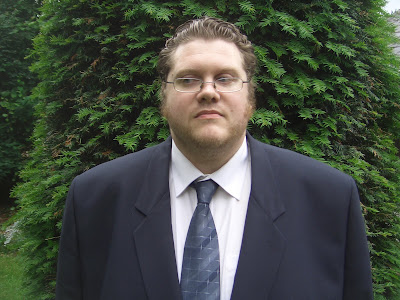 We had quite a few emails over the last few days since I announced that Oliver was leaving. There was general beating of breasts and a weeping, a wailing and a gnashing of teeth.

However, I think that I could have phrased it better. Oliver has not left the CFZ. He just does not live in my spare room any more. He and Helios 7 have gone to live in Plymouth with Oll's girlfriend Ann.

He will continue to do Yesterday's News Today and Weird Weekends and stuff, so all you Oll fans out there needn't worry.

In the meantime I am turning what used to be his bedroom into the long awaited CFZ Library. Watch this space...
Posted by Jon Downes at 9:07 AM No comments: