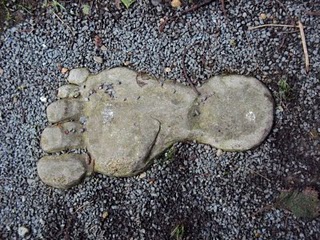 Posted by Andrew May at 3:11 PM No comments:

Bigfoot Evidence
In the IMAX film Great North, a camera captured an unidentifiable figure walking upright. While most believe it's a crew member, this video shows a ...

Bigfoot Caught On Camera Blocking Trail
Bigfoot Evidence
Cascade Bigfoot on youtube posted this video of what they believe is a bigfoot blocking their path, and then turning and walking away from them.

Brush Diving Bigfoot Caught On Video
Bigfoot Evidence
Robert Dodson is working on a new piece of footage that he captured of what he and others believe shows a bigfoot diving into some brush to remain ...

Hikers Narrowly Escape A Bigfoot Attack (Video)
Before It's News
A story from 1989, passed along to bigfoot author Will Jevning about a group of hikers who narrowly escaped an attack by bigfoot.

Camper Has Hair Raising Bigfoot Encounter Near Beaver Creek
Bigfoot Evidence
A camper and his dogs abandon their camp after being terrified by possible bigfoot creatures in the area. Rocky Mountain Sasquatch Organization ...

Man Who Killed Two Bigfoot — “The NSA Took the Bodies” (Video)
Before It's News
If you follow the bigfoot world, most of you have heard the story of “Bugs” a Texas man who claims to have shot and killed two bigfoot and buried their ..

Native American Gives His Eye Witness Testimony Of A Bigfoot Sighting
Before It's News
From the Omaha Indian Reservation in Nebraska, Elvis Freemont discusses the sighting he had at night with his brother of a bigfoot creature.
Posted by Jon Downes at 1:59 PM No comments:

THE GONZO BLOG DOO-DAH MAN HOWLS AT THE MOON

ON THIS DAY IN - 1851 - Herman Melville's novel "Moby Dick" was first published in the U.S.
And now some more recent news from the CFZ Newsdesk