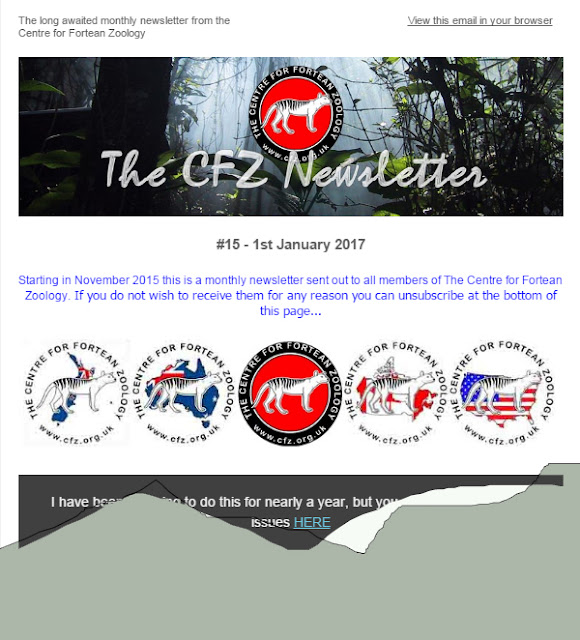 
For those of you not in the know, at the beginning of each month we send out a newsletter to all members of the CFZ. The most recent (which went out this afternoon) included articles on The Monkeys of Hilton Head, CFZ in the news, a giant maneating spider, the return of OTT, Expedition Profiles for 2017, Notes and Queries etc.

Posted by Jon Downes at 7:12 PM No comments:

Bigfoot Evidence
The SoCal Sasquatch Organization heads out to a sighting location to retell the story of a possible bigfoot encounter in Yucaipa. Check it out: ...

Bigfoot Evidence
Bigfoot, Yowie, Grassman, Sasquatch. Whatever you call them, Bigfoot is nearly a household name all ove the world and by far the most popular ...

ON THIS DAY IN - 0404 - The last gladiator competition was held in Rome.
And now some more recent news from the CFZ Newsdesk