Minne, the fiberglass creature that has bounced from one Minneapolis lake to another as a summertime adornment, has been getting too much hands-on love from admirers lately and was pulled Wednesday from Lake Calhoun.
The Loch Ness monster-like sculpture was removed because numerous people were making their way to Minne on paddleboards and climbing on its back and up the long neck of the 13-foot-tall piece of artwork.
Several photos posted Wednesday on Minne’s Twitter account, @LakeCreature, show people clambering all over the sculpture.
The abrupt drylanding of Minne was “out of concern over damage and for the safety of both Minne and Minneapolitans,” said Janette Law, director of external relations for the Minneapolis Parks Foundation, which helps financially support the city’s Park and Recreation Board.

WW2015: Introducing The Grim (and its author) 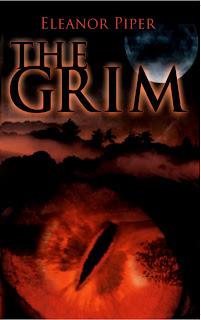 
Eleanor Piper grew up in the West Country and spent much of her time on the moors and walking the coastal paths of . She has always enjoyed the ancient history and mythology of the county she grew up in. She will be talking about her exciting new book:

“In the darkness claws scraped against rock as something headed up out of the stygian gloom to hunt in the shelter of night.
Silhouetted against the dying sunset a head emerged from the cave. Feline, graceful, powerful. It yawned. Even to a distant observer, the fangs would have been obvious. The creature was an apex predator, larger than a tiger and far more deadly. “

Mabel Cooper, Dartmoor National Park Ranger, must put aside her conservationist sensibilities when she is asked to help guide top big game hunter, Baxter Cobb, in his quest to track and kill the man-eater that was responsible for the death of a dog walker on the moor.


But no big cats have escaped from the zoo. And as the death toll mounts, so do the questions about what this creature is. The hunters must come to terms with the fact that the ancient tales of horror, surviving as folklore for centuries, will turn out to be based on more than just myth and legend.

Sasquatch Chronicles
The YouTuber writes "Filmed by a group of kids playing in the snow in their tree-house, this Sasquatch was measured by Bigfoot investigator Jack ...

'I want to find out the truth': Researcher tracking 'Bigfoot' near Toronto
Trunews
Lau, one of the only Canadians accredited by the international Bigfoot Field Researchers Organization (BFRO), has been a field investigator since ...

Man Claims To Have Caught Well Endowed Female Bigfoot On Video
Before It's News
Birdman 649 shot the following video in one of his research areas, and believes he caught several bigfoot on video, including a female that is (ahem) ...
Posted by Jon Downes at 12:29 PM No comments:

www.gonzomultimedia.co.uk/about.html
I really shouldn’t have written what I did on yesterday's blogs. For those of you who are not regular readers, I had cheerfully boasted at what a nice day it was being, adding the caveat that I was sure that once I had said that everything would start to go wrong.
Well sadly, it did.
Nothing too important, but an irritating series of relatively minor annoyances that’s served to turn me from a cheerful chappy to an irritable pain in the neck. So im not going to make the same mistake again. The highlight of today, apart from interviewing the lovely Jaki Windmill, and later another chanteuse called Sophia, is going to Bideford hospital were they will hopefully not tell me that I need my foot amputating.
Toodle pip.
The Gonzo Weekly #139
www.gonzoweekly.com
Raz Band, Joey Molland, Badfinger, Stills-Young Band, Barnstorm, Fleetwood Mac, Gram Parsons, Roy Weard, Dogwatch, That Legendary Wooden Lion, Hawkwind, Jon Anderson, and Yes fans had better look out!
The latest issue of Gonzo Weekly (#139) is available to read at www.gonzoweekly.com, and to download at http://www.gonzoweekly.com/pdf/. It has Michael Raz and Joey Molland on the front cover together with an interview with the Raz Man himself inside. Doug looks at the updated and remastered edition of Yes' Relayer, John B-G goers to see Fleetwood Mac and Jon examines a book about Gram Parsons. Xtul are very near to a climax. Thom waxes all poetical like, whilst the legendary Roy Weard continues his regular column. And there is a radio show from M Destiny at Friday Night Progressive, and one from those jolly nice chaps at Strange Fruit. There is also a collection of more news, reviews, views, interviews and pademelons with books to peruse (OK, nothing to do with small marsupials in a literary mood, but I got carried away with things that rhymed with OOOOS) than you can shake a stick at. And the best part is IT's ABSOLUTELY FREE!!!
This issue features:

ON THIS DAY IN 1914 - Austria-Hungary issued an ultimatum to Serbia following the killing of Archduke Francis Ferdinand by a Serb assassin. The dispute led to World War I.
And now some more recent news from the CFZ Newsdesk


AND TO WHISTLE WHILE YOU WORK... (Music that may have some relevance to items also on this page, or may just reflect my mood on the day, and is completely the choice of Jessica who has christened today "Girly Thursday")
Posted by Jon Downes at 12:30 AM No comments: