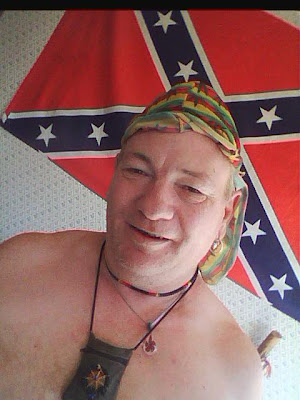 Happy Birthday to our New Zealand representative. Have a good one dude.
Posted by Jon Downes at 9:54 PM 2 comments:

I made a slight detour from my planned agenda: I still have the Living Sivatherium blog entry loaded and I am still working on it. However, I found a very arresting piece of evidence while on a search for photos to that blog entry and I count it as a special update at the end of of one of my CFZ blogs out of the past. The Sivathere piece probably follows on Wednesday due to re-scheduling.

On the Frontiers of Anthropology I had a recent posting on King Tut's skull, which was not mentioned here yet, but it is now the second blog entry back. Today I re-posted one of Karl Shuker's blogs about the last wooly mammoths in England because I found the date given was the same as the mass extinction event worldwide, and possible evidence of a worldwide cataclysm. With my additional commentary after Karl's posting, not otherwise altering Karl's information in the least:

Posted by Jon Downes at 9:20 PM No comments: 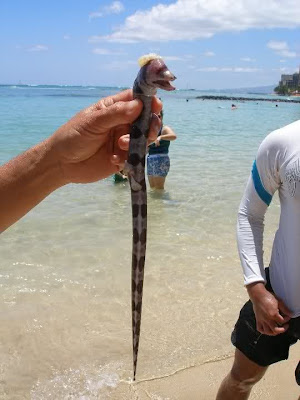 After reading this post the other day, Loren Coleman wrote:

'LOL.It is a freaking small world in Fortean cryptozoology.

So my mystery fish is Gymnothorax rueppellii - Damn! I had hoped that it would be a freshwater species and that I could think of an excuse to add some to the CFZ aquariums.

As far as the peculiar happenstance is concerned, just remember what Doc said to me many years ago:

"There's no such thing as a coincidence, you Saxon eejit!"

And so say all of us.

After months of my bullying them into doing it, I am very pleased to announce that the Haunted Skies Project has now got a blog in the CFZ Bloggo network. John and Dawn are to be commended for their hard work, which I think is a benchmark for how fortean research should be carried out.

NEWS FROM THE HEUVELMANS ARCHIVE

Markus Hemmler sent this message to the Frontiers of Zoology email group, which is run by our very own Dale Drinnon. It is of some importance to those of us interested in cryptozoology, so I am reprinting it:

The next issue of "Kraken" will be published in June 2011 according to Olivier Glazoit from the Museum. Due to a lack of internal ressources to continue the publishing this also will be the last one. Only for a short time I personally hope.

The whole story with pics:

On this day in 1930, according to the BBC, nothing newsworthy happened at all. As a result the news bulletin is said to have consisted of the newsreader announcing this and then silence.

There's got to be a fish joke amongst this collection of puns from Tim Vine somewhere:

http://www.youtube.com/watch?v=Nx9EIMiGaJ0
Posted by Jon Downes at 10:00 AM No comments:

AS A PRELUDE TO A NEW SERIES, DALE HAS REPOSTED AN ARTICLE BY RAHEEL MUGHAL

http://frontiersofzoology.blogspot.com/2011/04/raheel-mughal-msc-repost-from-cfz-blog.html
Posted by Jon Downes at 9:03 AM No comments: 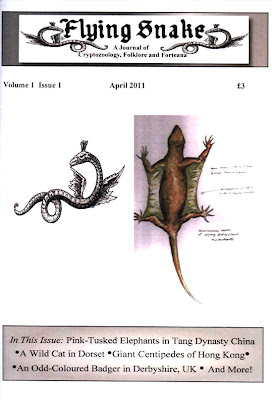 Posted by Jon Downes at 9:00 AM No comments: