The Inkyumba is a water monster from South African Zulu oral traditions. After many sightings (some of which sadly turned out to be hoaxes – such as an infamous photograph circulated around the Internet and in periodicals and textbooks). However, the Inkyumba seems to be more zooform than cryptid, primarily because of the rich oral history pertaining to the beast as dictated by the Howick Falls Zulu population, in particular, that the being is associated with water and that it is an ill omen to search for such a beast because if one happens to see one it will bring imminent death and destruction to the individual and the village to which he/she is affiliated (sounds very similar to another infamous African lake dragon – Mokele Mbembe and dragons in particular).
Posted by Jon Downes at 11:36 AM No comments: 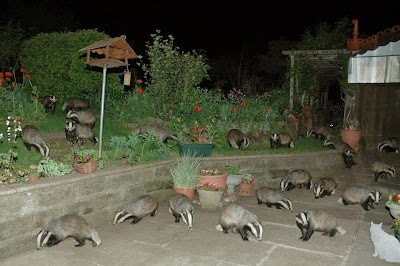 Sometimes you want to believe. I found this on the ever reliable interweb. I have no idea who posted it or created it, but I highly doubt it’s simply a snapshot.
Whatever it is, I like it and if real, which I doubt, that would be one brave kitty-kat.
Posted by Jon Downes at 11:17 AM 5 comments:

I am not always the brightest button in the barrel, and to my embarrassment I missed two episodes of Glen Vaudrey's increasingly excellent `Whole Wide World` out entirely. Here they are:

French Guiana is an overseas department of France and as such plays host to the French space port, taking full advantage of its location close to the equator. It was also, in the past, the location of the Île du Diable that notorious penal colony better know in the English-speaking world as Devil’s Island. If that isn’t good enough, it has a great flag and its own mystery animal: the Maipolina.

Back to the dangerous critters with this one, the Maipolina is French Guiana’s very own water tiger.

Why not get started with a gruesome bit when a boy fell into the Maroni River in 1962? It didn’t end well for him and when the locals went to recover his dead body they had a shock because it looked very much like it had been partially eaten by a mystery animal, a finding that was backed by a doctor’s examination of the corpse; it was suggested that the Maipolina was responsible for the injury.

So what does the Maipolina look like? Well, we are in luck on that one because Colonel René-Antoine Riccate interviewed a witness to one such creature that was spotted lying on a rock by the river one evening. The description was as follows: an estimated size of 9 ft long and 3 ft wide; its feet had a fearsome set of claws that were likened to those of the three-toed anteater; its ears were drooping and it had large, round, dark brown eyes; it had a coat of short, fawn-coloured fur with a whitish chest and its tail was described as looking like that of a cow: long and terminating in a tuft. But it was the animal’s teeth that were its striking feature, described as being like those of a walrus. With a description like that it seems that there could well be an undiscovered sabre-toothed cat lurking in the waters of South America. Well, I for one hope so.

Sitting between French Guiana and Guyana, the country of Suriname is the only Dutch-speaking country in South America and other than that I couldn’t find much else about the place apart from the fact that it has a big bridge called the Jules Wijdenbosch Bridge. I think it’s time we move on to look at Suriname’s cryptid, the Didi.

We’re not talking about slave labourers in Ken Dodd’s jam butty mines; we are actually looking at a mystery primate. Described as being around 5 ft tall, thick set, powerfully built, with reddish-brown or black hair. Sightings of the Didi are actually reported across a wide area from Guyana, across Suriname and into French Guiana. Reportedly a shy animal, it has been claimed that it can walk erect and when it does it swings its arms. It is also said to travel in pairs. It appears to be heard more times than it is seen with its call sounding like ‘hoo hoo.’ Alternatively, there is a long whistle that has been attributed to it.

While it does appear to be a mystery primate, there is also the odd claim that the Didi is able to successfully mate with humans. So is it a wildman or just a monkey? I am sure we will find out one day.

Next we skip across the border and enter Guyana
Posted by Jon Downes at 11:12 AM No comments:

RICHARD FREEMAN PASSED THIS ON

Email ThisBlogThis!Share to TwitterShare to FacebookShare to Pinterest
Labels: center for biological diversity

On this day in 1969 the science fiction author John Wyndham died. Wyndham wrote many classic sci-fi novels, several of which were turned into equally classic films like The Day of the Triffids and The Midwich Cuckoos, which was filmed as The Village of the Damned.
And now the news:

Bigfoot demands free speech
Kangaroos, wallabies, black panthers and even Bigf...
Scientists: Oldest wild bird in US is new mother
Saga of the sardine apocalypse: why they died

Leave him Nancy, he's not worth it:
http://www.dailymotion.com/video/x5elpa_village-of-the-damned-1960_shortfilms
Posted by Jon Downes at 11:06 AM No comments:

KARL ASKS: A BIPEDAL SNAKE IN PARADISE - COULD SUCH A THING BE? 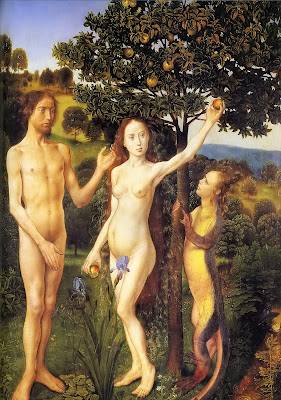 DALE LIKES MY PICTURE EDITOR SKILLS, WHICH CONSIDERING THIS WAS THE FIRST THING I SAW WHILST DRINKING MY WAKE-UP TEA, HAS STARTED THE DAY NICELY

http://frontiersofzoology.blogspot.com/2011/03/dales-possible-pterosaurians.html
Posted by Jon Downes at 10:55 AM No comments: