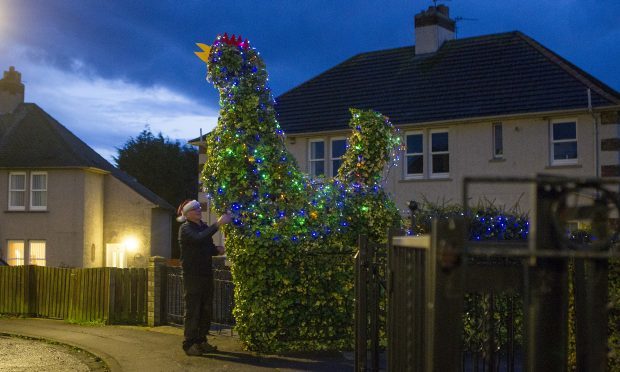 Pensioner Jim Hughes is spreading a little Christmas cheer after turning a 14ft cockerel in his front garden into a festive display.

https://www.thecourier.co.uk/fp/news/local/fife/329114/pensioner-impresses-with-eye-catching-display-in-fife-garden/
Posted by Jon Downes at 6:47 PM No comments:

Bigfoot Evidence
Youtube bigfooter Colorado Bigfoot takes us to one of his areas that is abundant with signs of the creature. But what about the creature itself?

Bigfoot Stories From The Pac West
Bigfoot Evidence
Here are some true accounts and some Bigfoot stories from the PacWest! All of these stories are based on true accounts by the way. Many are real ...

ON THIS DAY IN - 1654 - A meteorological office established in Tuscany began recording daily temperature readings.
And now some more recent news from the CFZ Newsdesk