Things are very slowly getting back to normal. I have received a lot of CDs and DVDs over the past couple of days - some for review purposes and some for birthday presents. However, my dear and trusty hi-fi amp blew up last night (after providing great service for fifteen years) and took one of my speakers with it. So I can't listen to anything for a day or two. Young David (my nephew) is lending me some studio monitors he pinched from somewhere, and I will be back in action in a day or two. In the meantime, on with the blogs...

We kick off (geddit?) with some more news about Jon Anderson's new football song. The man gets better and better, at the age when most of us would be thinking about a pipe and slippers and taking the dog for a walk just before closing time. I am seriously impressed and cannot wait until the new album.
http://gonzo-multimedia.blogspot.com/2012/08/filed-under-music-features.html

Chris Evans is a bit like Terry Christian. They both have really irritating stage personas, yes I know that Terry is actually a really nice guy and I suspect that so is Chris. He recently had Dave Brock from Hawkwind on his show, and you can catch up with what happened on BBC iPlayer
http://gonzo-multimedia.blogspot.com/2012/08/hawkwind-dave-brock-on-bbci-player.html

Another visit to the universe of Thom the World Poet
http://gonzo-multimedia.blogspot.com/2012/08/thom-world-poet-daily-poem_23.html

Last week, the massively funny Peter McAdam launched the '9 Henrys' book with a party featuring Martin Stephenson and other special guests. It looked like it was a lot of fun. Here are images and a video.
http://gonzo-multimedia.blogspot.com/2012/08/pictures-and-video-from-9-henrys-book.html

And whilst on the subject of Martin Stephenson, here is a link to an amusing and very insightful review..
http://gonzo-multimedia.blogspot.com/2012/08/link-martin-stephenson-darwen-library.html

And finally. Your editor is basically an old hippy. It was his birthday yesterday, and he wants to say thank you for all the love and support from the Gonzo Daily readers
http://gonzo-multimedia.blogspot.com/2012/08/jon-is-overwhelmed.html

Posted by Jon Downes at 4:55 AM No comments:

This is a story of twitter and the turtle.

Blake Shelton, country singer and a star of TV's "The Voice," tweeted yesterday that he swerved his vehicle to "smash" an Oklahoma box turtle. When my friend, herpetology expert John F. Taylor alerted me to the tweet, I replied to Shelton asking if his comment was a bad joke or was he really so cruel?

As BuzzFeed has suggested in publishing our conversation, Shelton's response wasn't courteous: he told me to "shut up." Since then, he and some of his followers have called me and others who questioned him names so rude and colorful I can't print them here (they're at the @BlakeShelton and @bjkingape feeds if curiosity moves you).

The name-calling is juvenile and annoying, but not the main issue.

Apparently the original tweet was a bad joke, and Shelton wasn't even in Oklahoma yesterday. Take a look again at BuzzFeed, though. Are fans really killing turtles in honor of Shelton? I hope those tweets are just bad jokes too.

But by experiment, a NASA scientist recently found out that 6% of drivers do intentionally swerve to hit animals, turtles among them. That's animal cruelty, and we don't need a singing and TV star, especially one considered to be animal-friendly, encouraging it.

On the morning of July 27, 2012, Blake Shelton Tweeted that he had intentionally swerved onto the shoulder of the road in order to hit a turtle, sending a number of his animal-loving fans into an uproar [22]. Within hours, a screenshot of his Tweet had gone viral throughout the herpetoculturist community and both his Twitter account and Facebook page were flooded with comments from animal lovers all over the nation voicing their opinions on the matter.

According to Oklahoma state law this is considered a felony:

Change.org petition to get OK. to at least fine him (though it is a felony)
http://www.change.org/petitions/oklahoma-department-of-wildlife-conservation-charges-against-blake-shelton
Some background on Shelton’s past, opinion’s and previous Tweets. Basically he is a bigoted drunk.
Blake Shelton says record label tried to get him off Twitter
July 11, 2011, 3:38 PM EST
WENN

Blake Shelton says his record label threatened to shut down his Twitter account out of concern that his messages were overly candid and sometimes offensive.

Shelton, who has recounted his drunken nights on Twitter, caused controversy in May after posting what many took to be an anti-gay remark: "Re-writing my fav Shania Twain song.. Any man that tries Touching my behind He's gonna be a beaten, bleedin', heaving kind of guy." He later apologized for the tweet, characterizing it as a misunderstanding.

He tells The New York Times, "There was a point where Warner Bros. was, like, 'We've got to get Blake off Twitter, 'cause he can't say these type of things.' I hope that people learn from me. It's OK to be yourself. It's OK to offend somebody, and, as a matter of fact, please be polarizing. If you're not polarizing, you failed in my opinion. If you don't stand for something, how can anyone respect what you do?" 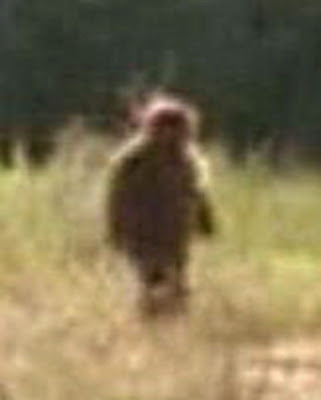 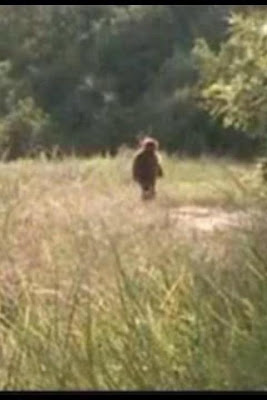 LINK: Locals Reluctant to Talk About Bigfoot in Public

Steven Streufort, the owner of Bigfoot Books in Willow Creek, showed off this 18-inch-long plaster cast taken from tracks found in the forest. / Photo by Kristan Korns, Two Rivers Tribune.

Tribes all along the Pacific coast, from Central California all the way up to Alaska, have shared stories about large hairy human-like creatures that live hidden in the forests of the Pacific Northwest.

Steven Streufort, who runs Bigfoot Books in Willow Creek, said that European settlers arriving in the area disregarded the stories at first – until they started finding footprints and catching sight of the creature themselves. It wasn’t until the twentieth century that the local stories reached the outside world.

“In the late 1950s they started to cut into a remote area of virgin timber north of Weitchpec,” Streufort said. “When they started cutting roads into there, they found footprints in the new roads.”

A logging tractor driver from Salyer named Jerry Crews took pictures and made plaster casts of huge footprints at his work site near Bluff Creek. The footprints were 16 inches long.

The Humboldt Times in Eureka published the pictures in October 1958, and the story was retold by newspapers around the world.

On this day in 1949 Geoff Capes was born. Capes is arguably the strongest man to have ever lived, having gained more awards in strength competitions than any other man and medals in shot put at the Olympics and Commonwealth Games as well as winning many events at the Highland Games. These days he breeds birds.