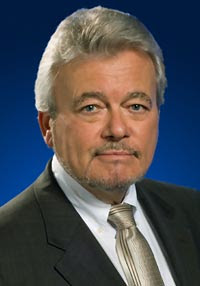 The Coast to Coast AM introduction for the interview:

Joining George Knapp, Dr. Melba S. Ketchum discussed her DNA analysis of possible Bigfoot hair samples, which was leaked to the public before the publication of her peer-reviewed paper. She reviewed her background as a veterinarian, years of research in genetics, including forensics, and her founding of the company DNA Diagnostics in 1985. She also addressed controversies that have been stirred up in the Bigfoot research community about her findings. Part of the problem, she explained, was that some non-ethical people became involved in her project, though none of their research was ever incorporated into her final paper.

While she was not at liberty to discuss all aspects of her Bigfoot DNA testing before her manuscript is published, she confirmed that analysis was done on over 100 hair and skin samples, sent in by eyewitness of the creature, or from researchers in the field. To maintain objectivity, some of the samples were sent “blind” to other labs– that is they were not identified as possibly being from a Sasquatch. Ketchum outlined how her lab was able to prevent contamination problems, by checking against the DNA of her lab employees and the people who submitted the samples.

By Frank Cerabino Palm Beach Post Staff Writer Many of you are probably vowing to start exercising after the holiday season. It happens every year. Gym memberships swell in January. But maybe instead of joining the gym, you should consider hunting for Bigfoot. I thought of this after talking to Tim Fasano, a 56-year-old Tampa taxi driver by way of a college philosophy degree. “I wouldn’t last five minutes on a treadmill,” said the 260-pound cabbie. “But I can spend hours walking around the woods. It’s good for me. I need the exercise.” Fasano walks through Florida swamps, woodlands and forests about three days a week in search of Bigfoot. It’s more than a hobby with him. He has devoted countless hours to the hunt and posted YouTube videos of suspicious footprints and audio clips of animal howls.

His website “Sasquatchevidence.com” makes for enjoyable reading for anybody who has the inclination to imagine that the mythical Bigfoot creature lives in Florida. Fasano says it makes perfect sense for Bigfoot to be here. “Florida contains some of the wildest areas of remote, dense jungle and unexplored areas,” he said.

Posted by Jon Downes at 2:39 PM No comments:

It’s been over 15 years since there was a peer-reviewed journal of cryptozoology.  The often-excellent pioneering journal Cryptozoology shut down with its patron, the International Society for Cryptozoology, and other attempts have stalled. Now we have a new journal, with the well-known Dr, Karl Shuker as editor. (The peer reviewers are, as standard for a scientific journal, anonymous.)

If the first issue of this slender journal (3-4 papers accepted per issue) is anything to go by, it’s a worthy effort.  After Shuker’s introduction (in which I appreciate that he  specifies the Journal is only concerned with flesh-and-blood animals, no paranormal topics), we get to the first paper, on digital search techniques for finding an unknown object in its most likely range, using a probability map as a starting point for a Digital Search Assistant. This isn’t my area of expertise, so I’ll just say it makes sense the way it’s described. Malcolm Smith contributes a paper on identifying a “Queensland Tiger” footprint sketched in 1871.  That seems a slender reed on which to base analysis, but slender reeds are often the starting point for cryptozoologists (and for "mainstream" zoologists, too!), so the “true unknown” conclusion is intriguing. Markus Hemmler writes on “pesudoplesiosaurs,” the oft-reported carcasses of decaying sharks which tend to look like prehistoric or unknown animals. Hemmler explains how varied these carcasses can be and how easy it is to misidentify them, particularly with respect to skull features. Finally, the always-formidable Dr. Darren Naish takes on an odd mammal carcass in Australia and identifies it with certainty as a domestic cat.

The journal is professionally done, with such features as keywords for each article, well-referenced entries, and drawings and B&W video/film images. It closes with Instructions to Contributors, the most notable of which specify that personal belief in a cryptid isn’t relevant to a scientific paper, and anyone who posits a particular identity for an unknown animal needs to argue scientifically for that identity, not presume it.

Overall, this journal is a big step in the right direction for cryptozoology as a scientific field of study.  I’ll be getting every issue, and, hopefully, making some contributions in the future.
Posted by Jon Downes at 12:03 PM No comments:

So, its all over for another year. Tomorrow everything returns to some semblance of normality (or as near normality as it ever gets in my life). I am currently racing through a book called 'Electric Eden' by Rob Young (a Christmas present from my wonderful wife) that presses all the right Fortean and musical buttons, and tells the story of the sort of music which has kept me going for the past 30 years. Highly recommended.

*  The Gonzo Daily is - as the name implies - a daily online magazine (mostly) about artists connected to the Gonzo Multimedia group of companies. But it also has other stuff as and when the editor feels like it. The same team also do a weekly newsletter called - imaginatively - The Gonzo Weekly. Find out about it at this link: http://gonzo-multimedia.blogspot.com/2012/11/all-gonzo-news-wots-fit-to-print.html
*  Jon Downes, the Editor of all these ventures is an old hippy of 53 who - together with his orange cat - puts it all together from a converted potato shed in a tumbledown cottage deep in rural Devon. He is ably assisted by his lovely wife Corinna, his bulldog/boxer Prudence, his mother-in-law, and a motley collection of social malcontents. Plus.. did we mention the orange cat?
Posted by Jon Downes at 11:51 AM No comments:

On this day in 1900 the mysterious disappearance of the Flannan Isle lighthouse keepers was discovered. http://en.wikipedia.org/wiki/Flannan_Isles#Mystery_of_1900


The mystery of the Flannan Isle lighthouse by popular rock group Genesis:
http://www.youtube.com/watch?v=zauTs0VfI2o
Posted by Jon Downes at 11:50 AM No comments: