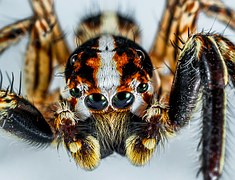 India Today
Some people think they've spotted a Bigfoot on live camera trained on an eagle's nest in Michigan. The clip from a camera mounted on a tree near a ...

Eagle cam captures possible bigfoot video
WWMT-TV
NEAR BEULAH, Mich. (NEWSCHANNEL 3) - This one has been making the rounds in Michigan the last week, and has been building up steam on ...

Peek A Boo Bigfoot
Bigfoot Evidence
Bono Russel of Mojo Encounters shares an amusing story a man related to him about a bigfoot encounter he had. Check it out: ...

There's Something In The Woods
Bigfoot Evidence
David Ford shares about his movie Something in the Woods during the Texas Bigfoot Conference in Jefferson, Texas. He is the writer, producer, and ...

Strange Bigfoot Occurrences of 1958
Bigfoot Evidence
Bigfoot enthusiast Bob Gymlan takes a look at some of the peculiar bigfoot occurrences of 1958, and shows us how evidence can be found in the most ...

Breakdown Video Real Deal Bigfoot Tracks
Bigfoot Evidence
The Paranormal Review takes a look at a video showing some possible bigfoot tracks in Ohio. Are they the real deal, or is there another explanation?

“It's not if they exist, it's how” — Angus nurse recalls Bigfoot encounter
The Courier
A nurse has told how her passion for researching the British Bigfoot phenomenon was sparked by a childhood close encounter in Angus. Charmaine ...

Bigfoot Terror On The Navajo Nation
Bigfoot Evidence
Brenda Harris has had encounters with Bigfoot from the mid 1990's to the present. This has prompted her to do more investigations and continuous ...

Time To Go On A Virtual Bigfoot Hunt
Bigfoot Evidence
Jonathan Odom takes us along on another virtual bigfoot hunt into a hot spot of activity in Alabama. Keep your eyes peeled. A lot of times people spot ...

Hunter Talks About Being Harassed By Bigfoot In Colorado
Bigfoot Evidence
Rocky Mountain Sasquatch Organization shares a report from a hunter who talks about a sasquatch encounter in the Carson Lake area of Colorado.

Breakdown of the Billingsgate Bigfoot Video
Bigfoot Evidence
Is this the real deal? Youtube user Bigfoot Tony takes a look at a piece of video, and comes to the conclusion that it is a genuine sasquatch. Watch the ...

Recently Recorded Bigfoot Audio Has Listeners Perplexed
Bigfoot Evidence
This recent audio of possible bigfoot was posted by Robert Dodson. All kinds of strange sounds can be heard in the recording, from howls, to deep ...

ON THIS DAY IN 1911 China's Manchu dynasty was overthrown by revolutionaries under Sun Yat-sen.
And now some more recent news from the CFZ Newsdesk