Email ThisBlogThis!Share to TwitterShare to FacebookShare to Pinterest
Labels: out of place animals 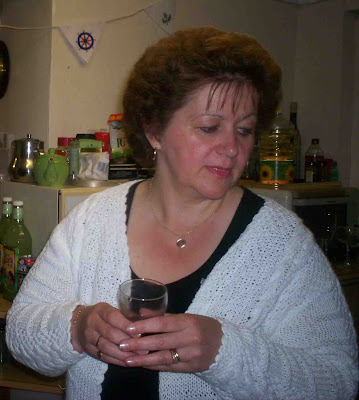 I have known Kaye for longer than anyone else in my life except for my brother and my cousin Pene. I have considered her to be my little sister for many years, and have been Uncle Jon to all three of her kids. Happy Birthday honeypie....

In 1672 Francico de la Vega Casar was sent by his family to study to Las Arenas, where he was often seen swimming in the river for hours. One day, Francisco was dragged by the water, his body was never found. Five years later, some fishermen from Cadiz bay captured a strange man. He was a strong man, about six feet tall, he was pale and had red hair. A line of scales very similar to those from fish ran down his back and he had a brown membrane between his fingers... Francisco de la Vega Casar, the Liérganes fishman, life was brought together and published by Fray Benito Jerónimo Feijoo between 1726 and 1739, and now we can firsthand read Feijoos original writings on Francisco de la Vega Casar, the fishman from Cantabria.

"Read on the complete article at: http://criptozoologos.blogspot.com/2011/11/el-hombre-pez-de-lierganes-de-primera.html

You will be able to translate the spanish text by using the blog translator!
Posted by Jon Downes at 1:18 PM No comments:

http://hauntedskies.blogspot.com/2011/12/sun-sets-on-volume-3-haunted-skies.html
Posted by Jon Downes at 11:13 AM No comments:

Philip Spencer grew up in Anderson County, Kentucky, in the town of Lawrenceburg.

Blessed or cursed with an insatiable curiosity for everything, he has been seeking answers to the mysteries of life, death and the paranormal since childhood. A 40 year veteran investigator, he has amassed a huge number of case files in his research of strange events that have occurred around the world. Bigfoot however, is one of the author's preferred areas of research as in Anderson County, Kentucky, there have been many sightings of the enigmatic creature known the world over. His first book, The Wildman of Kentucky, The Mystery of Panther Rock, entails these sightings and much more, taking the reader on a journey into the heart of the "Dark and Bloody Ground" one of the most active paranormal places in the nation also known as "The Frazier Land."