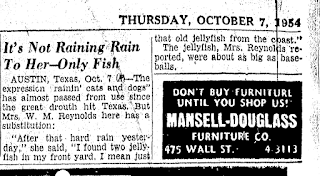 ON THIS DAY IN -  1673 - The first recorded wine auction took place in London.
And now some more recent news from the CFZ Newsdesk