ONE OF MY FAVOURITE CREATURES...

Giant salamanders are the subject of Darren's latest Tet Zoo post. He even gives a brief account of Sligo's salamander, one of my favourite (probably non-) cryptids.

Very much worth checking out
Posted by Jon Downes at 12:19 PM No comments:

THE NEW ISSUE OF PHENOMENA MAGAZINE IS OUT 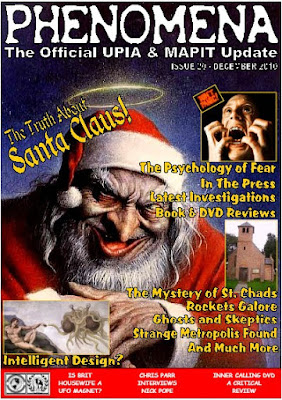 Remember to forward this magazine to any you feel maybe interested and send any articles for submission to this new email address.

The Phenomena Magazine team
http://www.phenomenamagazine.co.uk/
Posted by Jon Downes at 12:17 PM No comments:

OLL LEWIS: The Slender Man (or the creation of a modern myth) 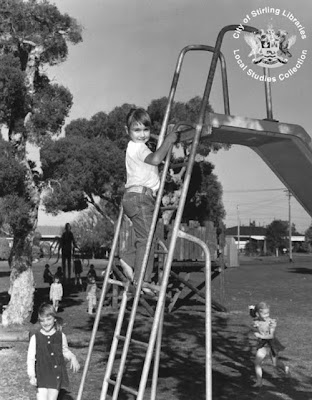 It is reported that in 1972 the Toronto Society for Psychical Research met with the intention of seeing if it were possible to actually invent a ghost or poltergeist. They named their “ghost” Philip Aylesford and set up a detailed biography for him containing lots of the sorts of stereotypical details you find in the most popular and clichéd creepy ghost stories: events taking place during the English civil war, a stately home, witchcraft, gypsies, a doomed love affair, a horrific execution on trumped-up charges and a violent death. The group then met in well lit rooms to visualise Philip and after a year of this moved on to séances and such like where they started to receive positive results suggesting that Philip had now become an entity independent of the TSPR.
Of course all that is pure conjecture because séances are pretty easy to fake but if you believe the TSPR account then they created some sort of tulpa or zooform phenomena, purely by believing it. Whether hoax (as I strongly suspect) or not, the story of Philip has become one of the most often quoted bits of modern folklore, is trotted out in most books written about the nature of ghosts and has become a modern myth. People all over the world have reported making some form of contact with Philip ever since.

Many people have tried to replicate the alleged success of the Philip group by attempting to create their own ghosts or zooform phenomena in the same way, and some have even gone on to become popular local folklore, like lizard-men or goat-men said to stalk lonely woodlands in the United States on the lookout for “no-good teens” and other rapscallions, for example. In the last 18 months a similar myth has grown through the internet and is starting to enter local urban mythologies all over the world: The Slender Man. 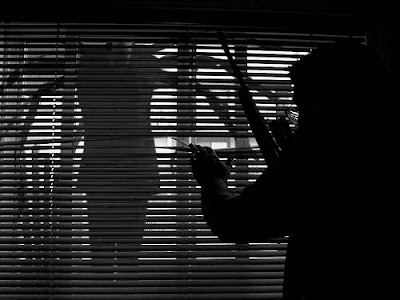 y had created. Most of the posts were either ghosts, UFOs, Bigfoot or the occasional screaming face reflected in a stream or window, but The Slender Man struck a chord with people as it was something that sounded a bit more creepy than the rest of the stuff on the thread and had an intriguing back story. In the words of its poster, Victor Surge:


One of two recovered photographs from the Stirling City Library blaze. Notable for being taken the day which fourteen children vanished and for what is referred to as "The Slender Man". Deformities cited as film defects by officials. Fire at library occurred one week later. Actual photograph confiscated as evidence.

Buoyed by the commen 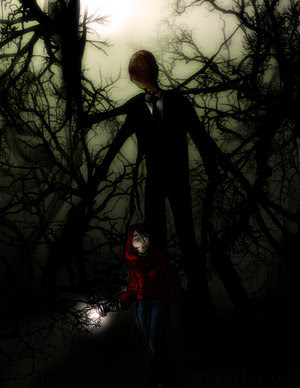 The Slender Man soon started appearing on other popular websites like 4chan's paranormal board /x/ from where the fame of this Stephen-King-style creature boomed among the more internet-savvy members of the population and it flourished as a low-key internet meme. Since its introduction several people around the world have invented their own sightings, adding to the mythos of the strange man-like creature. It will be interesting to see just how this develops, and if and when people who don't know of The Slender Man's origins start to report sightings of a tall man without a face and very long fingers....
Posted by Jon Downes at 12:11 PM 8 comments:

NOW DO YOU SEE WHY ORANGE CAT GETS THE TYPESETTING CREDITS SO OFTEN? 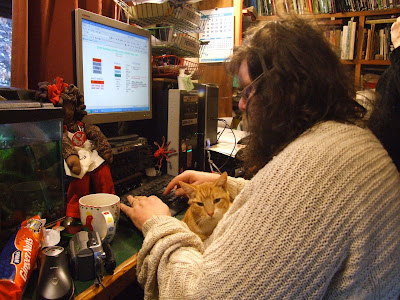 John Hanson took this picture in the study on saturday. Spider has been inseparable from me ever since I started to treat his abcess three times a day..
Posted by Jon Downes at 12:06 PM 1 comment:

Also, a review of an odd little crypto book published this year:

Bird From Hell and Other Mega Fauna

http://www.strangeark.com/bfr/reviews/review-bird-from-hell.html
Posted by Jon Downes at 12:05 PM No comments:

The other day I came across the following story in The China Mail of June 19th 1933:

Twice the size of normal man

The perfect skeleton of a man, nearly twice the size of a normal man, has been discovered near Tuzla Bosnia. Workmen digging the foundations of a house, discovered a huge marble slab, 15 feet long,19 feet wide and 4 feet 6 inches thick,under which the skeleton lay. Roman weapons and coins also found in the grave prove that the remains date back to the time of the Roman occupation of the Balkan Peninsular.

The skull is large, even in proportion to the other bones, and the jaws, which are well developed are filled with huge and perfectly preserved teeth. An expert has been called in to try to decipher the writing on the marble slab, which is much worn and thick with dirt.

Peasants of the whole district joined in the digging and pulling before the slab could be raised disclosing the grave.Further excavations around the grave have revealed many other graves of normal size and undoubtedly of Roman origin. – Reuter.

On this day on in 2006 NASA released photographs taken by the Mars Global Surveyor that showed gullies, weathering and erosion likely caused by water.
And now, the news:

Or you could just use a dog flap, which is like a cat flap, but bigger and has been around for years. Anyway, it looks like it's going to be cats again today as well:
http://www.youtube.com/watch?v=CVmGBoPx6Ms
Posted by Jon Downes at 11:57 AM No comments: