THERE'LL BE ANOTHER RISING

The CFZ has always had a soft spot for peculiar art projects, especially when said art projects have some sort of relevance to monstrous occurrences. So, it is with great pleasure, that we tell you about the latest project from our friend, colleague, and promoter of Weird Weekend North: Glen Vaudrey.

He wants nothing more than to erect a 6ft high, bronze statue of Great Cthulhu on one of the Orkney Islands.

Over the years, my friends have come up with absolutely bloody stupid ideas but this one completely takes the biscuit, and so I am massively proud to be able to throw the entire weight of the Centre for Fortean Zoology marketing team (me and Olivia) behind endorsing this remarkable project.
It is said that when the stars are in position Cthulhu will return. If that’s anytime soon it might be a good idea to get on Cthulhu’s good side.
Like the best of ideas this came to me in a dream. While Cthulhu is well known it appears that there is no large monument to celebrate HP Lovecraft’s greatest creation so I am looking for funding to place a bronze statue of Cthulhu in Orkney.
You might be wondering why Orkney is the ideal place for this statue, it might be thought an unlikely location for the city of R'lyeh. However it does have a better case than many other places. The reason is that I have been researching reports of strange creatures and monsters in both folklore and written records from the isles and have found many of these reports are similar in substance to the works of Lovecraft with tales of people interbreeding with fish folk and islands that rise from the depths only to vanish again.
If the funding target is met I, as an artist and sculptor, will design a 6ft tall bronze statue of Cthulhu which will be cast and then placed in a location in Orkney. The site will have full public access.
Sadly casting large bronze statues isn’t cheap and that is why this fully costed appeal for funds appears high.
If funds exceed the target for Cthulhu there are further plans.
One thing is for certain there will be nothing like it anywhere else in the world

The concept design for the statue itself. Alongside is a 6ft tall figure to show just how imposing the completed work will be. If enough funds are raised this is the basic plan for the start of the sculpture park.

https://www.kickstarter.com/projects/1556041024/the-world-needs-a-cthulhu-bronze-statue
Posted by Jon Downes at 3:08 PM No comments:

By GARETH DAVIES FOR MAILONLINE
PUBLISHED: 11:27, 28 June 2017 | UPDATED: 11:43, 28 June 2017
Nature lovers claim they have found the Russian version of the legendary Scottish Loch Ness monster.
The supposed Russian Nessie - the mythical sea creature - was captured on camera in photographs showing what appears to be a white head and part of a body of a sea monster coming from the water.
The photographs were taken at Lake Khanto in the city of Noyabrsk in north-central Russia's Yamalo-Nenets Autonomous Okrug region by a man out for his morning run. 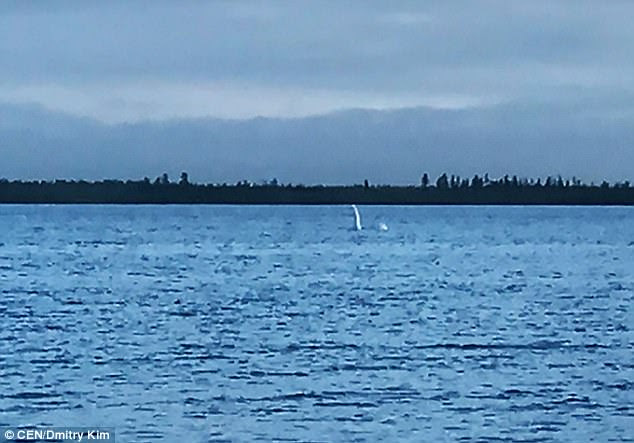 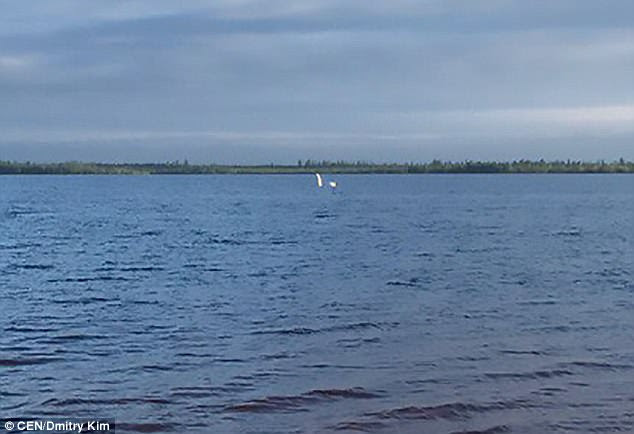 http://www.dailymail.co.uk/news/article-4646648/Nature-lovers-spot-Loch-Ness-monster-Russian-lake.html
Posted by Jon Downes at 2:03 PM No comments:

THE GONZO BLOG DOO-DAH MAN LOOKS FORWARD TO A KIP

'I thought I was going to be killed': Rob Lowe tells of the terrifying moment he came face-to-face ...

Daily Mail
Rob Lowe says a hairy encounter in the Ozarks left him fearing for his life after he encountered the mythical 'Bigfoot' - or one of its relatives. Lowe, 53 ...
Rob Lowe Says He Saw Bigfoot, Knows He Sounds Like a 'Kook' - PopCrush
Rob Lowe claims he found Bigfoot - Death and Taxes
Rob Lowe says he saw bigfoot in the Ozarks - KSDK
Full Coverage

Rob Lowe says he feared death during bigfoot-like encounter
fox8.com
Actor Rob Lowe behind the scenes of Making with Michaels at Stage THIS on March 1, 2017 in Sun Valley, California. (Photo by Rich Polk/Getty ...
Yes, Rob Lowe has seen Bigfoot - A.V. Club
Rob Lowe says he encountered bigfoot-like "wood ape" - CBS News
Rob Lowe thought he was going to be killed by Bigfoot-like creature in Ozarks - MLive.com
Full Coverage
Posted by Jon Downes at 9:40 AM No comments:

ON THIS DAY IN - 1888 First (known) recording of classical music made, Handel's Israel in Egypt on wax cylinder
And now some more recent news from the CFZ Newsdesk