Today we celebrate the advent of the newest member of our team; Timmy (aged 12) who will (I am sure) add valuable insights and input into all that we do, (or at least will keep the fishtanks clean). We also send a big 'Get Well Soon' to erstwhile team member Dan Taylor who had an operation this morning...

Hawkwind are one of our favourite bands and it is good to see that after 40 odd (sometimes extremely odd) years in the business that they are still going strong. We followed them closely on their last UK tour and are fairly confident that our roving spacerock correspondents Graham and Davey will be there on at least some of the tour dates that we announce here today.
http://gonzo-multimedia.blogspot.co.uk/2012/08/hawkwind-spacerock-tour-dates.html

Iona are one of the leading Celtic folk rock bands in the world. Now, I have to be careful here, because I have just called them 'Celtic Folk Rock' which is what they sound like to me. However, I am an old git of 52, and my young nephews and neices (especially nephews) keep reminding me that I know nothing about contemporary music classifications. max, for example, will never let me forget that I classified something as 'Prog Dark Metal' when it was actually 'Neo Prog Black Metal', so forgive me Iona if I have got your classification wrong. Nevertheless, their newsletter is very interesting, and there will be more tomorrow.
http://gonzo-multimedia.blogspot.co.uk/2012/08/iona-news-update.html

Michael Des Barres does not just sing, compose and act, he is also a damn good writer, and I agree with everything that he says in this guest blog that he wrote for a well known Hollywood bloggything. Yes, the music industry is indeed dead. It is up to us to decide what to do with the corpse. I suggest a Viking Burial...
http://gonzo-multimedia.blogspot.co.uk/2012/08/michael-des-barres-sex-drugs-and-chick.html

Yes are a particularly interesting band and should be congratulated for having remained true to their roots for over 40 years now. On the Gonzo Daily we have been following the progress of the latest round of Yes promotional interviews. There have been lots of interviews with Chris Squire, but now we have an interview with drummer Alan White, who has been one of my favourite drummers since he appeared on Live Peace in Toronto with John and Yoko...
http://gonzo-multimedia.blogspot.co.uk/2012/08/yes-alan-white-interview.html

Peter McAdam is a massively funny man. I am very proud to have worked on his first book and to have brought the peculiarly surrealchemical world of the 9 Henrys into the public domain. If I achieve nothing else in my life, I will have achieved magnificence by doing this.
http://gonzo-multimedia.blogspot.co.uk/2012/08/peter-mcadam-stonking-revew.html

I have just been sent a whole string of Israeli reviews for Erik Norlander. The only trouble is that I have no references as to where they come from. If anyone knows, can they tell me...
http://gonzo-multimedia.blogspot.co.uk/2012/08/erik-norlander-israeli-review.html

So, my dears, that's it for today. I will be back tomorrow
Posted by Jon Downes at 1:16 PM No comments:

Hi Jon its Aubrey, been a while but I am on your site weekly and watch all your On the Track. I love what you all do. As you know I am an artist and the last 18 months started doing art with magnets.

I create beautiful things and post everything on YOUTUBE under the name COCOAUB. The product I use is called Nanodots, they are also called Zen Magnets, Neo Cubes, Magno balls and in Britian I believ they are called Ningobo balls. I did not get a lot of interest the first 6 months and only had 40,000 views for all my videos. The last year I have watched my videos viewed 2.7 million times world wide. I am now called the best in the world. These rare earth magnets are powerful.

Tonight I am releasing my 499'th video dedicated to you and your good wife, as well the CFZ. My latest video is of Nessie or Nanosaurus I called it this because of my sponsor Nanodots...long story. In a couple of days I will release a Massive gold Pyramid made from 103,000 magnets. 500 videos in 18 months below is the link. Again all my best to you all my friend

Thank you my friend. Corinna and I are very honoured
Posted by Jon Downes at 1:14 PM No comments:

WAS THERE EVER ANYTHING AS COOL AS THIS? It has chickens and The Beatles, who could ask for anything more?

http://cryptozoologynews.blogspot.com/
On this day in 1932 the actor Peter O'Toole was born. O'Toole is best known for the 80s ghost comedy film “High Spirits” but also stared in several other films such as Laurence of Arabia, Stardust and Ratatouille.

The trailer for O'Toole's greatest film:
http://www.youtube.com/watch?v=oJR91E9KnU8
Posted by Jon Downes at 12:16 PM No comments: 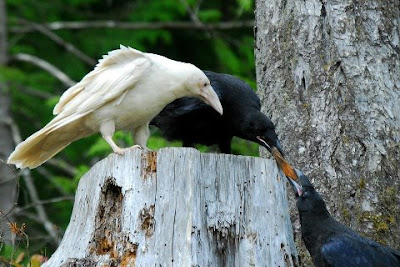