BILLINGS - Pete Wilson is a patient man, and patience is a useful virtue for a bigfoot researcher. After years of working in the field and investigating reported bigfoot encounters by others, Wilson has been rewarded with seeing a few likely footprints and hearing what he thinks was the howl of a sasquatch. Also, he said, "we've had rocks thrown at us, which is a common trait among bigfoot."
But he has learned enough to give him hope that he'll actually see a sasquatch in his lifetime. "I'm pretty convinced they're real, but I've got to get that sighting," he said. "I've got to prove it to myself." Wilson, who moved to Billings from Virginia in June, is hoping other Montanans will help him in his quest. He has founded Sasquatch Watch of Montana and has created a website so people can report sightings or otherwise get involved in the search.
Read on...
Posted by Jon Downes at 3:23 PM No comments:

When views have existed for many years, it can be extremely arduous changing them. New Zealand is a classic example, it was always thought that we were free from snakes, crocodiles and even apart from three species of bats, mammals as a whole. A way different picture is certainly now being painted of New Zealand in its early years. Yes most certainly birds abounded but as it would appear, so did a large species of Python, crocodiles and a small species of rodent perhaps the first of many to be found. Read on...
Posted by Jon Downes at 3:04 PM No comments: 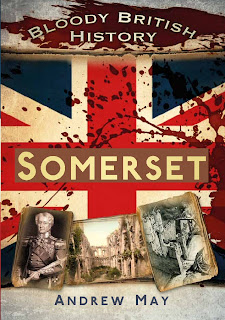 I was very pleased to be given the opportunity to write a volume on Somerset for the Bloody British History series from The History Press. This is my kind of history – all the good bits and none of the boring bits. As well as the eponymous “bloody” history (prehistoric cannibals, Viking invaders, Catholic-massacring Puritans and Victorian murderers) there is no shortage of more offbeat items to interest a Fortean audience:

KARL SHUKER: The Dodo that was a No No

http://www.karlshuker.blogspot.co.uk/2012/09/the-stuffed-dodo-that-was-no-no.html
Posted by Jon Downes at 1:40 PM No comments:

I WISH PEOPLE WOULD STOP CALLING THESE CREATURES CHUPACABRAS

"my daughter and i saw this odd looking animal yesterday on the campus of southwestern high school!! looks to be a chupacabra!! "

The picture is too blurry to tell whether there are the diagnostic 'pouches' on its haunches, which mark it as being something other than a mangy coyote...

And here is another one, and this time look at its haunches:

I actually posted this yesterday, but messed it up on the notifications. JD

New at Frontiers of Anthropology:
http://frontiers-of-anthropology.blogspot.com/2012/09/genetics-traces-of-unknown-humanoid-in.html


And my blog touches on a character in Benny's current blog:


http://bennypdrinnon.blogspot.com/2012/09/john-force-magic-agent.html
Posted by Jon Downes at 1:14 PM No comments:

It's sunday morning goodness me
I was still typing at half past three
and I didn't get to sleep till five
its a wonder that I'm still alive
There's something wrong, I really think
My body clock is out of synch
But its sunday and again its time
to do the Gonzo thing in rhyme
For some reason when I awoke
I was thinking hard about this bloke
one of my favourites, you'll liken him too
here's a Kevin Coyne song just for you
http://gonzo-multimedia.blogspot.co.uk/2012/09/im-editor-and-i-will-be-self-indulgent.html
Here's another treat for you
An exclusive Michael Des Barres review
and pictures taken with a zoom
on friday night at the Viper Room
http://gonzo-multimedia.blogspot.co.uk/2012/09/michael-des-barres-at-viper-room-on.html
Now once again (wouldn't you know it)
we visit Thomas the World Poet
the more I read, the more I've found
his politics are really sound...
http://gonzo-multimedia.blogspot.co.uk/2012/09/thom-world-poet-daily-poem_23.html
I've found Johnny Foreigners are rum coves
because they don't heard sheep in droves
across the city (for goodness sakes man)
the guy doing it is our Rick Wakeman
http://gonzo-multimedia.blogspot.com/2012/09/rick-wakeman-drives-sheep-across-london.html
And now a really cool review
of a gig in 1972
Ideal for us muso bores
with Hawkwind, Sandy, and The Doors
http://gonzo-multimedia.blogspot.co.uk/2012/09/link-doors-sandy-denny-hawkwind.html
And now with our banners unfurled
here's Cathy, the Jefferson Starship girl
a really groovy rock and roll chick
who's now taken over from Grace Slick
http://gonzo-multimedia.blogspot.com/2012/09/jefferson-starship-cathy-richardson.html
That's just about it for this humble freak
the poems will be back next week
The Gonzo Daily is a two way process. If you have any news or want to write for us, please contact me at jon@eclipse.co.uk. If you are an artist and want to showcase your work, or even just say hello please write to me at gonzo@cfz.org.uk. Please copy, paste and spread the word about this magazine as widely as possible. We need people to read us in order to grow, and as soon as it is viable we shall be invading more traditional magaziney areas. Join in the fun, spread the word, and maybe if we all chant loud enough we CAN stop it raining. See you tomorrow...

Nothing from Oll which is unusual. But here are the links...