Posted by Jon Downes at 8:30 PM No comments: 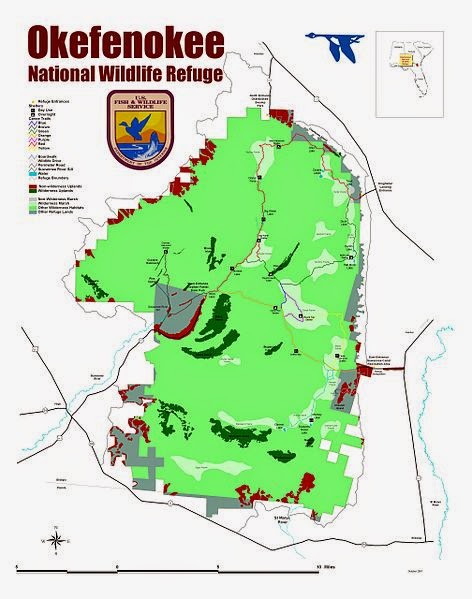 Bigfoot Evidence ⋅ Matt K.
The RMSO brings us this bigfoot sighting report from two geologists who were traveling to Yellowstone. The incident took place 20 to 30 miles from the

The Point Sasquatch mask: Can we connect it to modern Bigfoot lore? | Doubtful News
doubtfulnews.com
This story is making the rounds on Bigfoot sites. The mask and native stories are often used as circumstantial evidence to support the idea of the reality

After Hours with Rictor (The #1 Bigfoot Webcast) # 28: Ron Morehead (Sierra Sounds) (Part 1 of 2)
muldersworld.com
Roger Patterson and Bob Gimlin may have given us the best Bigfoot footage, Ron Morehead, and his late friend Al Berry, gave us the best audio ...

Yowiehunters Forum • View topic - Full Moon= yowie/bigfoot activity?
yowiehunters.net
Not sure myself but the increase of other creatures avtivities may pose an incentive for prey opportunities, I just wonder how well their eyes work

www.gonzomultimedia.co.uk/about.html
Everything is once again overshadowed by poor Emily's time in hospital. However, she is home again now, although the scan came our with nothing conclusive. I must apologise to Judy Dyble - I completely cocked up yesterday's Track of the Day until she pointed it out (very nicely I have to say). So Judy - you have the TOTD again today, anbd I truly think I have tot it right now. Mark Raines and Graham are doing esoteric things in the garden with gravel, and I have been struggling all day with a recalcitrant hum in my mixing desk. Ho Hum.
IMPORTANT GONG ANNOUNCEMENT
http://gonzo-multimedia.blogspot.com/2014/05/important-gong-announcement.html
Leonard Cohen’s Feb 26, 1964 Letter To Redmond Wallis
http://gonzo-multimedia.blogspot.com/2014/05/leonard-cohens-feb-26-1964-letter-to.html
Cropredy ready to go for world record bunting attempt
http://gonzo-multimedia.blogspot.com/2014/05/cropredy-ready-to-go-for-world-record.html
Captain Beefheart 1980 concert recording seeing release
http://gonzo-multimedia.blogspot.com/2014/05/captain-beefheart-1980-concert.html
THOM THE WORLD POET: The Daily Poem
http://gonzo-multimedia.blogspot.com/2014/05/thom-world-poet-daily-poem_16.html
GONZO TRACK OF THE DAY: Judy Dyble - Dreamtime
http://gonzo-multimedia.blogspot.com/2014/05/gonzo-track-of-day-judy-dyble-dreamtime.html
The latest issue of Gonzo Weekly is up on www.gonzoweekly.com and features a conversation between Jaki Windmill and the late Mick Farren, an interview with the mighty XNA, a feature on Crowded House, news about some recently uncovered Robert Calvert video, proof that Progressive Rockstars have a sense of humour, and a collection of more news, reviews, views, interviews and brindled gnus (OK, no specialised ox-like antelopes, but I got carried away with things that rhymed with OOOOS) than you can shake a stick at. And the best part is IT's ABSOLUTELY FREE!!!
The full list of artists covered in this week's episode is: Mick Farren, Chuck Berry, Led Zeppelin, Morrissey, Pussy Riot, Nirvana, Monty Python, Stonehenge, Galahad, Michael des Barres, Fish, Robert Calvert, Rab Noakes, Barbara Dickson, Sendelica, Erik Norlander, Rocket Scientists, Clepsydra, Rick Wakeman, Ginger Baker, Rush, Marillion, Strange Fruit, Sub Reality Sandwich, Jaki Windmill, Tim Rundell, Howard Smith, Elaine Sturtevant, Leslie Thomas, Jean Philippe Rykiel, Joey Molland, David Jackson, Rene van Commenee, Pierre Moerlen’s Gong, Clearlight, Planet Earth Rock ‘n’ Roll, Kevin Ayers and the Whole World, Ian Anderson, Damon Albarn, Mike Oldfield, XNA, John Lennon, Yes, Steve Howe, Steve Hackett, Michael Jackson, One Direction, Bay City Rollers, Bob Dylan,  Justin Beiber, Kataklysm, Lives & Times, Asmegi
Read the previous few issues of Gonzo Weekly:
Issue 76 (Rick Wakeman cover)
http://gonzo-multimedia.blogspot.com/2014/05/gonzo-weekly-78.html
Issue 75 (Hawkwind cover)
http://gonzo-multimedia.blogspot.com/2014/04/gonzo-weekly-75.html
Issue 74 (Billy Sherwood cover)
http://forteanzoology.blogspot.co.uk/2014/04/gonzo-weekly-74.html
All issues from #70 can be downloaded at www.gonzoweekly.com if you prefer. If you have problems downloading, just email me and I will add you to the Gonzo Weekly dropbox. The first 69 issues are archived there as well. Information is power chaps, we have to share it!
To make sure that you don't miss your copy of future issues make an old hippy a happy chappy and subscribe
http://eepurl.com/r-VTD
*  The Gonzo Daily is a two way process. If you have any news or want to write for us, please contact me at  jon@eclipse.co.uk. If you are an artist and want to showcase your work, or even just say hello please write to me at gonzo@cfz.org.uk. Please copy, paste and spread the word about this magazine as widely as possible. We need people to read us in order to grow, and as soon as it is viable we shall be invading more traditional magaziney areas. Join in the fun, spread the word, and maybe if we all chant loud enough we CAN stop it raining. See you tomorrow...

*  Jon Downes, the Editor of all these ventures (and several others) is an old hippy of 54 who - together with an orange kitten named after a song by Frank Zappa puts it all together from a converted potato shed in a tumbledown cottage deep in rural Devon which he shares with various fish, and sometimes a small Indian frog. He is ably assisted by his lovely wife Corinna, his bulldog/boxer Prudence, his elderly mother-in-law, and a motley collection of social malcontents. Plus.. did we mention the orange kitten?
Posted by Jon Downes at 1:04 PM No comments:

MANY BELATED THANKS TO LARS THOMAS 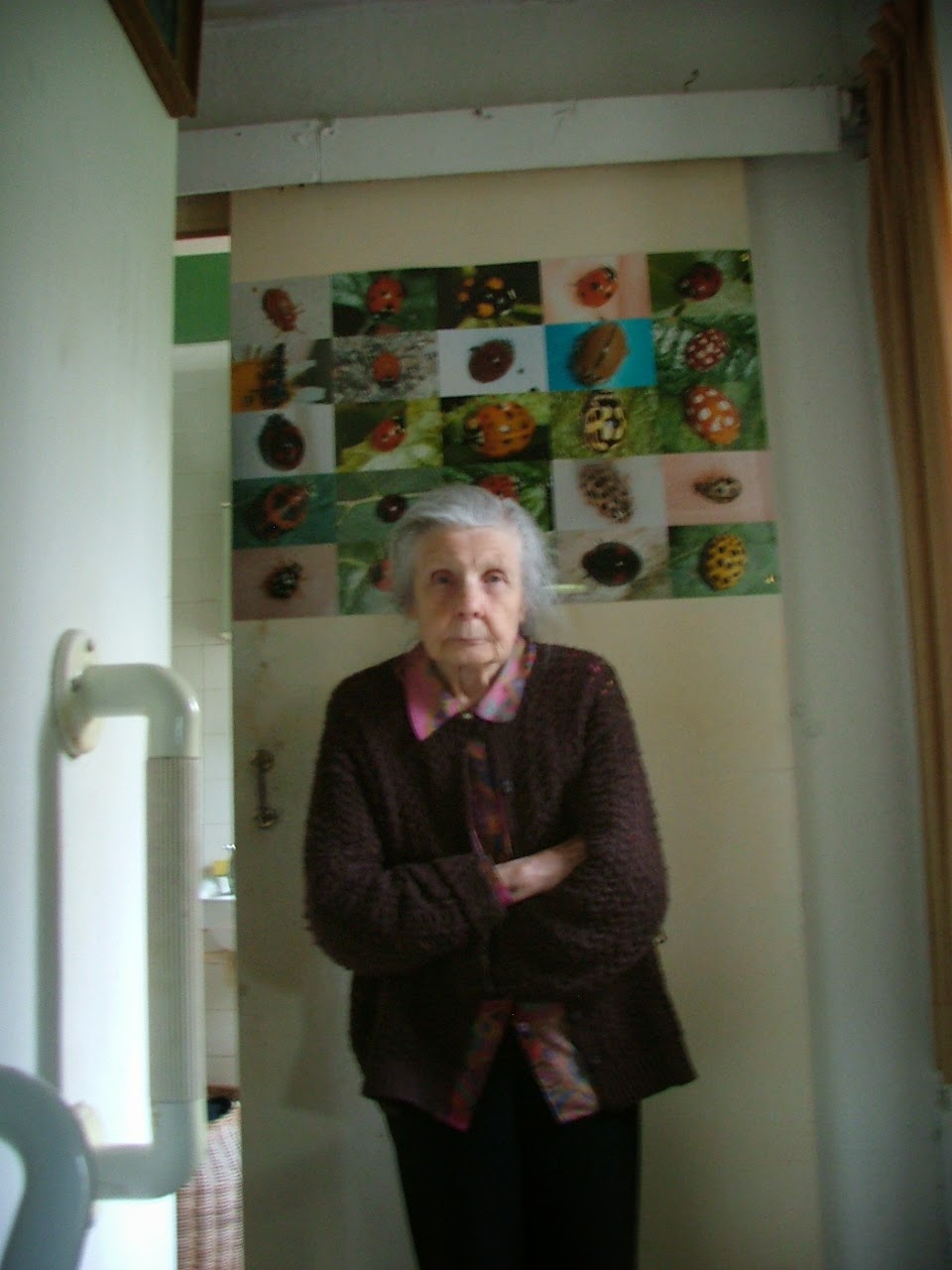 I have been meaning to post this for about a week now, but I am so much of a Space Cadet that I completely forgot. Some weeks ago, Lars Thomas sent us a beautiful poster of Danish Ladybirds. We have put it at the top of the stairs so everyone can see iut us they go up. As you can see from my f" mama-in-law it is a bloody big poster!

On this day in 1896 the American serial killer H. H. Holmes was executed. Holmes was one of the worlds most prolific serial killers thought to have been responsible for the deaths of over 200 people. Many of these deaths occurred his “murder castle” a building that to the outside world appeared to be a hotel. Many of his victims were stripped of their flesh and had their skeletons sold as teaching models for hospitals around the world including the UK.

Here's a link to a documentary about H. H. Holmes, needless to say not for the feint hearted:


http://www.youtube.com/watch?v=gZZ0to3MQrc
Posted by Jon Downes at 8:05 AM No comments: