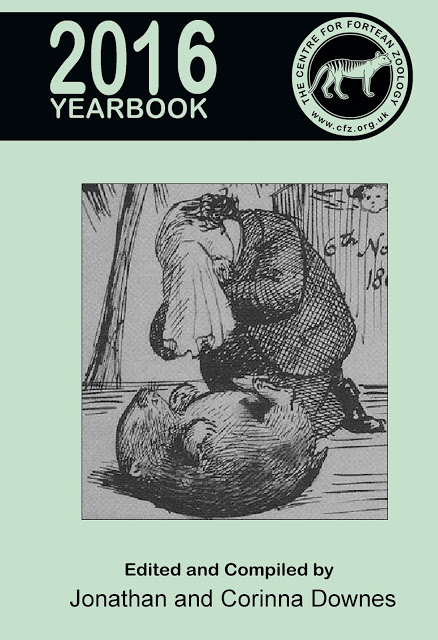 Special Report: Squatching in the Northland

FOX 21 Online
McLaughlin and Del Rio are both members of the Minnesota Bigfoot ... A St. Paul native, Del Rio's obsession with Bigfoot started as a child, when he'd ...

Bigfoot Leaves Tracks in UFO-Crazy Town in New Mexico
Newsmax
Bigfoot exists and has left footprints to prove it, according to one resident of Dulce, a small town in New Mexico also ripe with claims of UFO sightings.
Posted by Jon Downes at 3:16 PM No comments:

DCT WP Cluster 1
It has been faithfully recording Nessie's movements for two decades. And now after logging more than 1,000 sightings, the Official Loch Ness Monster ...

THE GONZO BLOG DOO-DAH MAN STICKS IT TO THE MAN

ON THIS DAY IN - 1779 - The War of Bavarian Succession ended.
And now some more recent news from the CFZ Newsdesk