I have come across a few stories in recent days relating to cryptobotany: firstly a selection from The Saint Paul Globe of March 20th 1904, then the hilarious and apparently true Walking Mango Tree from The Sunday Express of May 18th 1980.

Among the curiosities of tree life is the sofar, or whistling tree, of Nubia. When the winds blow
over this tree it gives out flute-like sounds, playing away to the wilderness for hours at a time strange, weird melodies. It is the spirits of the dead singing among the branches, the natives say; but the scientific white man says the sounds are due to a myriad of small holes which an insect bores in the spines of the branches.

The weeping tree of the Canary Islands is another arboreal freak. This tree, in the driest weather, will rain down showers from its leaves, and the natives gather up the water from the pool formed at the foot of the trunk and find it pure and fresh. The tree exudes the water from innumerable pores situated at the base of the leaves.

In Japan they have a tree called the smoking tree. It is a small tree and has little to attract attention were it not for the fact that most of the time a little cloud, apparently of smoke,
hangs over it a few feet above the top most branches.It looks exactly as if the trunk of the tree were a smoking chimney.

The phenomenon is caused by an emanation which the tree gives out under the effects of sunlight. In Ceylon grows a tree called “Eve`s Apple Tree” .It is the fruit of this tree which makes it remarkable. It is a beautiful tree to look at, deep red on the inside and orange on the outside, and out of each fruit a piece appears to have been bitten. The simulation of a fruit which has recently been bitten into is perfect. You can see the very marks of the teeth, and anyone not knowing the facts would be deceived. For this reason, and because the fruit is deadly poison, the natives declare that the tree is that which grew in the Garden of Eden and was called the Tree of the Knowledge of Good and Evil. After Eve ate of the fruit and thus bought death and sin into the world, the fruit assumed the appearance it has now, as a perpetual reminder of her rash and disobedient act. (1)

Trail of a walking tree

NEW DELHI: Scientist Dr Ashok Marathe, of Deccan College,Poona,India,claims to have found a walking mango tree which is 1,300 years old. He says the tree grows to a huge size,then lowers
one of its branches to the ground, some distance from the trunk, where it takes root.
As a new trunk starts to grow the old one withers away. Seniya Ukhadia, a 95 year-old villager, told the scientist that the tree had changed its location at least three times
in the last 50 years. (2) 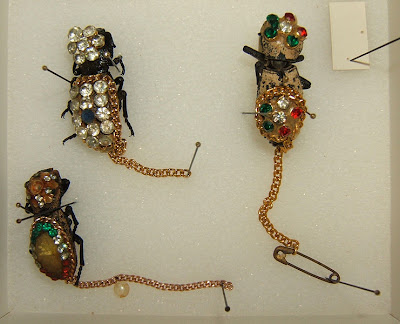 Several places online claim that in Mexico they are decorated and worn as "living jewelry". Here is a picture.
Posted by Jon Downes at 12:30 PM No comments:

Robin Pyatt Bellamy introduces us to her intrepid team, and also posts an overview of Canadian cryptozoology. Who could ask for anything more?

Many thanks, by the way, to Mark North for the smashing logo....
Posted by Jon Downes at 12:15 PM No comments: 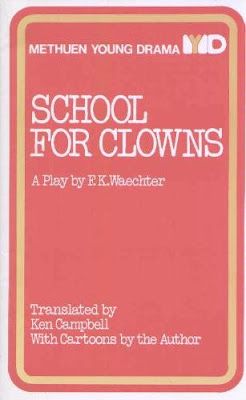 This is a long shot, I know, but is there anyone reading this who has a video copy of School for Clowns, written by and starring Ken Campbell, and first shown on something called `Theatrebox` on Children's ITV in 1981?

Before he left Oliver reminded us that on this day in 1930 Henry Seagrave, who set one water and three land speed records, died.

He will be back tomorrow, which is good, because he is better at this than me...
Published with Blogger-droid v1.7.1
Posted by Jon Downes at 12:08 PM No comments:

Email ThisBlogThis!Share to TwitterShare to FacebookShare to Pinterest
Labels: YNT

One of the sites quoted in the original version declared that the use of the material was infringing upon their copyright. Even though the person in question was admittedly not the owner of the copyrighted longer article in question, both Jon and I felt the only practical thing to do would be to remove the original blog posting, excise the article quoted from the Alaska Journal mentioned in the Wikipedia article and then repost the amended version. Which is exactly what we have done here.
Published with Blogger-droid v1.7.1
Posted by Jon Downes at 12:03 PM No comments: