Wood Knocks - What Do They Mean?
Bigfoot Research News
Wood Knocks. Probably the number one form of communication — that we humans use to try and communicate with Bigfoot. But what do they really ...

Bigfoot Drone Video Creators Admit to Hoax
Above Top Secret
Last week, a drone video caught viral attention when it appeared to show Bigfoot running through a field in Idaho. Now, the creators have released a ...

Demon, Ghost, Alien, Ape, What Is Bigfoot? (Video)
Before It's News
For bigfoot witnesses, it is no longer a question of if these things exist or not, the true question for some has become what are they? Some believe they ...
Posted by Jon Downes at 3:37 PM No comments: 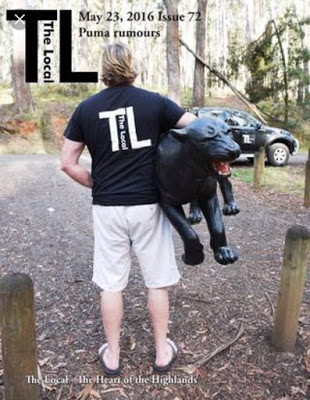 ON THIS DAY IN - 1789 - Captain William Bligh of the HMS Bounty arrived in Timor in a small boat.
And now some more recent news from the CFZ Newsdesk